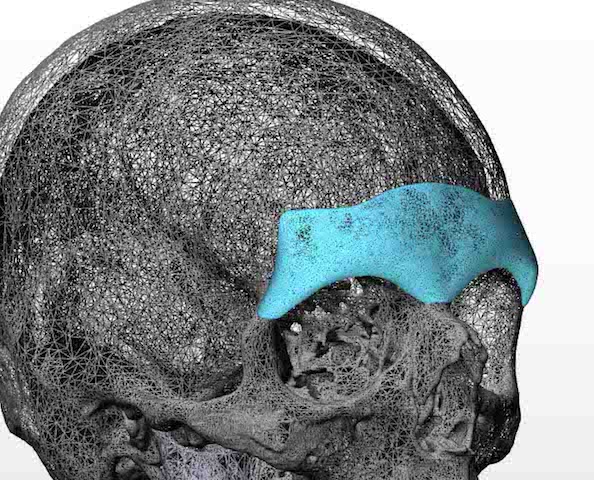 Background: The features that make a man’s face distinct are the three bony levels of the brow bones, cheeks and chin/jawline. These are the three lines of facial convexities whose degree varies amongst different individuals.  While there are many variables that go into these three facial levels as t how they look and there are no absolutes as to how they should look, what is consistent amongst them is that they are strong and not weak in structure.

The one distinct feature of the male forehead is the brow bones. Unlike women they have increased projection over the location of the frontal sinuses (inner half of the brow bones) and, as a result, a distinct brow bone break as it transitions into the flatter forehead above it. How much projection the male brow bone should have aesthetically has never been accurately established. But it is individual’s perspective on whether the brow bone is too big (protruding) or too small. (flat)

Just like in brow bone reduction where the bone must be reduced (which is really more frontal sinus cavity reduction), to create more prominent brow bones requires it to be built up. There are a variety of well known implantable materials that can be used for brow bone augmentation. But when the important factors of minimal scarring and a consistent and symmetric shape that goes down along the lateral orbital rim are needed, only the use of a custom brow bone implant design can meet those objectives. 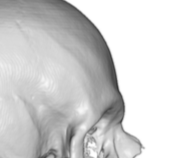 Using his 3D CT scan a custom brow bone implant design was done of 5mms horizontal projection located directly over the bony brow ridge. The lateral extent went down to the frontozygomatic suture line on each side. Topographic features were added to it to more closely resemble the natural protrusions of the frontal sinus which is what makes up the shape of the medial brow bones. 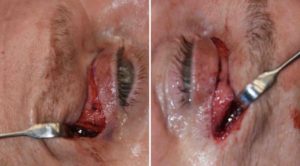 Like all face and body implants, having an established implant shape and form permits limited incisional placement. Given the importance of getting the implant low enough over the brow bones to avoid an unnatural ‘high brow bone’ result, the use of upper eyelid incisions is critical in my opinion. In this patient where upper blepharoplasties were going to be performed anyway, the eyelid incisions where more than generous to do so. In the non-upper blepharoplasty patient, a small lateral eyelid (10mms)is used on the natural crease line.

1) The best approach for brow bone augmentation in males is a custom designed implant.

2) A three incisional triangular approach is used for placement based on endoscopic-guided dissection and placement.

3) Getting the custom brow bone implant positioned low enough over the natural supraorbital ridge and lateral orbital rims is the key intraoperative maneuver.