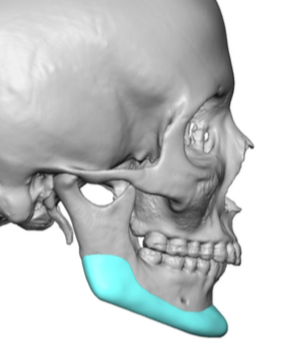 Background: While aesthetic jaw augmentation is historically associated with men, contemporary times have changed. While still not as frequently requested as that of men, more women request jaw augmentation than ever before. This has been driven by the jawlines of well known actresses and models. In reality a great jawline in women has always been a desirous facial feature. As told to me by a famous plastic surgeon from Beverly Hills whose close friend runs a modeling agency…a female can’t get past the front door if you don’t have good jawline.

But what a female desires in the shape of the jawline is very different than that of men. The chin projection must still be adequate but it should be narrow in shape from the front view even to the point of being triangular in shape. The jaw angles should be well defined which means more vertical in length not width. The connection between the chin and the jaw angles should be linear.

While this is the most common female jawline augmentation shape request, it is also clear that even stronger almost male jawline shapes can not be tolerated in women. There are numerous examples on TV and int commercials where the women have very wide jaw angles for a female. But this would not be a typical female request. 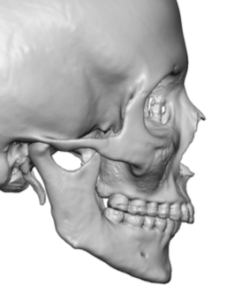 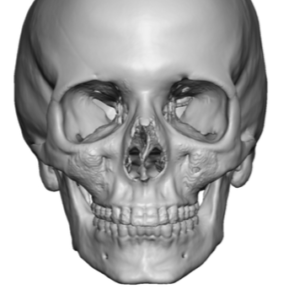 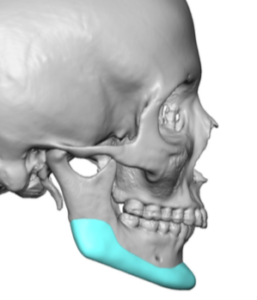 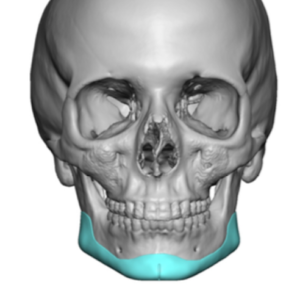 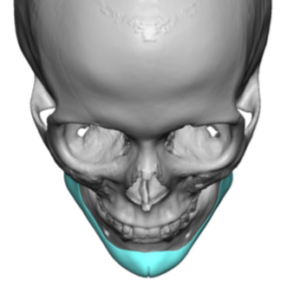 Using her 3D CT scan a jawline implant was designed with a narrow chin shape and an even amount of vertical and width increases of the jaw angles. 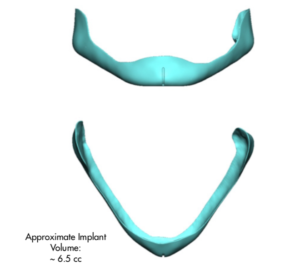 Like many female custom jawline implants the total volume was in single digits. (6.5ccs) Almost no female jawline implant has a volume of double digits or greater than 10ccs. 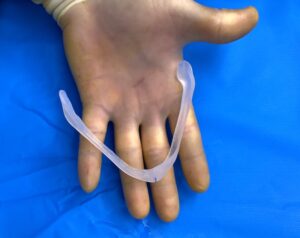 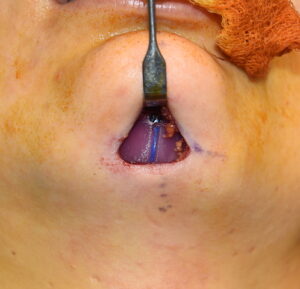 Under general anesthesia and through 2cm incision under the chin and inside the mouth the jawline implant was inserted and secured with a single screw at each corner.

Females usually seek a well defined but sleek jawline shape with a narrow chin and well defined jaw angles. This is a very difficult look to achieve using standard implants although in the right patient it can be done. (triangular shaped anatomic chin implant with vertical lengthening jaw angle implants) But a one piece jawline implant provides connected jawline shape which is one of its key elements.

1) Custom jawline implants are less in size in females due to a smaller mandible and the need for less chin and jaw angle prominences.

3) These petite jawline implants can be placed through very small incisions but still require a three incision triangulated placement technique.