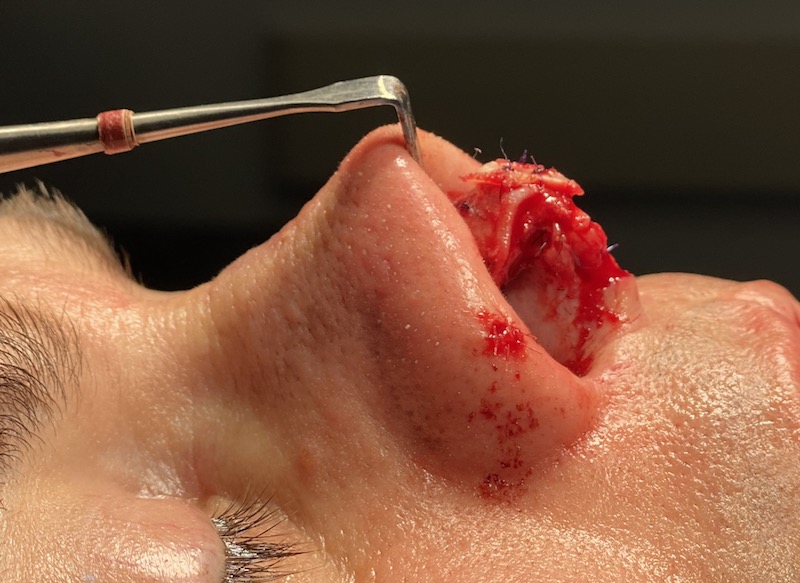 Background: Besides the lip and palate, the classic and common orofacial cleft affects the nose as well. Even though the cleft does not run directly through the external nose it does affect the floor of the nose (palate) which, through deviations of the septum, has extended effects through the middle vault and the alar cartilages of the tip. Caudal septal deviation away from the cleft side, alar rim/tip collapse on the cleft side as well as nostril widening are the most obvious and common cleft-related nasal deformities.

It has been debated as to whether the cleft nasal deformity is one of tissue deficiency or normal nasal tissues that are malformed. It is an interesting debate but when it comes to doing a reconstructive cleft rhinoplasty creating support for the repositioned cartilages of the nose is the key. No matter how you reposition the tip cartilages without adequate added support some degree or relapse is inevitable.

Most of the time adequate cartilage support can be obtained from the septum for most rhinoplasties, particularly if the nose has never had surgery before. But in the cleft rhinoplasty stout cartilage support is needed and no harvest site serves that better than the ribcage. 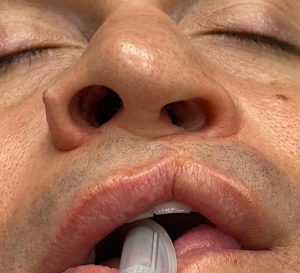 Case Study: This male was born with a left cleft lip and palate deformity for which he underwent a primary lip and palate repair in the first year of life. He had no subsequent cleft surgeries including having a nose that had never been operated on until he sought treatment in his 40s. 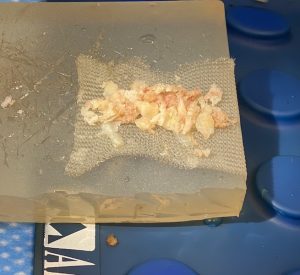 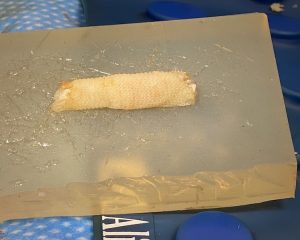 Under general anesthesia and using the left subcostal region for the harvest site, the free end of rib #10 and a piece of rib #9 was taken. Rib #10 was diced and wrapped in a resorbable collagen mesh and used as a dorsal onlay graft. 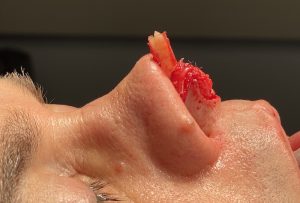 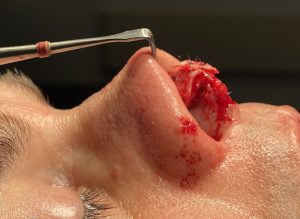 Rib #10 as used to initially make a septal extension-columellar strut graft. Using this as a central midline support, a large shield tip graft was then applied after suturing the lower alar cartilages to it. 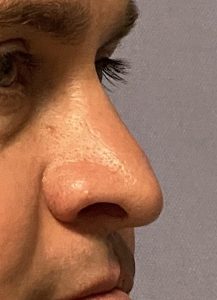 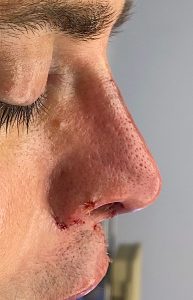 The key to many cleft rhinoplasty surgeries is to have enough cartilage graft material to create the central and elevated tip area. Besides providing more than enough graft material, rib cartilage is also quite stiff even more so than septal cartilage. This combination of graft features allows a solid framework to be created which is particularly needed in the cleft nose.

1) The cleft nasal deformity has a classic set of anatomic derangements which are most manifest in the tip of the nose.

2) Besides the twisted tip shape that occurs from the influence of the clefting process, there is also a lack of cartilaginous support.

3) A rib graft provides all the cartilage support need to adequately address the tip, septum and middle vault deformities.