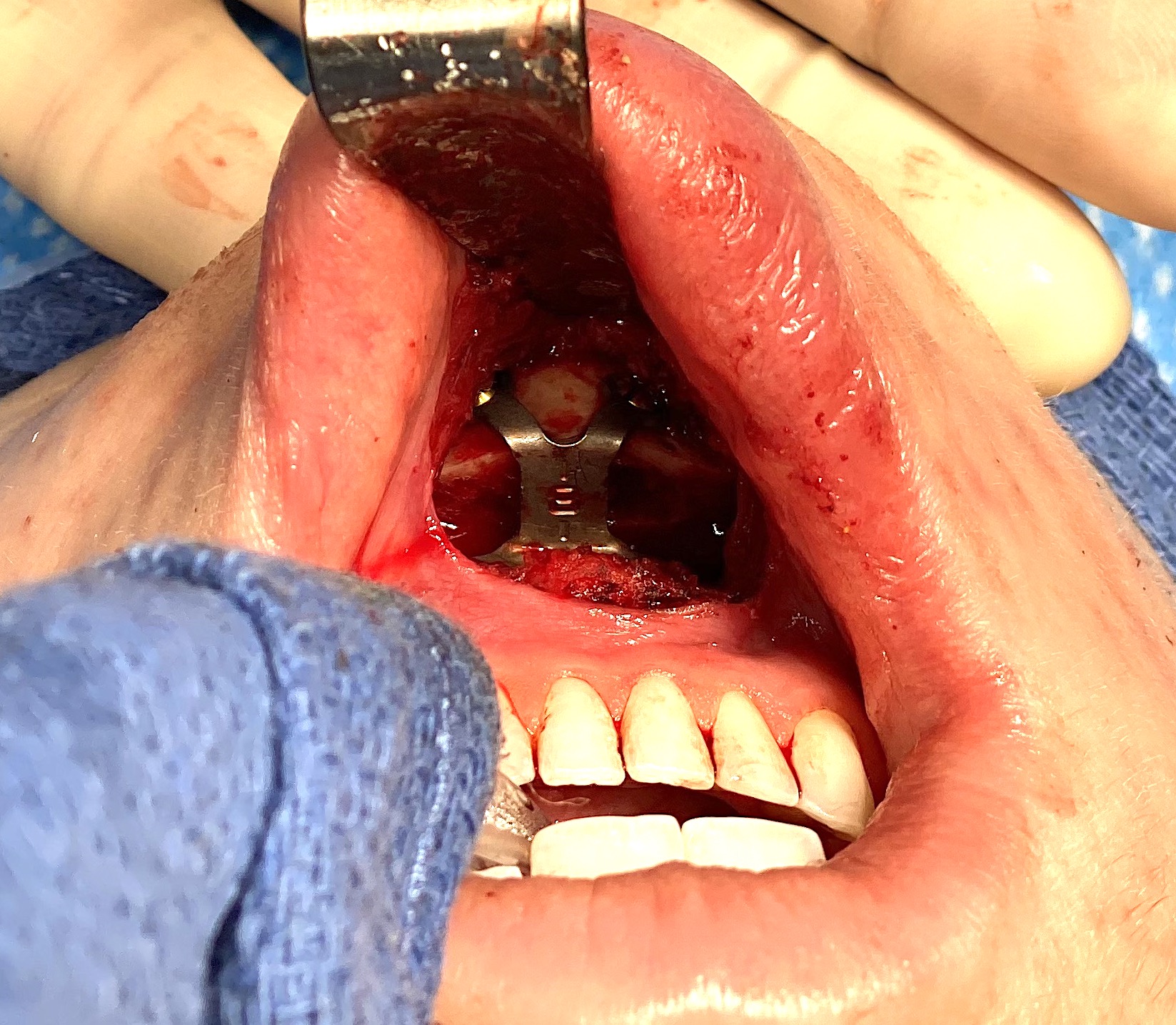 Background:  While the techniques for chin augmentation between men and women are similar, the flavor of the facial reshaping change is different. While most men favor a strong projected lower third of the face, most women opt for a somewhat softer chin projection. The classic bringing the chin projection out to a vertical line dropped down from the lips, as has been an aesthetic principle for a long time, does not apply to most women. It is this type of chin augmentation change in men that leads to revisional surgery.

Aesthetic chin augmentation has a long history that is rooted in aesthetic changes of mild to moderate increases in added projection. It is easy to see this when looking at chin implants, the most common method of chin augmentation, in which their design is to be placed on chins whose pogonion curve faces forward. When chin deficiencies become greater due to an overall lower jaw growth deficiency, the pogonion curve faces downward. When a chin implant is placed on this bone surface it drives the chin projection more downward, causing a loss of forward projection and an increase in the vertical length of the chin.

When the chin is angled backwards this is a good indication for a sliding genioplasty. The chin bone can be moved forward and up preventing an increase in vertical chin length from occurring and maximizing the horizontal projection. It also allows the chin to remain narrow in doing so. In addition as the chin bone moves forward it pulls the attached soft tissues at the bottom and sides of the chin with it. This can have a slimming effect on the face eve if no fat is removed. This effect is further enhanced if any fat reduction is done as well. (e.g., submental liposuction)

Case Study: This female had a significant lower third of the face deficiency due to an underdeveloped lower jaw. (her occlusion had been orthodontically corrected) Her horizontal chin deficiency was 16mms from a straight line dropped down from the front edge of the lower lip. Computer imaging was done to look at various projection increases (small, medium, large) to determine which one looked best to her. She opted for the medium change which was 8mms. The option to being the chin all the way out to the lip line was never an option. 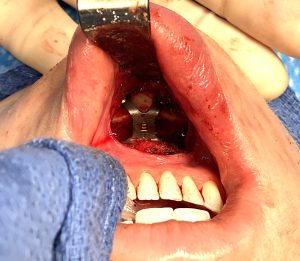 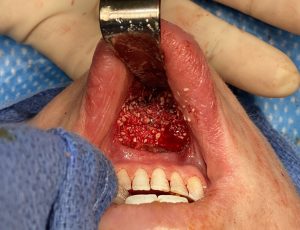 An intraoral sliding genioplasty was done of 8mm horizontal advancement and 2mms vertical shortening.The bony step off was filled with tissue bank bone chips. Once the intraoral incision was closed Submental liposuction was then performed. 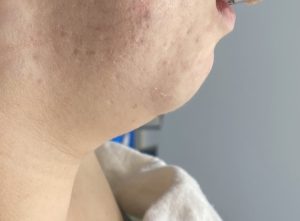 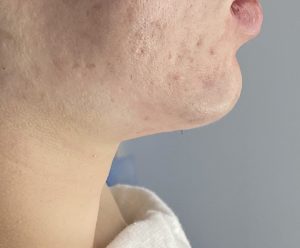 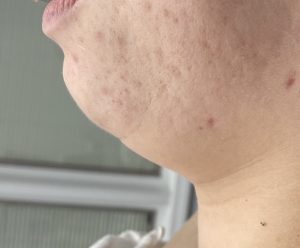 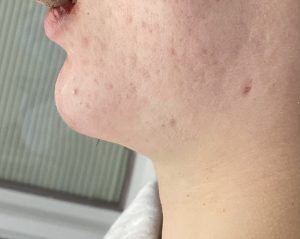 Her intraoperative results showed good improvement in her facial profile but it was not too strong or overdone.

In many female chin augmentations the risk of being overdone is far greater than being underdone. While there are aesthetic guidelines as to where a chin is supposed to be in profile those are really archaic concepts today. What matters is what looks best to the patient which no surgeon can accurately predict on their own. Preoperative computer imaging allows the patient to convey what they want from which the surgical plan is then tailored to try and create. It also allows the surgeon to see how the patient reacts to a variety of different changes which helps determine the type of result they want to avoid. (over vs under correction)

1) In the round face with a short chin a sliding genioplasty is the preferred chin augmentation technique because of its beneficial effects on the soft tissues above and below it.

2) In very short chins in females a substantial amount of chin augmentation may not be a change to which they can ever adjust.

3) In the very obtuse female cervicomental angle the acceptable change would be halfway the ideal angle and where they started.