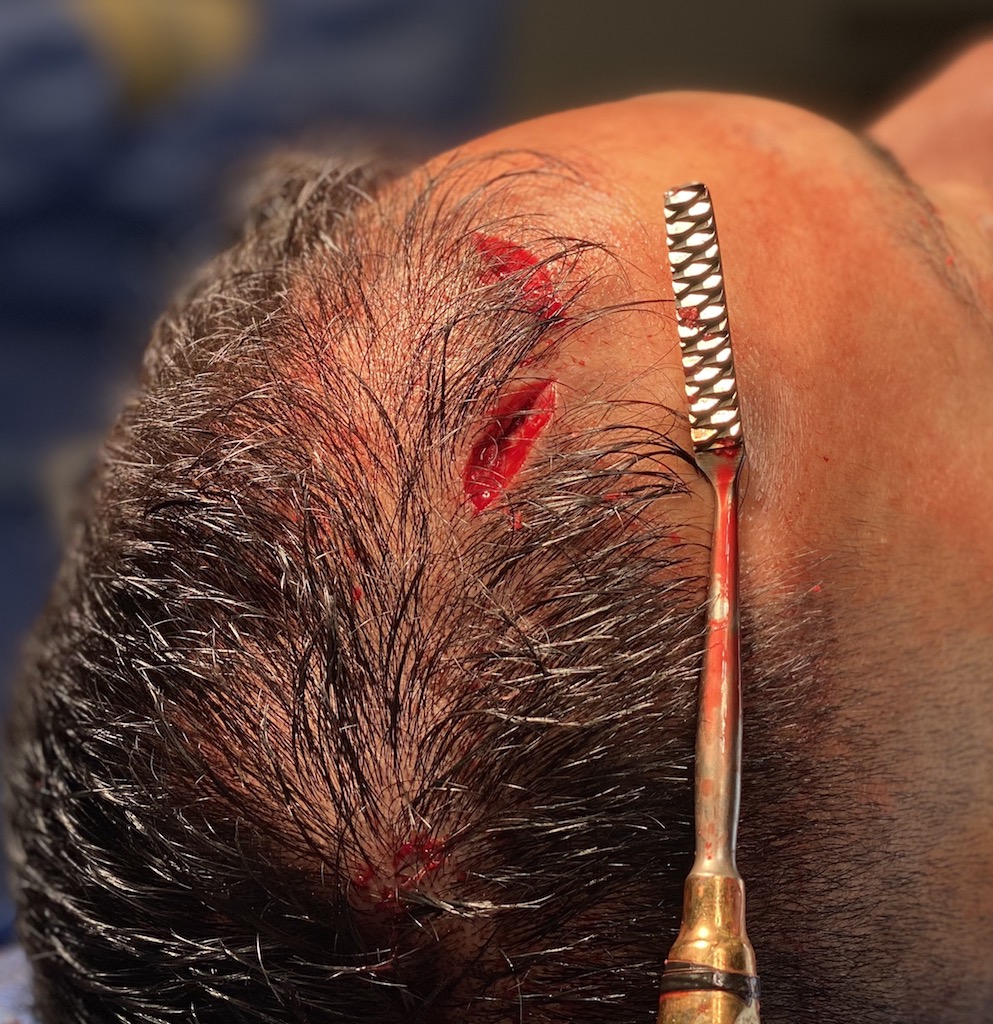 Treating bony forehead asymmetry which requires reduction involves two important issues, what is going to be the incisional access and how is the bone could be reduced/shaved down? Incisional access is the key question and almost always has to be done from a superior scalp or hairline approach. The frontal hairline incision provides the most effective point of access because it permits a linear line of instrument use. This is particularly relevant when using a high speed burring technique but the distance from the incision that can be accessed is limited.

Another forehead bony reduction technique that can be useful is rasping, a little used bone reduction method outside of nose reshaping surgery. Rasping is used in rhinoplasty for dorsal hump reduction/refinement precisely because the incisional access is very limited. Nasal ramps have a range of tooth sizes that permit aggressive reduction to the equivalent of smoothing the surface of the nasal bones. The most commonly used nasal rasps are #1 through #4. Higher numbered or larger toothed rasps are far less commonly used particularly in the very large toothed #s 7 and 8. I have found such aggressive nasal rasps to he very effective in certain types of skull reductions where limited amounts of bone reduction are needed. Their long length and the ability to be used on the convex surface of the forehead and skull. 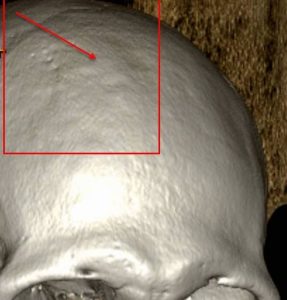 Case Study: This male had three prior right forehead procedures to treat a bony forehead and brow asymmetry. The bone reductions done were very limited and were clearly restricted to just under the small hairline/scalp incisions used. (as shown on his 3D CT scan) Where the bone reduction was performed did not reach the actual bony forehead protrusion and left a divot behind where the forehead reduction was actually needed. He also had a browlift through a separate scalp incision which became hypertrophic from secondary plate and screw removal. 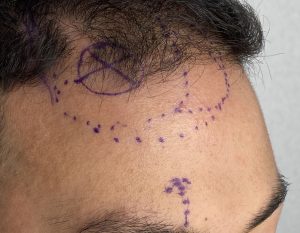 For his 4th and final forehead reshaping surgery, the areas to be reduced were marked and the bony area to be avoided was highlighted. (marked with an X) Both scalp scars were excised and a large rasp was to be used for the marked forehead bony reduction areas. 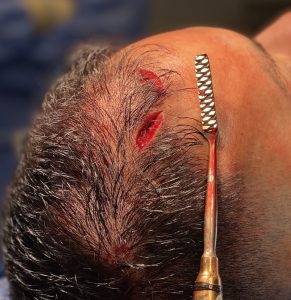 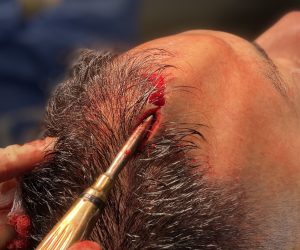 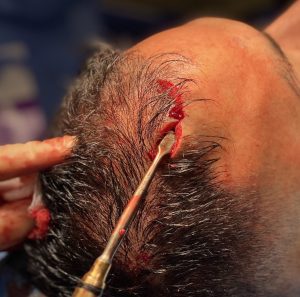 Using a rasp requires knowing whether the teeth are in a pull or push angulation in which the pull rasp is the one of choice. Rasping involves placing it out to the bony reduction areas and then pulling back, angling into the bone. This will permit the bone to be truly shaved in a smooth fashion. It is tedious, which means it takes time, but it can be effective in the 1 to 3mm bone reduction range. 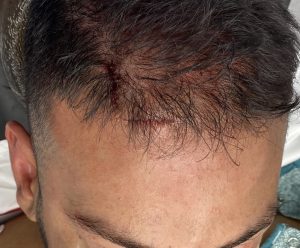 Many upper forehead reductions often only need a few millimeters of bone removal and smoothing to have a good outcome. The use of large-toothed rasps permit such reduction s to be done from small incision with no risk of injury to the scalp or hair shafts/follicles. (unlike high speed burring)

1) Limited forehead bony reductions are best done with a rasping technique rather than a high speed burring.

2) Rasps have the ability to reach forehead and skull areas through small incisions that a high speed handpiece can not.

3) Forehead rasping takes longer than burring as the bone reduction is slower but more controlled.