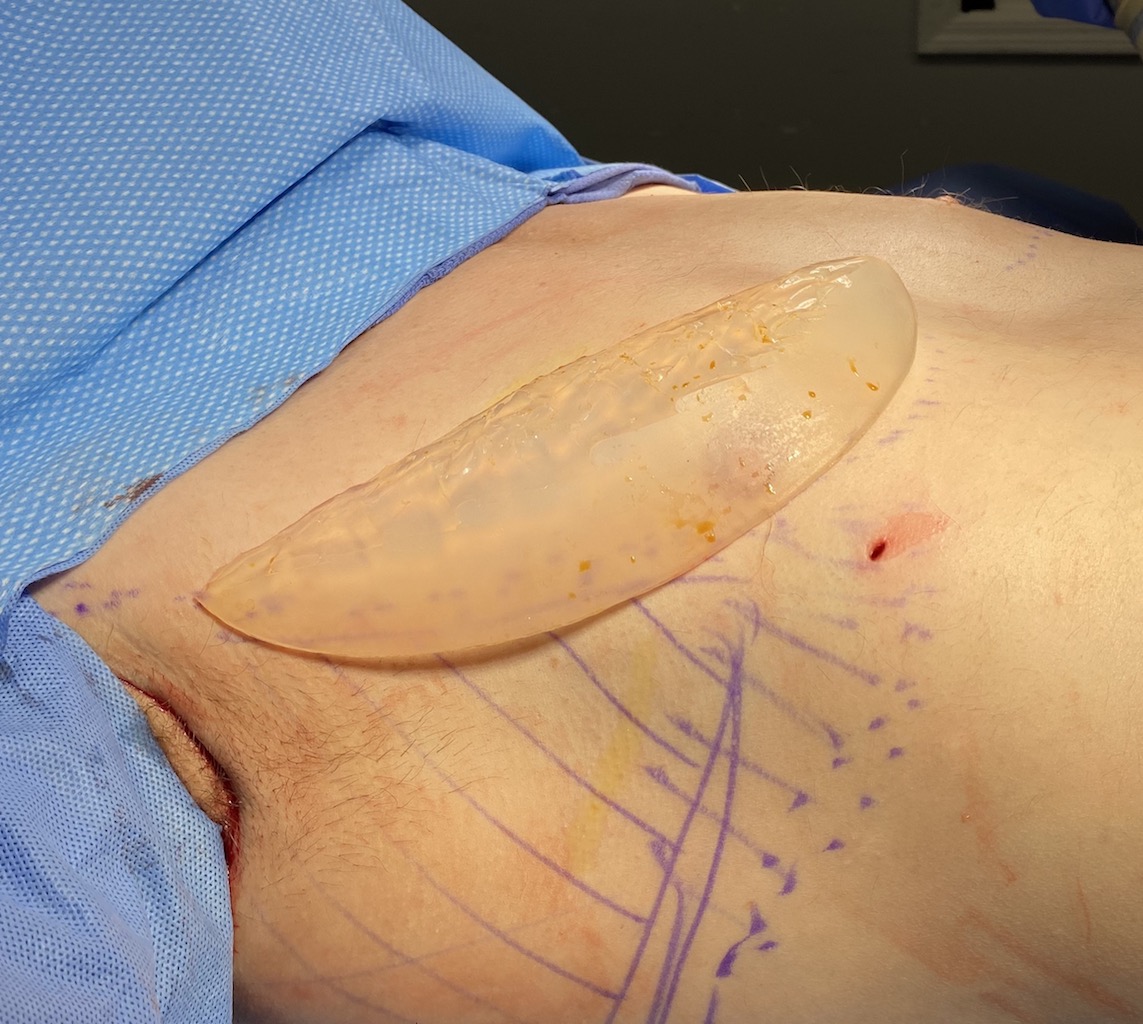 Background: Male chest enhancement usually refers to the size of the pectoralis major muscle which creates definition and shape to the chest. While fat reduction by liposuction around the outer border of the muscle may offer some modest improvement in the shape of the chest (liposculpture), pectoral muscle augmentation offers the greatest male chest shape improvement. While the ideal method for male pectoral muscle enlargement is exercise/weight lifting, some men simply do to not have the time or inclination to put in that effort. Then there are some men that no matter how much weight lifting they do can not create adequate muscle hypertrophy. This is where the use of pectoral implants can be of value.

Some male patients may want one of these two types of pectoral implant effects but may have specific requests for them that the implant can not do. Such changes require intraoperative modifications of existing implant styles…or the use of other modified body implants. 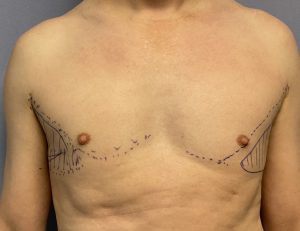 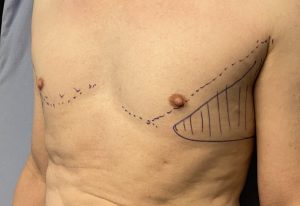 Case Study: This male desired to have pectoral implant augmentation but specifically of the lateral pectoral border in only a modest amount with no other augmentation of the pectoral muscle above it. This type of chest enhancement effect was compatible with his body habits and his aesthetic tastes. The total length of the muscle border from the axilla down to the sternum was 22cms. 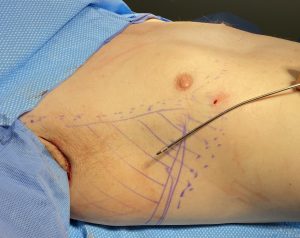 Under general anesthesia lateral pectoral triangle liposuction of the chest wall was initially done to do some highlighting of the lateral muscle border. 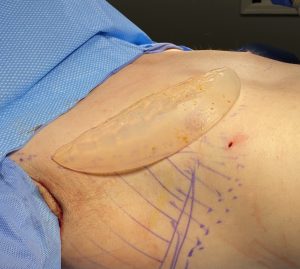 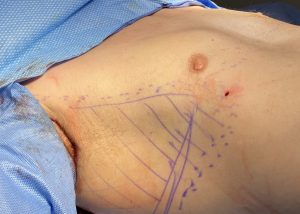 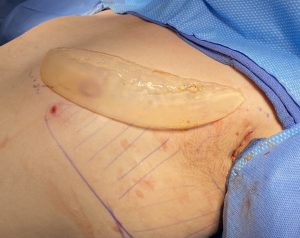 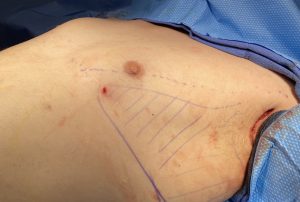 To have an implant of adequate length to augment the entire lateral muscle border, none of which is available in standard pectoral implants, a custom hip implant of 22cms in length was modified to have 1.5cm maximum projection and a maximum width of 6.5cms along its length. These modified ‘pectoral’ implants were placed through small axillary incisions in the subpectoral plane. 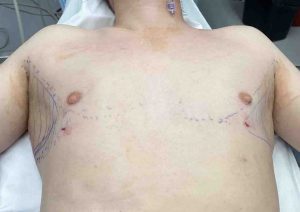 The effects of the combination of pectoral implant augmentation and pectoral tingle liposuction produced a subtle but noticeable improvement in his desired chest definition goals.

Pectoral implants can have various aesthetic effects based on their shape and dimensions throughout the implant footprint. While many men desire a significant pectoral muscle enlargement some do not and desire a more modest and/or very specific type of muscle change. These defined muscular enhancements usually require modifications of existing pectoral implant styles or even the use of other modified body implants. While custom implant deigns are always preferable in these aesthetic requests intraoperative modifications of existing implant styles may suffice.

1) The goal of pectoral implants is overall enhancement of the pectorals major muscle.

2) Typically most men want  a primary enlargement of the upper two-thirds of the muscle near the clavicle sternum, the hardest area to build by exercise. Some men may want the augmentation to primarily affect the lateral and inferior borders of the muscle. In either aesthetic need there are standard pectoral implants styles and sizes to achieve it.

4) Liposuction of the lateral pectoral triangle area of the side chest wall is almost always of benefit as a complementary procedure to the muscle enhancement.