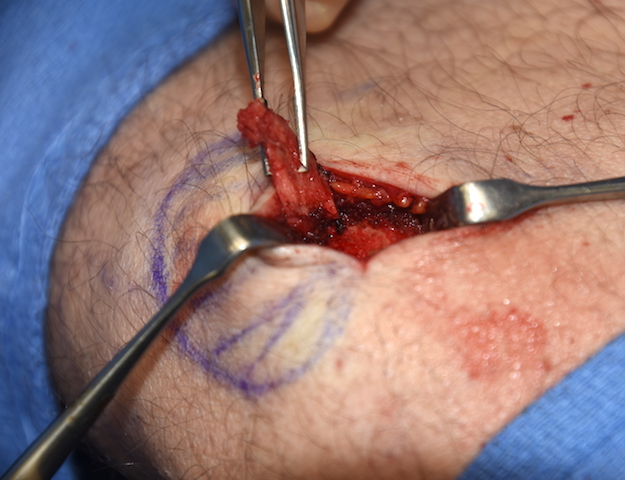 Background: The patella or knee cap is flat triangular-shaped bone which protects the knee joint from the front. It is a large sesamoid bone whose upper half has a coarse surface shape which serves as the attachment of the quadriceps femoris tendon. It is prone to having exostoses or bony bumps. The inferior or apex of the patella serves as the attachment of the patellar tendon.

Case Study: This male had long been bothered by the appearance of both knee caps which had prominent bumps on their upper medial aspect. It had bothered him for a long time and he wanted them reduced. 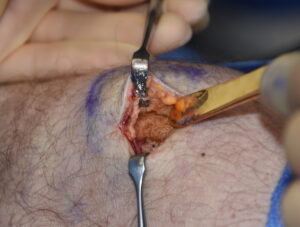 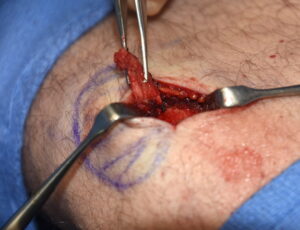 Under general anesthesia (as he was having other procedures) a small curved skin incision was made just above the bump area in a skin crease area seen when the knee was fully extended. The bony bump of the knee cap was exposed by splitting the overlying fascia. A reciprocating saw was used to make an oblique partial thickness cut through the bony prominence eliminating its projection. Fascial and skin closures were done over it. 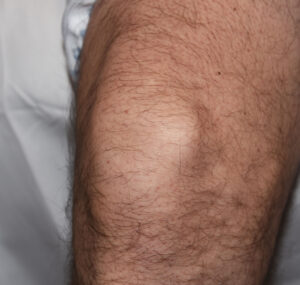 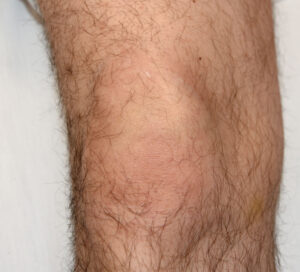 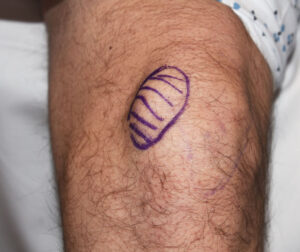 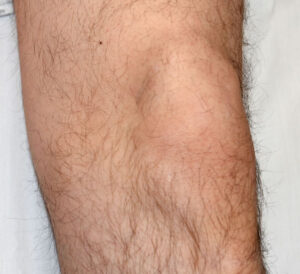 When seen one year later he had a visible reduction of the bump and scar lines that were largely undetectable.

Reduction of superior exostoses of the knee cap can be effectively done. But because it involves splitting the fascia of the quadriceps muscle for access there will be some postoperative discomfort given the frequent bending of the knee. In asking the patient how long it took for the knees to fully recover he stated it was ‘months’…which suggests one should not consider this procedure lightly.

1) The kneecap (patella) has a distinct shape which is prone to prominent bump or edges.

2) A prominent patellar bump can be successfully reduced by a shaving technique.

3) Because any anterior access to the patella involves splitting the overlying fascia of the quadriceps femoris muscle there will be some postoperative extension discomfort.