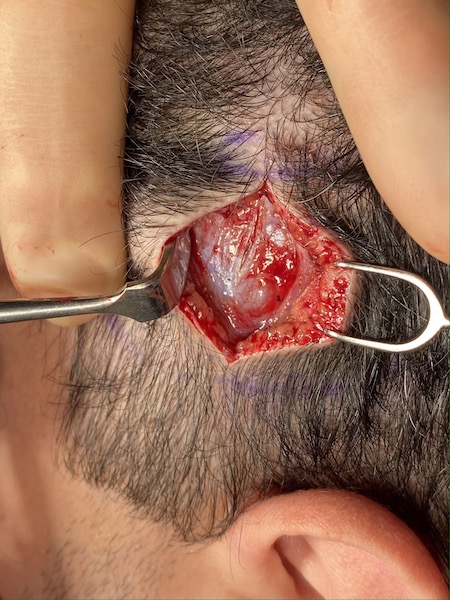 Removal of the posterior temporal muscle can be a very effective head width reduction procedure for those who have a convexity located above the ear. While many think the temporal bone is a major contributor to this shape it is not. The muscle makes a major contribution and its removal can also be done n a scarless fashion from an incision in the crease of the back of the ear. 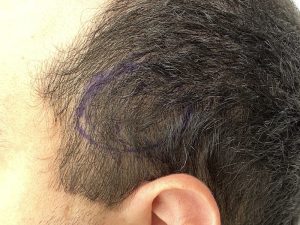 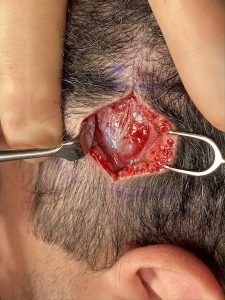 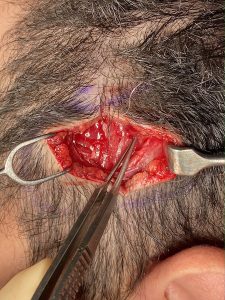 Through a vertical incision down through the central area of the anterior temporal fullness, the muscle was exposed. Interestingly the prior edge of the muscle cut could be seen. While once that was a blunt thick edge of muscle after the prior procedure, it now had atrophied to a fine edge at the bone. 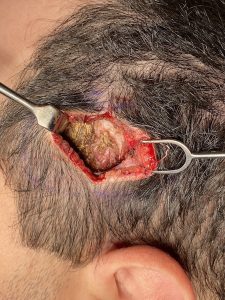 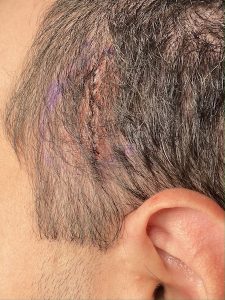 The exposed muscle was partially excised with cauterization of the remaining muscle bed. The scalp incision was then closed in two layers with resorbable sutures.

Unlike the posterior temporal muscle which can be reduced through a hidden incision behind the ear, this approach can not be used for the anterior temporal muscle. A direct approach is needed where partial thickness of the muscle can be directly excised. Cauterization not only controls bleeding but also helps the remaining muscle atrophy for further fullness reduction months after the surgery.