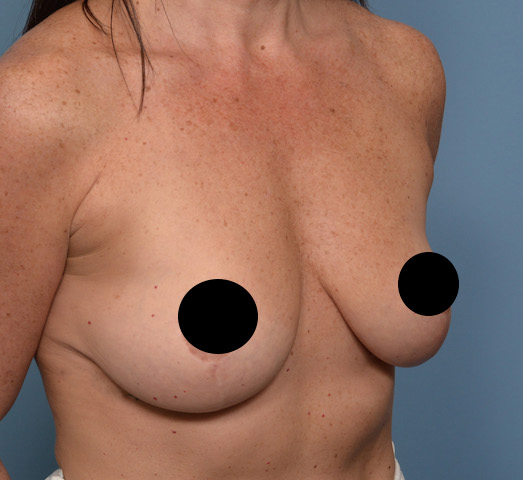 Background: Breast reduction is a commonly performed procedure particularly on younger patients even in their teens. At a young age large breasts can cause a variety of musculoskeletal symptoms as well as physical embarrassment which can benefit by breast reduction surgery. But breasts are rarely stable throughout a woman’s life as pregnancies, weight loss and gravity can lead to long-term breast volume loss and loose skin.

In a previous breast reduction patient these adverse breast shape effects can be magnified with a surgically reduced breast volume. With further loss of fibrofatty volume the breasts can develop sagging that is usually seen more like pseudootosis rather than typical ptosis. Because of the prior reduction the breast skin has already undergone a lift so typical significant downward descent of the nipple-areolar complex does not typically occur. The nipple-areolar complex will drop but usually the lower pole breast skin drops below it and the inframammary fold.

Ironically the earlier breast reduction patient may eventually need an implant to help restore the excessive volume loss from these effects. Depending upon the volume added some form of a repeat lift may be needed as well.

Case Study: This female had a prior history of a breast reduction when she was younger. As she became older and after having children and weight loss she had lost breast volume and upper pole fullness. 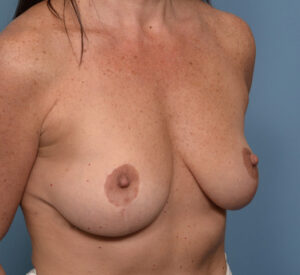 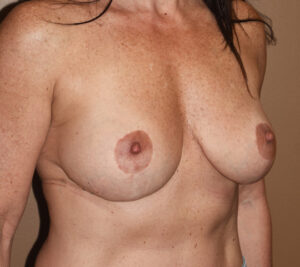 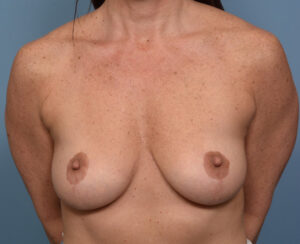 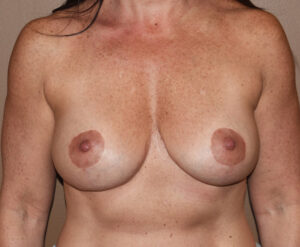 The debate to be had in volume loss-induced pseudoptosisis after a breast reduction iswhether an implant alone would be adequate or whether some form of a lift may be needed with it. This depends on what size implant a patient prefers…and it would typical that due to having had a prior breast reduction the patient would have a big concern about ever being too big again. Thus small implants are usually used which could make the need for some form of a lift necessary.

1) Breast reductions at a young age can sometime lead to lifts and implant augmentations later in life.

2) Secondary breast lifts can use the original scar lines from the earlier breast reduction surgery.

3) Lost breast volume and sag is corrected with implant placements.