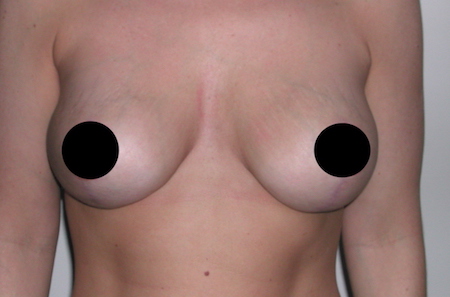 Background: Changes in the shape of the breasts over a woman’s lifetime are expected. The shape of the breast is far from a stable structure. The influences of gravity, weight changes, pregnancy and genetics all make for a side structure of the body which inevitably changes its shape. These changes are predictable in that the breast loses internal tissue volume and the outer skin has less elasticity with possibly more skin from stretching. Put together this results in a breast that sags or develops ptosis.

The degree of breast ptosis one develops has a well known grading system based on two stable structures of the breast…the nipples and the inframammary fold. In breast sagging where the nipple ends up in side view compared to the inframammary fold determines the severity of the breast ptosis. Like all classification systems it has a reason for its existence…it helps determine what the best treatment is to correct the degree of sagging. Given that there are four different types of breast lifts which influence how much the breast can be lifted, it is easy to see that the classification of the degree of ptosis helps match it to the operation that would best treat it.

While breast lifts are effective at correcting ptosis that does not mean they always create the optimal breast shape. The nipples and the breast mound may be uplifted but it may not necessarily result in a rounder or fuller appearing breast….as defined by an equal amount of fullness on the top of the breast that exists on the bottom. Almost all breast lifts will ultimately result in much less fullness in top when tissue healing and settling has occurred. This is where one has to decide on the use of implant to acquired more sustained upper pole fullness.

Case Study: This female had small breasts but had developed significant ptosis in which the nipples were lower than the level of the inframammary fold. Her goal was to have more uplifted breasts but not necessarily more volume. 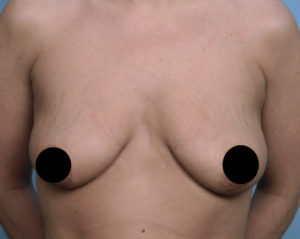 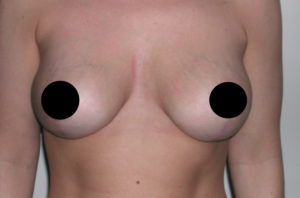 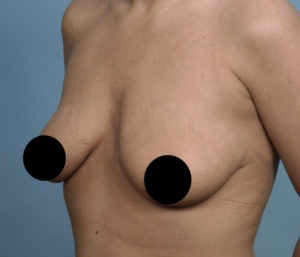 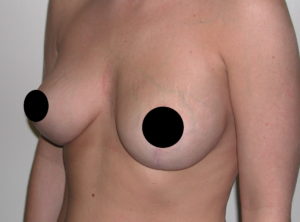 Her results showed more uplifted breasts that had a natural shape in which the upper pole was less full than the lower pole. 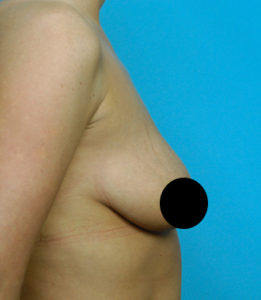 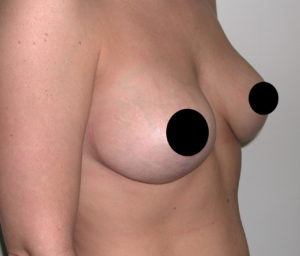 Breast lifts, as this patient shows, lifts the nipples and reshapes the breast mounds. Because it is a skin removal operation mainly, it is about taking whatever breast tissue exists and placing it into a smaller and tighter skin envelope. Not using an implant is perfectly acceptable as long as the patient understands that a breast lift operation can not usually keep sustained upper pole fullness. That is where the role of a small breast implant comes into play.

1) Breast lifts, while uplifting and reshaping the breast mound, will typically make the breast appear smaller.(less skin with same amount of breast tissue)

2) Most breast lifts will create temporary upper pole fullness that is lost as swelling subsides and the tissues relax and settle.