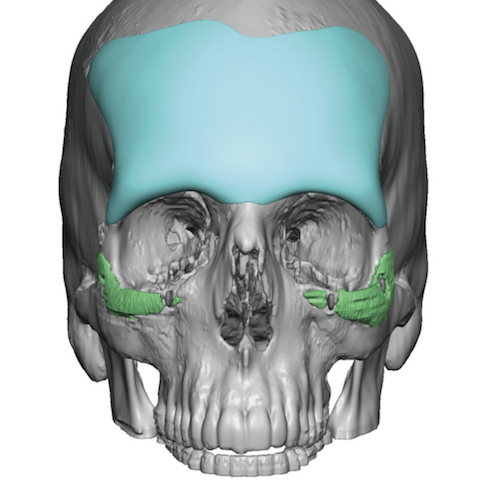 Background: Augmentation of the forehead can be done like any other facial bone. (technically the forehead is actually part of the skull) What is unique about forehead augmentation, particularly in the male patient, is the consideration of the brow bones which have a different shape and thickness. This consideration is also relevant for women but is different because women do not ask for brow bone augmentation by itself. (at least not in my experience to date)

Case Study: This male had a prior history of a custom brow bone and infraorbital rim implants to provide improved bony eye coverage. A major emphasis on the brow bone implants was the need for significant lateral brow bone coverage. After three months of healing and swelling resolution he determined that there was too much lateral brow bone prominence as it blended up into the lateral temporal line. 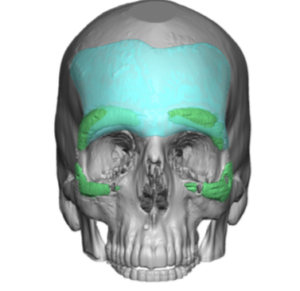 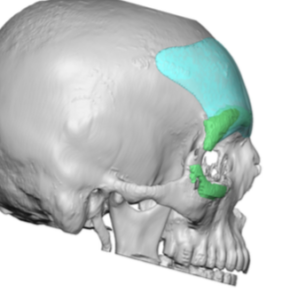 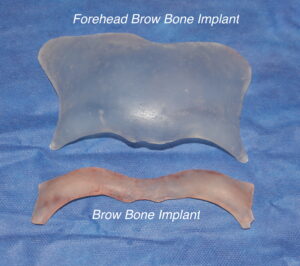 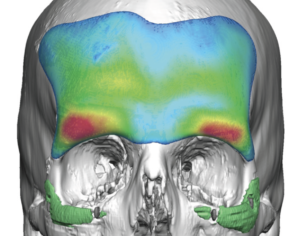 It is difficult to always accurately predict the effect on an implant on the overall forehead shape. What make look good on a design may not always look good or how the patient perceives it to be after it is placed. It is easy to see after the fact that a significant lateral brow augmentation can throw off the balance of the lateral brow bone transition into the sides of the forehead because of a newly created temporal line ‘deficiency’.

1) Brow bone augmentation can be done either by itself or in combination with a total custom forehead implant.

3) The prominence and shape of the lateral temporal line is an important aesthetic consideration in either small brow bone as well as larger forehead brow bone implant designs.