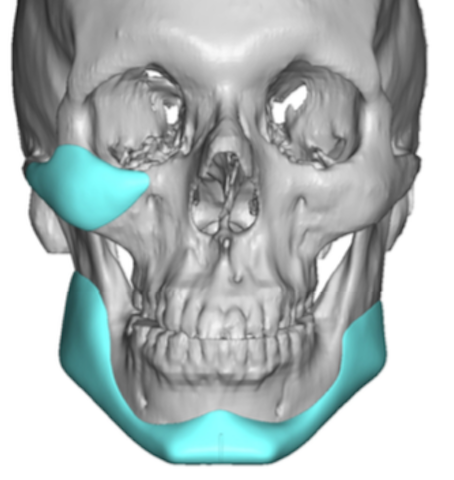 Background: The face develops from paired brachial arches as an embryo which meet in the middle and fuse to form a complete paired face. This is a remarkably complex interaction and it is miraculous that to works as well as it does the vast majority of time in making a fairly symmetric face.

But despite how well it works most of the time no face is ever perfectly symmetric. Everyone has some degree of facial asymmetry with some more significant than others. Between the perfect symmetric face on one end of the spectrum and severe congenital facial asymmetries (e.g., hemifacial microsomia) on the other end, lies intermediate degrees of what I would call aesthetic facial asymmetries. Calling them aesthetic does imply they are less significant to those affected only that they are less severe.

Most of these aesthetic facial asymmetries tend to be centered around two main structures, the lower jaw and the eye/orbit. When a lower jaw asymmetry is present what is most visibly seen above it is smaller degrees of asymmetries that can involve the lips, nose and cheek. The eye is often not involved. When eye/orbital asymmetry exists (more commonly called vertical orbital dystopia) the lessening degrees of asymmetry extended inferiorly. Often the lower jaw is not involved.

Lower jaw asymmetries are one of the common forms of aesthetic facial shape concerns. The ‘border’ position of the lower jaw is probably why it is easy to spot asymmetry. The central chin and the paired jaw angles create an equilateral tripod relationship which is easily spotted when it is not perfectly asymmetric. Most lower jaw asymmetries are hypoplastic (underdeveloped) in nature which causes the chin to deviate toward the smaller side. Because the length of the whole bone is involved it is often not satisfactory to just make changes to the individual chin and jaw angles alone. 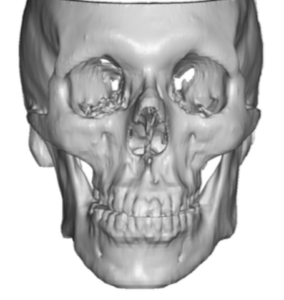 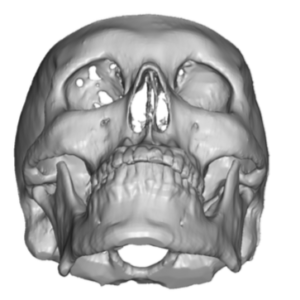 Case Study: This male was bothered by a right-sided facial asymmetry of which the jawline was the most significant. The chin was deviated to the right and the jaw angle was lower and more inward than the left side which is quite typical for these jaw asymmetries. The right cheek above it was lower and more inward compared to the left side. The right infraorbital rim was also slightly lower as well. 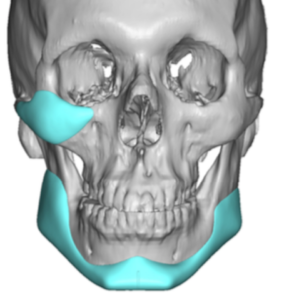 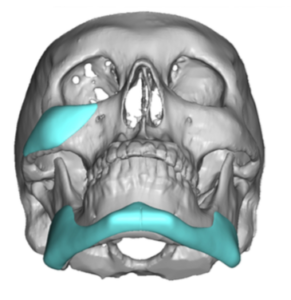 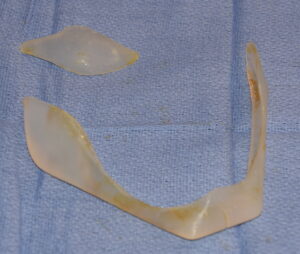 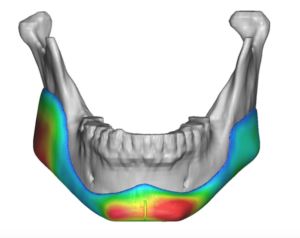 In lower jaw asymmetries amongst men it is common that they end up pursuing an overall jawline augmentation effect. Using the normal left side the desired aesthetic jawline effect is created and then the asymmetric side built to match it.

1) Most facial asymmetries are more complete than they appear of which the most significant bone involved is the lower jaw.

3) When using custom facial implant designs to correct asymmetries of the lower jaw, some men may opt for an overall jawline augmentation as well.