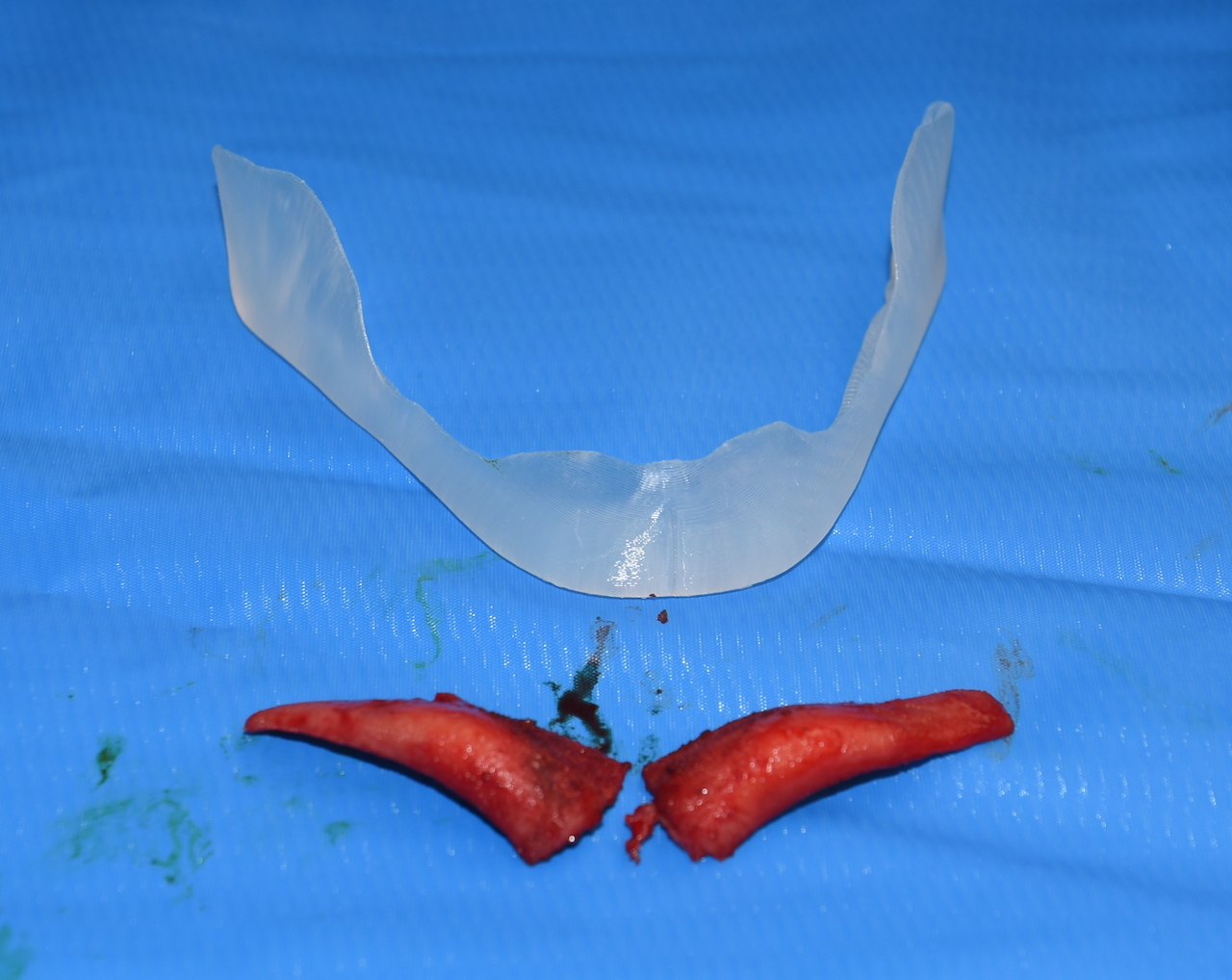 Background: Chin implants are a common facial augmentation technique which has a high degree of patient satisfaction. A wide range of implant styles and sizes of various materials are available which do well for the vast majority of chin augmentation needs. But it is important to be aware that these implants work best when the chin deficiency is modest to moderate in magnitude.

When chin deficiencies become large they are not really an isolated lack of chin projection. They are really part of an overall lower jaw deficiency of which the chin is but one symptom of it. While large chin implants are available, their placement in overall short jaws may provide a pleasing change in profile but can look disproportionate in other facial views. This is a frequent aesthetic oversight that I see in the lower face…relying exclusively on what it looks like in only the profile view. One wouldn’t do a rhinoplasty making all judgments in its the profile assessment. Planning for chin augmentation should similarly consider a 3D assessment of its effects.

Some chin implant patients with small jaws never quite achieve the result they are seeking. They may feel that the implant looks too big or out of place and may exchange their initial chin implant to a different size in an effort to get a more natural or pleasing look. This approach may work for some but others go on to realize that an overall jawline augmentation approach is needed to create an effect the looks more proportionate. 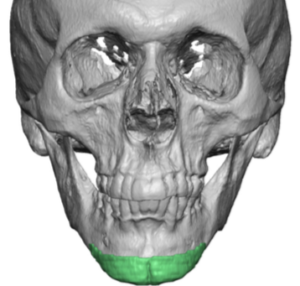 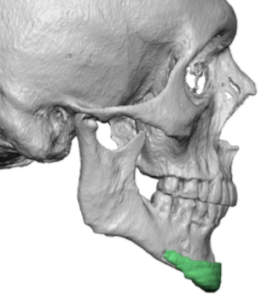 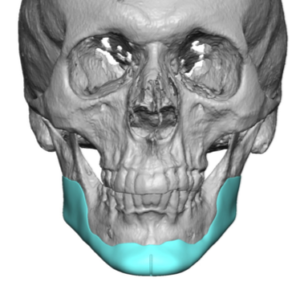 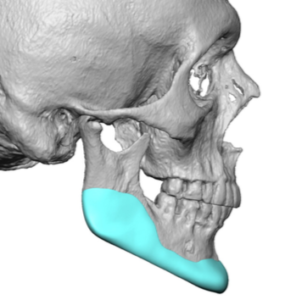 A custom jawline implant was designed to fit his entire lower jaw, keeping it in proportion with his overall smaller facial bones/features. 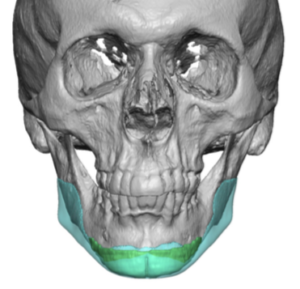 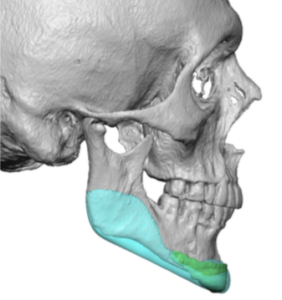 When comparing the new custom jawline implant design to his existing chin implant, which kept its same basic dimensions, it was really about competing the augmentation for the entire jawline. 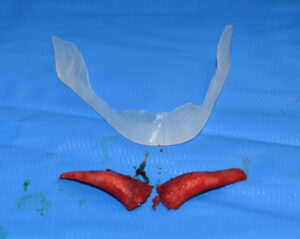 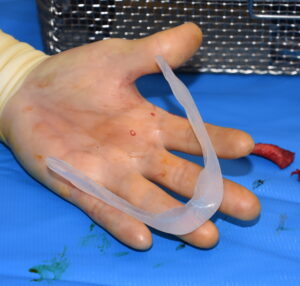 1) Chin-jawline disproportion can occur when a small jaw receives a large chin implant giving it an unnatural appearance.

2) A custom jawline implant provides an overall jawline augmentation effect and a more natural looking for third of the face.

3) The indwelling chin implant serves as a guide in creating a more complete jawline implant design.