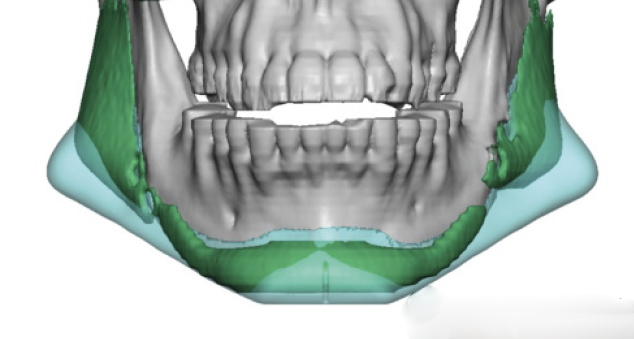 Background: Total jawline augmentation has historically been done by a combination of standard chin and jaw angle implants. While effective for some they ‘fail’ as often as they succeed for three reasons. First when three implants are placed around the curve of the jawline perfect placement of symmetry of them is very difficult to achieve. Secondly, since the implants are not connected with even thickness between their ends a smooth and even jawline is rarely the result. Third, even if all three implants were perfectly placed the style and size of the each one may not be what the patient exactly wants since their initial choices involves some degree of guesswork.

When standard chin and jaw angle implants are aesthetically unsatisfactory, for whatever reason, the next step is to get a 3D CT scan. This scan will show exactly the position of the implants on the bone as well as their style and size. (only Medpor material is not possible to see on this scan) Knowing why the existing implants are unsatisfactory provide a valuable guide how to design something better. 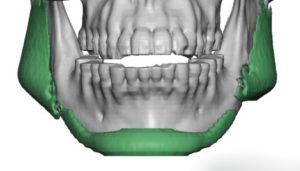 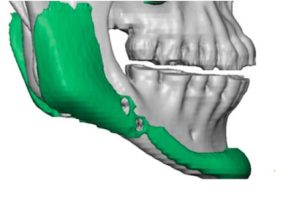 Case Study: This male had a prior history of chin and jaw angle implants which had an aesthetic unsatisfactory result due to a lack of connectivity and not a strong enough jaw angle effect. The implant placements, however, were fairly well done and about as good as one could expect using standard implants. 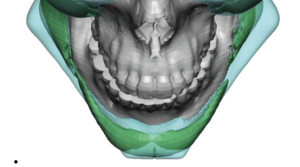 Using his 3D CT scan. a new custom jawline implant was design that squared out the chin, made the jaw angles wider and lower and created a linear connection between the chin and the jaw angles. Comparing the implant designs/shapes either by side to side comparison (original implants in green, new custom implant in teal) or as an overlay (top view) shows their differences. 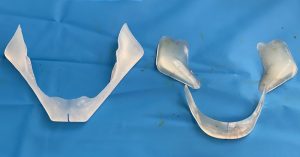 Under general anesthesia and through the original submental and intraoral incisions, the chin and jaw angles implants were removed. Comparing the standard implants to the custom implant illustrates the differences in connectivity. 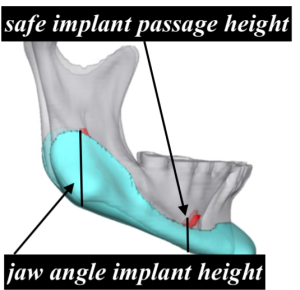 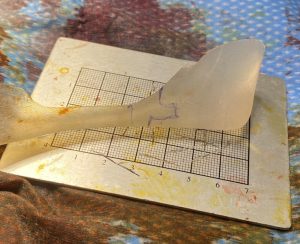 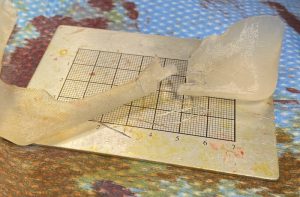 The placement of the jawline split is back along the implant where the jaw angles start to take off in height. A geometric split is created on each side. 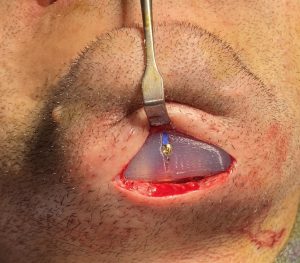 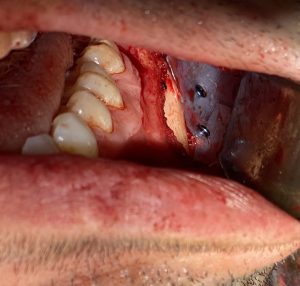 1) The use of standard chin and jaw angle implants for total jawline augmentation has a higher risk of implant asymmetries due to their lack of connectivity.

2) Indwelling chin and jaw angle implants provide a guide as to how to improve the dimensions of a new custom jawline implant.

3) The size of the jaw angles of a custom jawline implant determines whether it can be placed in one piece or requires segmentalization.