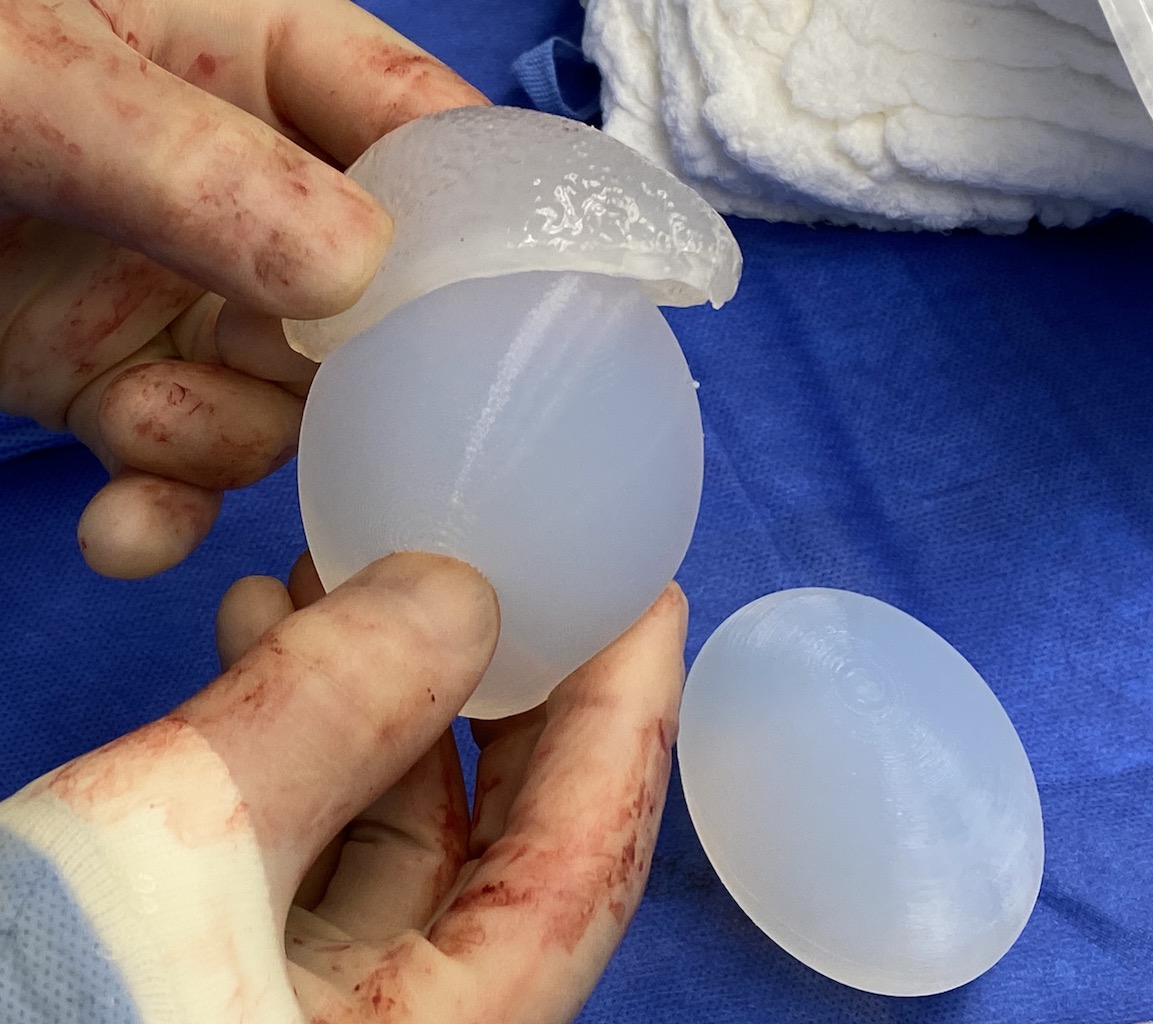 Background:  The appearance of the scrotum is created by what lies within (testicles) and its musculocutaneous cover. (scrotal skin) While each plays an important aesthetic role in the appearance of the scrotum, when it comes to size it is the testicles that define how big it is. Making the natural testicles appear bigger is properly called aesthetic testicular enlargement. This is in contrast to reconstructive testicular replacement which is done for a lost or congenitally absent testicle. The male patients who seek these procedures differ in both their reasons for the surgery and their testicular size goals.

In the aesthetic testicular enhancement patient they almost always are seeking a much larger size than their natural testicles. Most such patients are usually older and often have some testicular atrophy due to age or testosterone replacement. They not infrequently have had some form of penile enlargement and this may be suffering from penoscrotal disproportion. Their testicular size goal made be deemed large (L) or extra large (XL) depending upon how one chooses to define these somewhat arbitrary implant size classifications.

In achieving testicular enlargement two types of implants can be used, wraps or solid implants. The wrapped implants can be a cupped or complete wraparound style while the solid implant is just that…a solid large implant. The wrapped testicular implant styles have great aesthetic appeal but suffer from a significant risk of postoperative separation from the testicle in which it was initially placed around. The solid testicular enlargement implant does not suffer these complications and can be very effective provided there is a significant size difference between it and the natural testicle. (usually 2.5 to 3cms size increase) With such a size difference the natural testicle is displaced by the much larger implant. Because the natural testicle is on a cord it will be pushed aside and up by the presence of the implant, making it undetectable in most patients.

Case Study: This male has a prior history of aesthetic testicular enlargement using a cupped style implant. He could feel the edges of the implants and felt that one side had become free from the implant. He desired an exchange into a much larger ultrasoft solid testicle implant style. (7.25cms, 105cc volume) 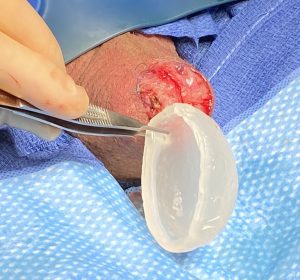 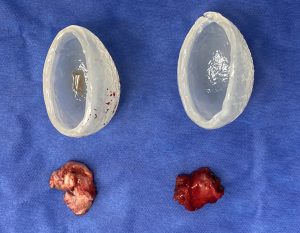 Through a midline raphe scrotal incision the cupped implants were exposed, removed along with permanent suture material and capsulectomies performed. He was correct in that the left cupped implant was free floating. 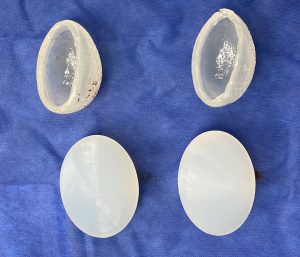 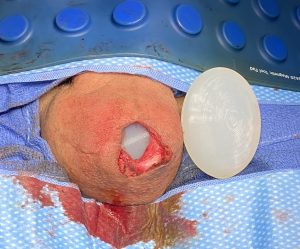 By comparison the new custom XL solid testicle implants were much larger by comparison. The new implants were inserted into each expanded pocket with the natural testicles pushed out of the way. The key in their placement is to ensure that the two pockets remain separate lest one end up with two large implants inside one single pocket. 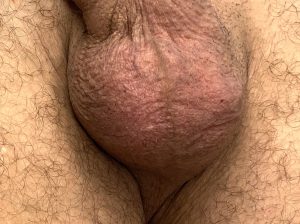 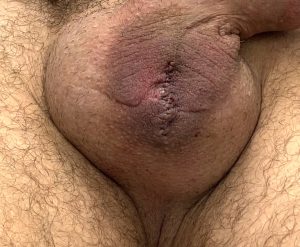 His immediate results showed the difference. It will take several months for the new implants ti drop down which will assuredly occur since, unlike the natural testicles, they are not tethered by a cord to the upper part of the scrotum.

The concept of wrapping an implant around a testicle for its enlargement is both conceptually appealing and clever. And in many cases it does work without secondary separation. But a completely solid testicle implant can not have that particular complication nor can the implant ever fail or need to be replaced. The potential concern with the displacement technique is that one will need up with a 4 testicle appearance and not just a single normal pair. But if the implant is big enough and/or the testicles small enough this potential concern is minimized or completely eliminated.

1) Scrotal enhancement or testicular enlargement refers to making the natural testicle appearance bigger of which there are two methods to do so.

2) The wrap around or cupped testicular enhancement implant envelopes the natural testicle either partially or completely. Its primary disadvantage is that the testicle and implant may separate postoperatively.

3)  The side by side or displacement testicular implant works by being substantially larger than the natural testicle, making it ‘disappear’ or pushing it on its cord up and away from the implant.