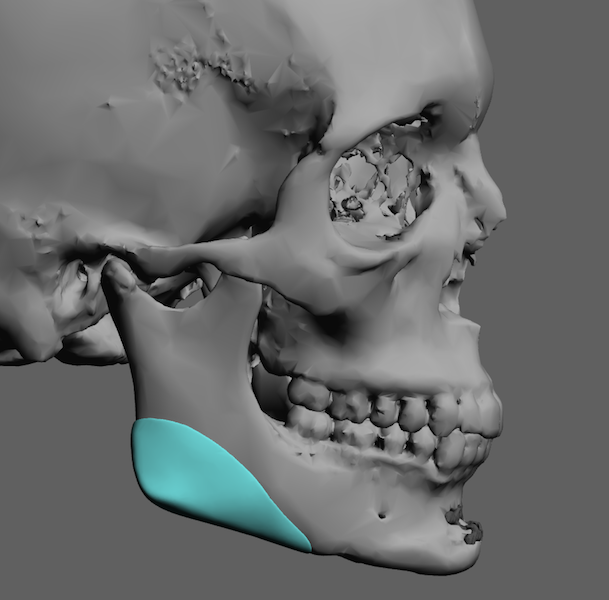 Background:  Chin augmentation is a very common facial reshaping procedure that is very effective. But there is one fundamental misconception about it that is particularly prevalent today that historically was not an issue. While the chin is a part of the lower jaw, chin augmentation is not a jawline augmentation procedure. More specifically stated chin augmentation by itself will not create a more defined jawline. It will improve the projection of the chin but that will not make the rest of the jawline behind look better. And in some cases may even make the jawline behind the chin look more deficient.

The history of chin augmentation dates back to improving the poorly projected chin when, by today’s aesthetic standards, the shape of the jawline behind it was largely irrelevant. When there is no well accepted method for improving it the non-chin part of the lower jaw is not recognized as being of aesthetic significance. While jaw angle implants have been around since the 1990s they have not been commonly used and few surgeons feel comfortable or have the experience to successfully place them with a low rate of complications. Thus not fitting into most surgeon’s repertoire of facial procedures, when patients speak of having a better jawline, many surgeons immediately think of chin augmentation only. Subsequently when a patient considers chin augmentation and asks if it will create a better jawline…the answer is always yes.

While some chin augmentation patients discover they did not get a better jawline as they had hoped, others only consider a better jawline effect when they see their chin surgery results. Moving the chin forward has now created a lower facial imbalance or an incomplete effect. The longer the jawline has become the more the back part of it lacks definition. When considering secondary jaw angle implants, or graduating up from an anterior chin augmentation, the question then becomes whether standard implants will suffice or are custom designed jaw angle implants needed. 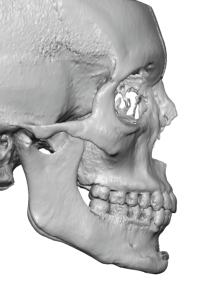 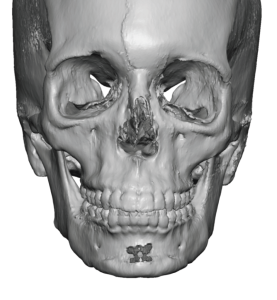 Case Study: This female had a prior history of a sliding genioplasty of what appeared to be 7mms. She had a very successful and uncomplicated result. But as she looked at it over time she realized that it was incomplete and having more defined jaw angles would have a better lower facial aesthetic result. 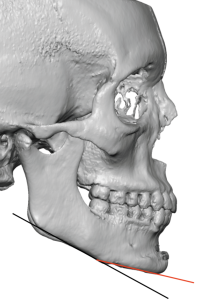 One of the reasons a patient may feel so is that the mandibular plane has been disrupted as the chin has come forward. This can make the jaw angles look more deficient or higher. 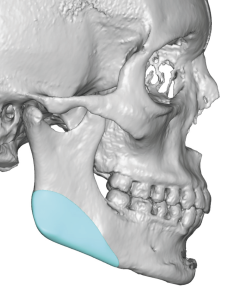 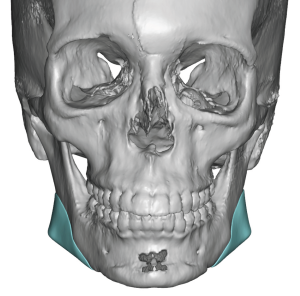 Using her 3D CT scan custom jaw angles implants were designed with the fact that she was a female…meaning length is more important than width and smaller is better than bigger. She did have some jaw angle asymmetry which was compensated for in the implant designs. 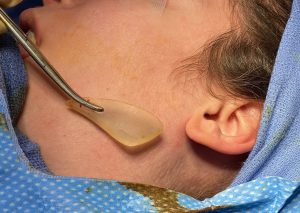 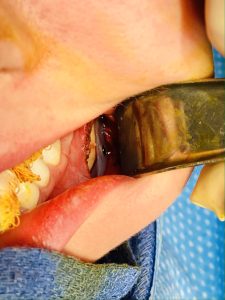 Under general anesthesia and through small posterior intraoral vestibular incisions the jaw angle implants were placed by gently elevating the masseter muscle attachments from the inferior border. Double screw fixation was used for both implants.

The indications for using custom jaw angle implants, whether it be male or a female, is based on three criteria. First, does the desired dimensions needed for the jaw angle augmentation exist in off-the-shelf implants? Second, does any asymmetry exist between the two jaw angle sides? Third, does the patient want the jawline augmentation effect to extend and meet with that of the chin augmentation procedure or can it remain separate and extend no further than the jaw angle area? While this female patient only fulfilled one criteria, jaw angle asymmetry, often this is the most important one. As usually augmenting asymmetric bony jaw angles with standard implants often just magnified the existing asymmetry.

1) Chin augmentation by any method only improves the front of the jaw but not the back of it. (often called the jawline)

2) It is not rare that an initial chin augmentation creates a secondary desire for a more complete jaw augmentation effect.