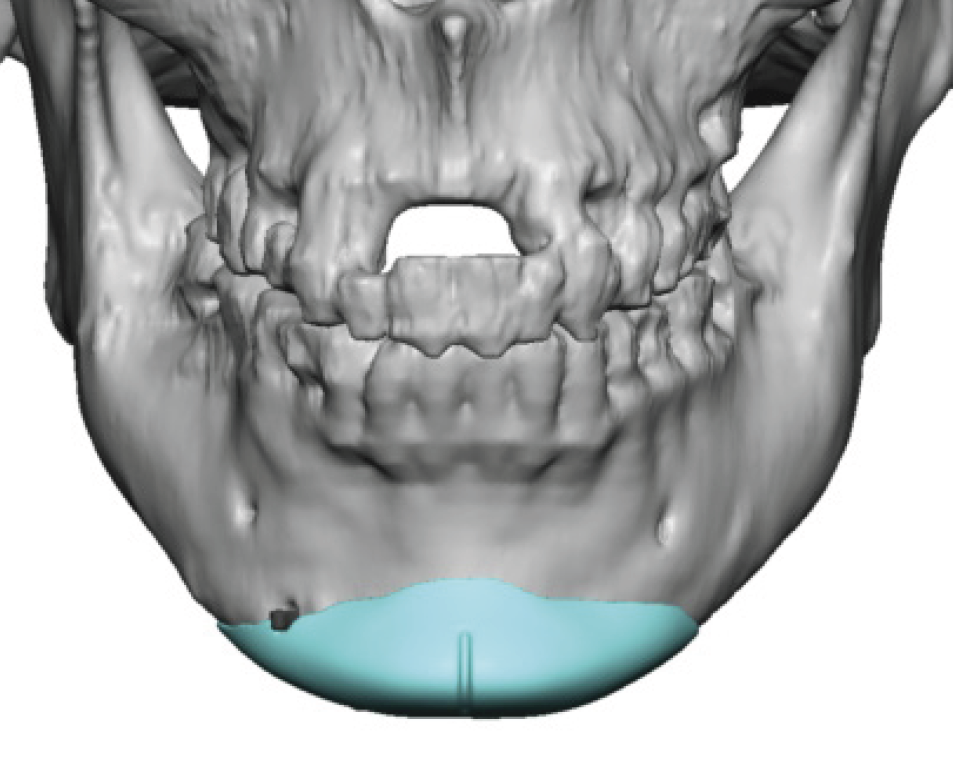 Background: While chin implants are commonly performed on both men and women, that does not mean they should be performed in an identical manner. In that regard I am not referring to the surgical technique to place them. Rather I am referring to the implant style and size chosen for the different genders.

I think all surgeons that perform aesthetic facial surgery would acknowledge that gender differences exist in facial shapes, most commonly known in rhinoplasty surgery, bit somehow this is often lost when it comes to chin surgery. The shape and size goals in chin augmentation are very different in men vs women. This can be summarized as: 1) in women the forward projection of the chin does not need to be as forward as the well known vertical line dropped from the lips That is often seen as too strong and less feminine, 2) The shape of the chin as seen in the front view should rarely ever get wider and in most cases more narrow is preferred, and 3) vertical lengthening should be approached cautiously as a longer more narrow chin could be perceived as too pointy.

But despite these general guidelines for female chin augmentation, how they apply to each female patient may be somewhat different. This speaks to the importance of preoperative computer imaging from two or three different facial angles looking at a range of augmentation options. You can never predict exactly what a patient until it is reduced to a visual discussion rather than a purely descriptive one.

Case Study: This older female had been through two prior chin implant procedures, both with unsatisfactory aesthetic results. The first procedure was down with an extended anatomic chin implant which was both asymmetric and created too much chin width. During a subsequent procedure the chin implant was replaced with a two-piece Medpor chin implant with 5mms projection. While she liked the horizontal projection it still was too wide and she could feel the edge of the implant wing on side side with some asymmetry on the left side. 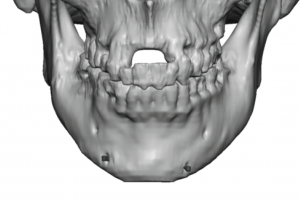 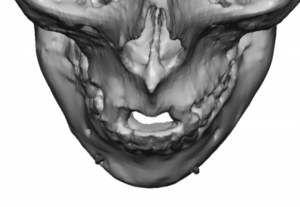 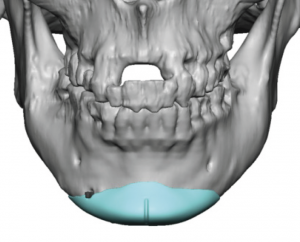 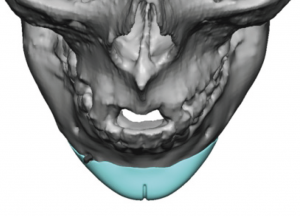 Using her 3D CT scan the existing Medpor implant could not seen (as would be expected) with the exception the lateral wings of the implants where only the screws could be seen. A chin implant was designed that incorporated the perceived existing horizontal chin projection (5mms) and made sure that it provided no further vertical chin lengthening effect. (tilt the implant design upward) The length of the wings could only be estimated based on the screw locations. So they faded out to just past the screw locations. The anterior chin implant design shape was narrow with a rounder shape but not a strong V shape.(which she did not want. 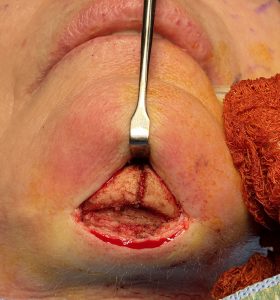 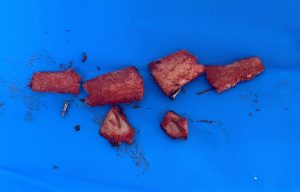 Under general anesthesia and though her existing long submental skin scar the Medpor chin implant was exposed. It started by opening up the midline split where the two pieces of the implant were joined. Dissection then starts by going under the implant separating it and the enveloping capsule from the bone. Then each section of the implant is separated from the adhering overlying capsule with electrocautery after removing the two side screws. The implant is then removed in its entirety with the most careful part done on the very back of the side wins to make sure the thinnest and smallest part of the implant was completely removed. 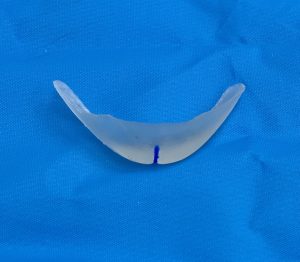 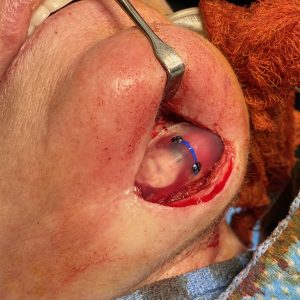 1) Chin implants in females can pose dimensional problems largely due to width concerns.

2) A Medpor chin can be effectively removed with a low risk if nerve injury with good surgical technique.

3) Even though a Medpor chin implant can not be seen on a 3D CT scan, the screw location and the ghost imaging on the bone can help guide the custom chin implant design process.