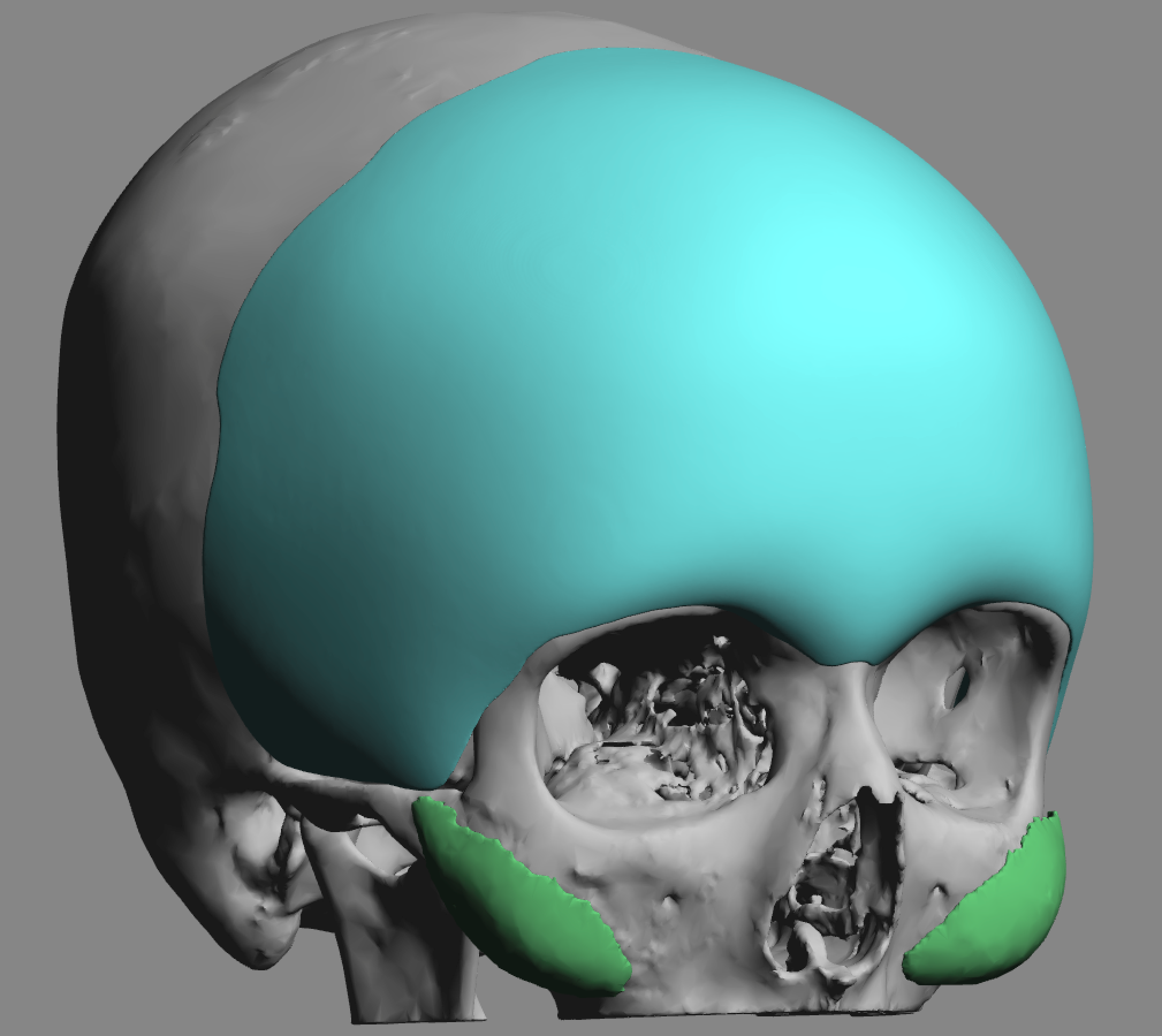 Background: There are many features of the face that have gender specific shapes. This serves as the basis for facial feminization and masculinization surgery. While these are not always absolutes and there is some gender neutrality when the magnitude of any of these facial feature prominences is not as strong, the general concepts still apply. The forehead or more broadly the upper third of the face has very specific gender characteristics. While facial feminization surgery strives to reduce the very characteristics that are genetically masculine, and requires stronger reductive maneuvers to do so, enhancing a genetically female forehead usually requires augmentation that must be done more subtly.

The main female forehead characteristic is that it lacks angularity. This specifically means lack of any brow bone prominences, absence of a suprabrow bone break and no visible lateral bony temporal line. The forehead has no backward slope with and the transition into the non-hair bearing temporal region at the sides of the forehead is more round. Overall this implies a more convex shape to the upper third of the face.

In trying to make this forehead feminization change the key concept is that this requires an augmentation that must extend beyond the bony forehead over onto the soft tissue temporal region. This can not the done by an type of bone cement and must be done by a computer-designed implant. But the fundamental implant design principle is that the implant as it leaves the forehead stay on top of the temporal muscle. (more specifically the deep temporal fascia) This is consistent with the anatomy of the upper third of the face which is composed of a larger central bony region with smaller soft tissue based sides. This is the only way to get a smooth and confluent augmented shape. 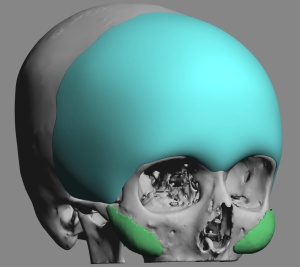 Case Study: This female desired to have a smoother and more convex forehead shape with increased fullness that extended out onto the temporal regions. A custom forehead-temporal implant design was made to provide this broad upper third of the face coverage. The thickest part of the implant was no more than 5mms. It is important to be aware that the more surface area coverage an implant has the bigger impact implant thickness will have. 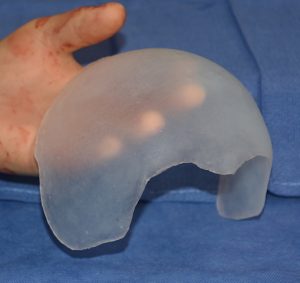 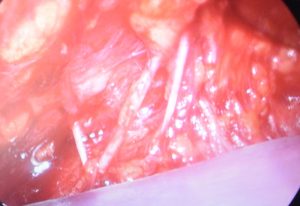 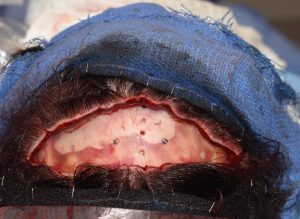 In surgery the implant was placed using a retrohairline incision that stayed between the bony temporal lines. Dissection across the brow bones to release the periosteal attachments was aided by endoscopic visualization. Dissection off of the bony forehead was done on top of the deep temporal fascia down to the zygomatic arch and back into the temporal region behind the hairline. 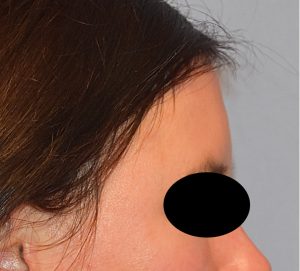 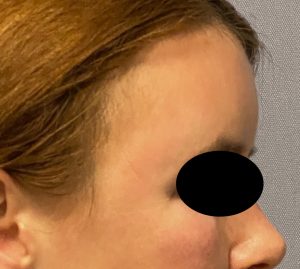 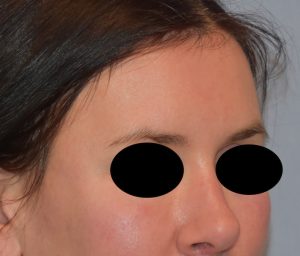 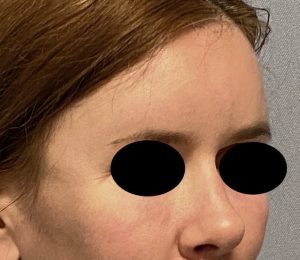 Her six months results showed an improved forehead shape with increased convexity across the forehead and into the temples with a smooth shape.

The implant design error that I have seen numerous times from patients that have come to me for revisional surgery who have had similar efforts at computer designed forehead-temporal implants is the surgeon’s belief that the implant must completely sit on bone. This necessitates stripping off the temporal muscle attachments from the bony temporal line and placing part of the implant down onto the bone in depth of the temporal fossa. This may seem appropriate when looking at an implant design on the bone of the 3D CT scan but overlooks what the soft tissue effects will be when the implant is actually placed. Never, and I repeat never, strip off the soft tissue attachments at the bony temporal line. This will result in muscle contraction which balls up below the implant and creates a major temporal contour deformity which can be difficult to resolve secondarily. The implant must stay on top of the temporal muscle to create the desired effect.

1) A more feminine appearing forehead is associated with more round convex shape, increased verticality, lack of any brow bone prominences and fullness that extends into the visible temporal regions.

2) To smooth out the forehead and create increased convexity from one temporal region to the other a custom forehead-temporal implant design is needed that sits on top of the deep temporal fascia as leaves the bony forehead.

3) Placement of a larger custom forehead-temporal implant is done through a scalp incision limited to between the bony temporal lines aided by endoscopic dissection across the brow bones.