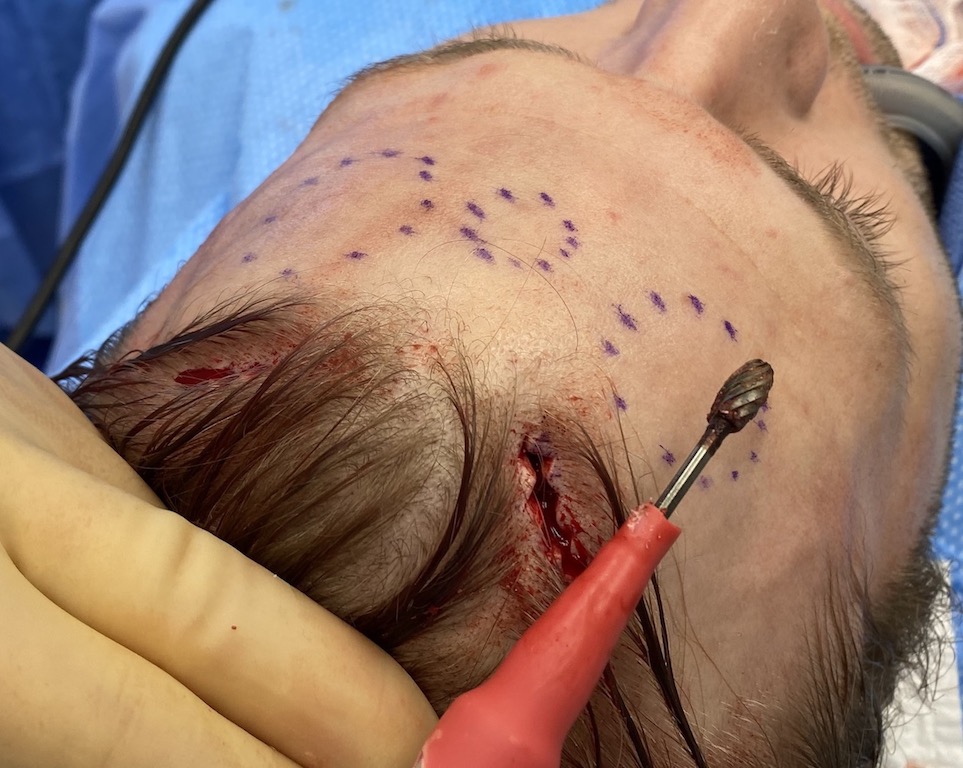 Background: The shape of the forehead is affected by numerous bony and soft tissue landmarks. While the forehead can have a wide variety of shapes from flatter to more rounded and from more vertical in inclination to more sloped, the one consistent feature that is desired is smoothness. The exposed and usually tight skin of the forehead will reveal every surface irregularity even if it is just a few millimeters of prominence or depression of the bone or soft tissue.

One of the common but not well recognized contour deformities of the forehead are horns or round upper forehead prominences of the bone. They are usually paired, hence the name horns, but can appear on just one side. There may also be differences in the amount of projection between the two sides with one side being bigger than other. They can also be connected appearing like a ‘dumb bell’ or can have a smaller central prominence as well.

Patients are most affected by forehead horns with certain lighting or how they appear on picture and video formats. Forehead horn reduction surgery can effectively eliminate these type of bony prominences as their thickness is well within the safety profile of the thickness of the frontal bone. The challenge is in getting there to do the procedure without undue scarring. It is not a procedure that can be done from way back in the scalp through a remote access point. Short of a direct incision over the horns (which would not be aesthetically acceptable) direct linear access is needed.

Case Study: This male was bothered by upper forehead horns with a small central prominence between them. He had a frontal hairline that was close to the horns. 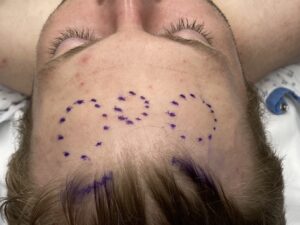 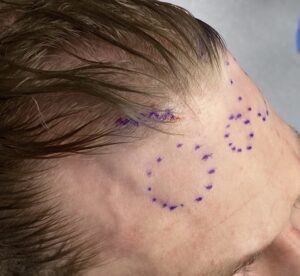 Under general anesthesia 2cm zigzag incisions were marked directly above each horn just behind the frontal hairline. Through these incisions side subperiosteal undermining was done across the entire upper forehead. 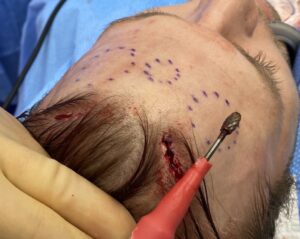 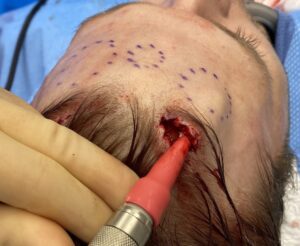 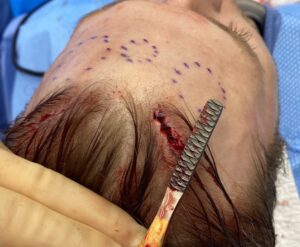 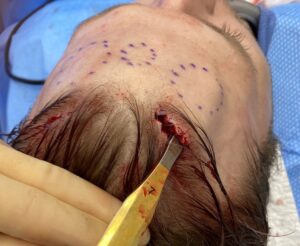 The final smoothing of the bone was done using a large toothed rasp. The central small bony prominence was reduced by rasping only. 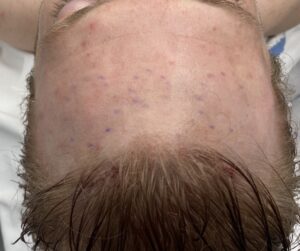 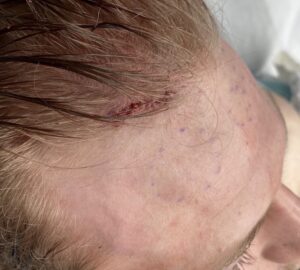 Forehead horn surgery is challenging because of the limited incisional access allowed to perform it. It has to be done with a linear line of sight access as all surgical instruments used to perform it (drills and rasps) are rigidly straight in shape.

1) Forehead usually present as a paired bony prominence in the upper forehead but occasionally they may be connected  or a small central prominence may also exist.

2) Linear access is needed to reduce forehead horns which usually means a hairline or just behind the hairline incision above each one.

3) Reducing the bone by high speed shaving that protects the skin edges and the surrounding hair does the main reduction while rasping does the final smoothing.