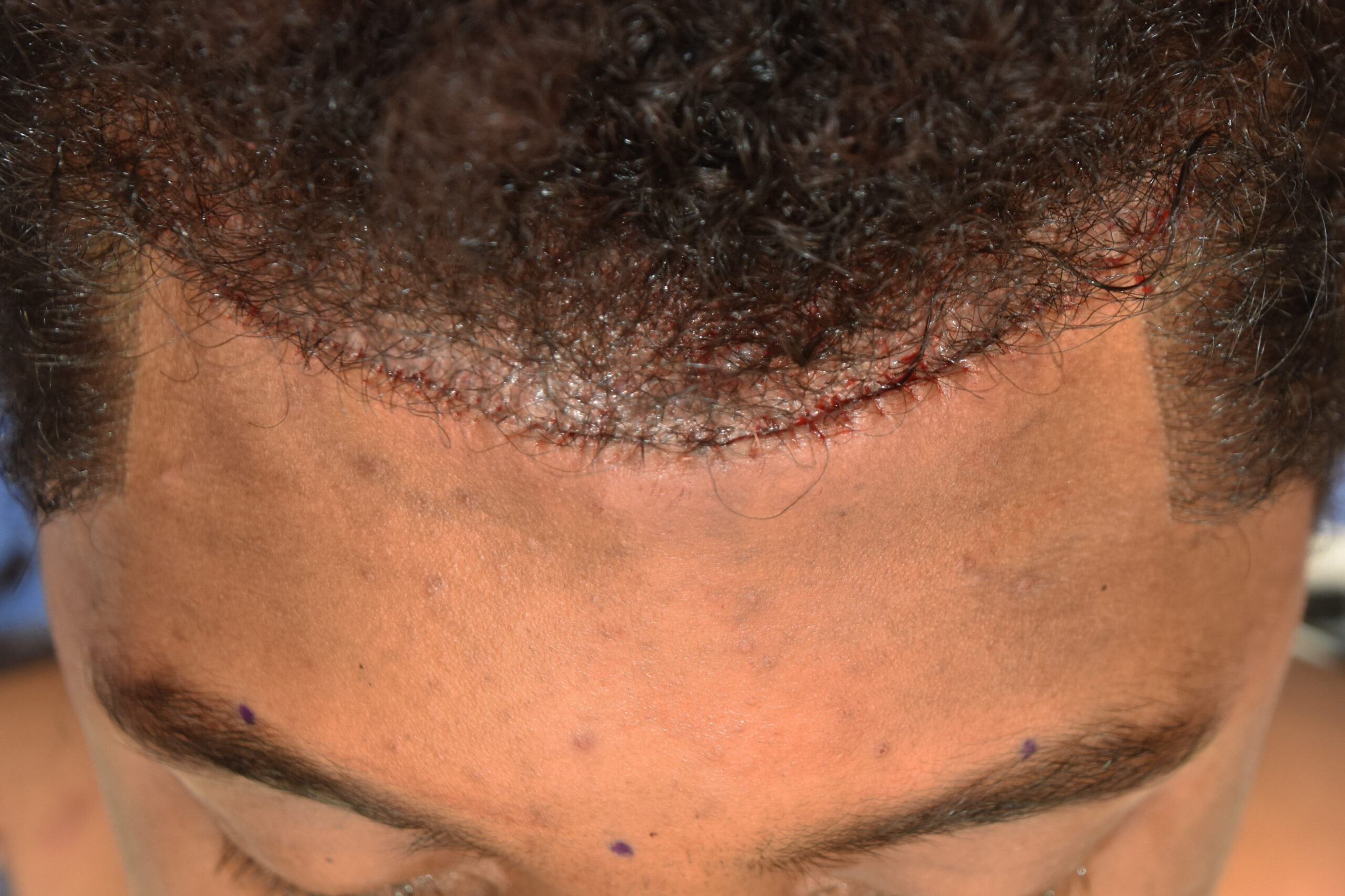 Background: The most visible dimension of the forehead is its vertical length. This perception is completely controlled by the location of the hairline which varies greatly amongst men and women. The edge of the frontal hairline can be changed in certain patients who have a good hairline density along the frontal edge and if it is believed it will be stable lifelong.

The frontal hairline advancement procedure for vertical forehead reduction is done through an epicranial shift technique. This can be perceived as the reverse of an endoscopic browlift which similarly depends on an epicranial shift but in the reverse direction. While the technique used to mobilize the full thickness of the scalp can affect how much it moves, the other significant contributing factor is the natural elasticity of the scalp. Scalps vary widely in thickness and this thickness is linearly related to its elasticity. The thicker the scalp is the more elasticity it has.

One of the major factors in the predicting the success of a frontal hairline procedure is how much movement is needed. This is best determined by the patient and I ask them to draw where they would like their new frontal hairline to be. This target determines what is and is not possible and whether the change can be done in one stage vs two stages. 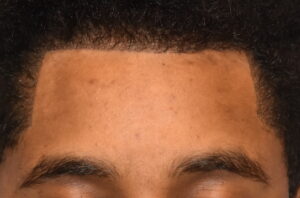 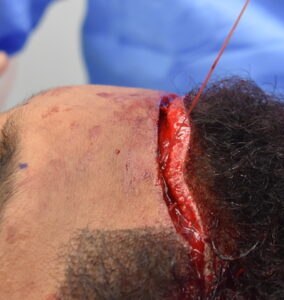 Under general anesthesia the posterior excision line was incised and the scalp behind it to the back of the head as well as on top of the deep temporal fascia. The frontal hairline was then advanced to the forehead marked line and the intervening tissue excised in a full thickness manner. The frontal hairline was stabilized in this position by suturing the galea of the advanced scalp to the periosteum far forward of the forehead cut line. The upper forehead tissues were grasped and pushed down to access the periosteum much beyond the anterior skin edge. Five of these pericardial fixation sutures are enough for good fixation. 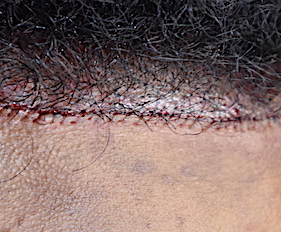 After further galeal suturing the new frontal hairline skin edge was closed with 6-0 plain sutures above the level of the hair follicles. This produces both a minimal scar as well as does not require removal. 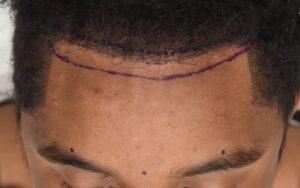 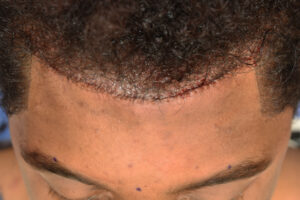 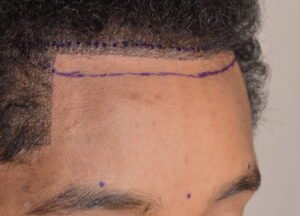 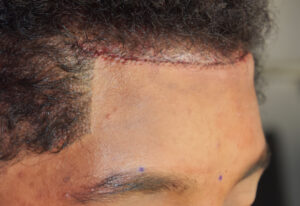 A 10mm frontal hairline lowering is achievable in almost all patients without undue tension on the scar line. Good flap fixation can be achieved in these modest hairline advancements without the need for bone holes or the use of various types of suture fixation devices.

1) The success of forehead reduction by frontal hairline advancement partially depends on the natural elasticity of the scalp.

3) Fine absorbable sutures are used to close the skin across the frontal hairline that allow for minimal scarring and do not need to be removed.