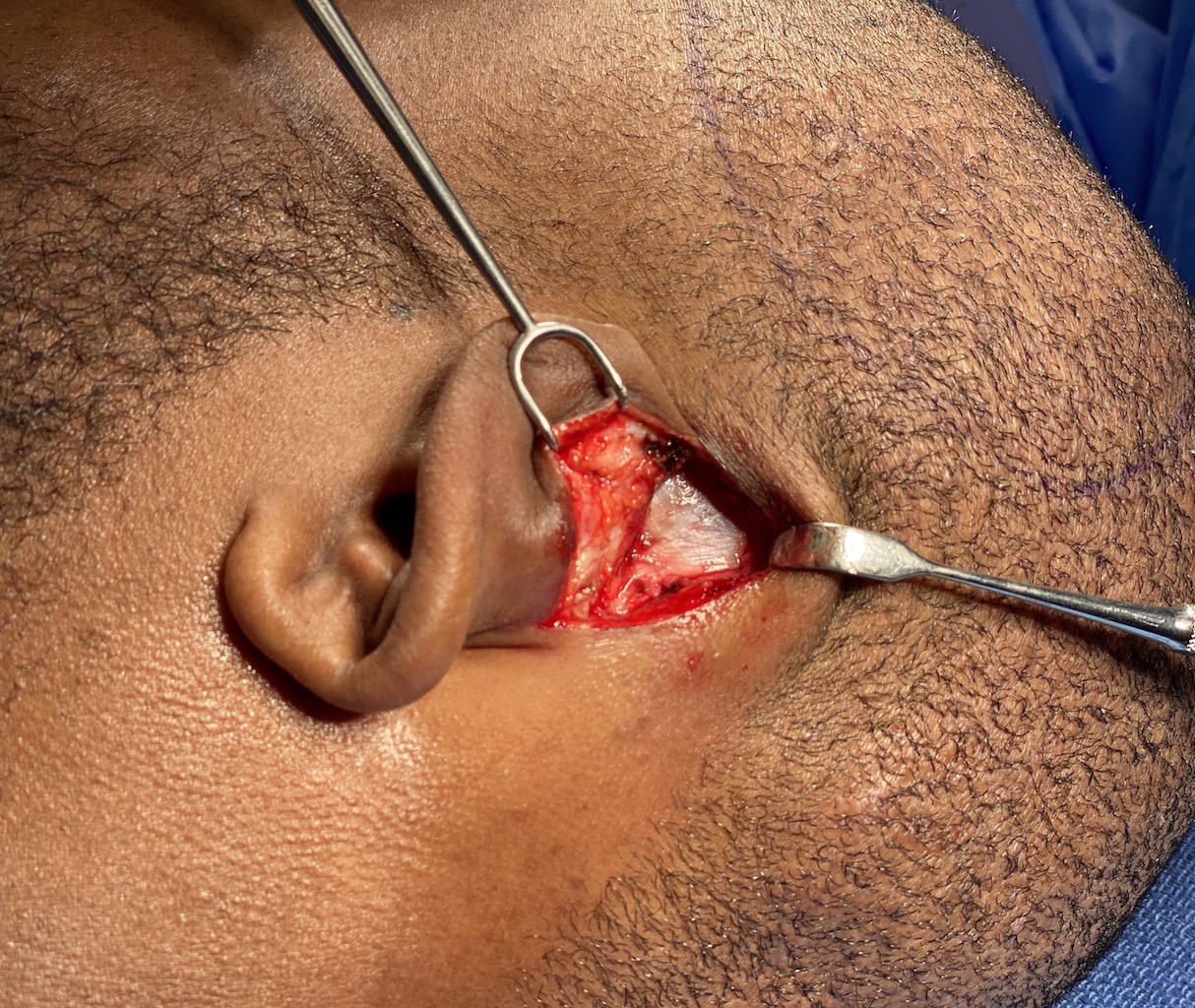 Background: One of the common aesthetic skull reshaping procedures requested and done is head widening reduction. Better known as temporal reduction the objective of the surgery is to create a narrowing effect (straight line) of an overly convex or round side of the head. While often perceived as accomplished by bone removal it is actually the temporal muscle that needs to be reduced in size. Typically it is the entire posterior temporal muscle that is removed with some limited anterior muscle as well.

In the most common patient (male) who presents with concerns about an excessively wide head, there is a uniform convex shape. The apex of the convexity as seen in the front view is about halfway between the bony temporal line and the top of the ear. In a less common form of head widening there is a profound enlargement of the entire temporal muscle. This is a true muscle hypertrophy that appears as a very distinct bulge beyond just a smooth convex shape that sticks out beyond the bony temporal line.

In such temporal muscle hypertrophy the traditional temporal reduction surgery will not be as effective and may create a different aesthetic problem. If the posterior temporal muscle is removed and much of the anterior muscle remains, an anteroposterior contour deformity may result. The anterior muscle must also be reduced but the traditional method of doing so by direct incision is both inadequate and places a scar in a visible location.

Case Study: This young male had very prominent muscle bulges on the side of his head that he wanted reduced. Because of his shaved head he did not want any incisions placed in a visible location for the muscle reduction. 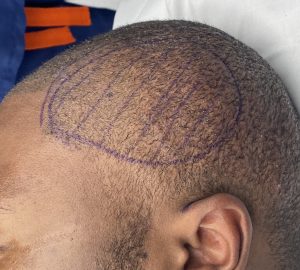 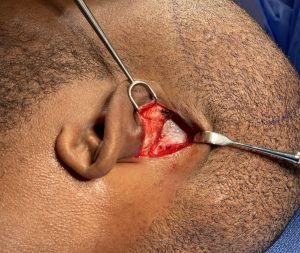 Under general anesthesia postauricular sulcus incisions were made and the temporal fascia exposed. Using a subfascial approach the entire temporal muscle was released along the bony temporal line from the tail of the brow bone all the way back to the parietal bone on each side. The muscle was also released rom the bone underneath it as well. A posterior wedge of muscle was removed and the anterior muscle sewn back to it. (muscle transposition) 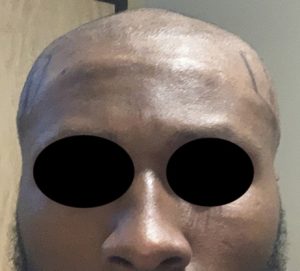 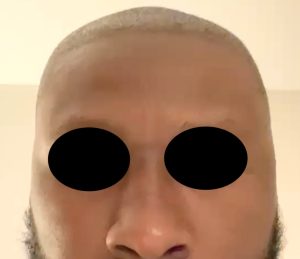 While the initial swelling after surgery was significant, due to much of the translocated muscle remaining, it eventually resolved. Along with muscle atrophy a satisfactory contour improvement was obtained by six weeks after surgery.

The temporal muscle transposition technique works due to muscle atrophy from the release of the muscle attachments along the long origin of the muscle.  With the release the muscle puts downward closer to its insertion. As the muscle shortens it also becomes less in size/bulk as it reattaches more inferiorly  with a shorter range of excursion. (workload) Because the muscle’s insertion remains intact there is no loss of jaw motion or function.

1) Excessive widening of the side of head can occur when the temporal muscle is exceptionally enlarged, creating a prominent bulge beyond the bony temporal line.

3) To treat both enlarged anterior and posterior temporal muscle areas, a transposition technique with origin separation is an effective technique.