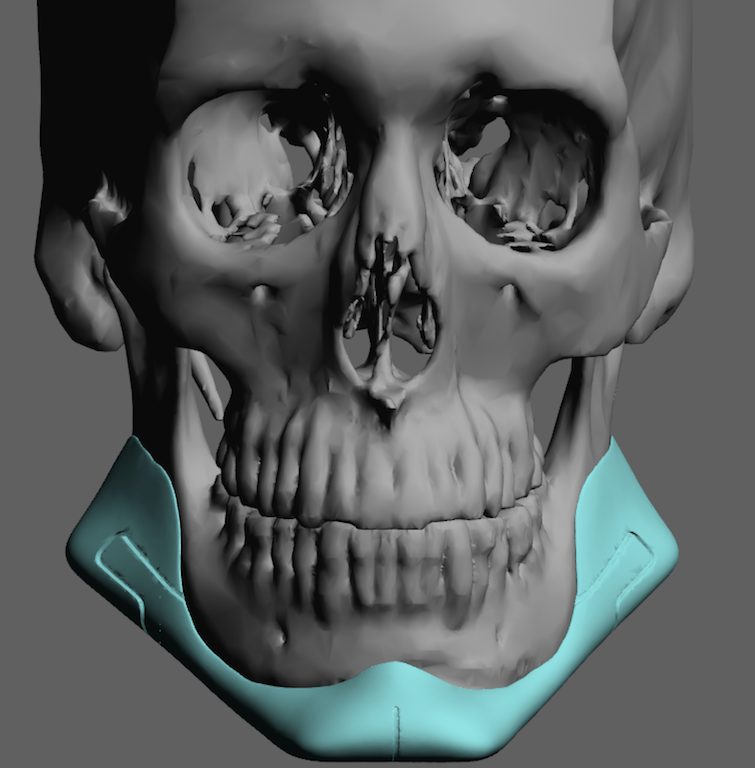 Background: Chin implants are the most common facial augmentation procedure and has been so for over half a century. It is easily the most visible part of the lower face and weaknesses of it adversely affect one’s profile and the appearance of the shape of the neck. Because of the powerful aesthetic effect of chin augmentation it has been called one of the best of all aesthetic facial procedures. (when surgical time vs aesthetic benefit is compared)

Because the chin is the most projecting point of the lower face and is a singular structure, getting a satisfying aesthetic augmentation result with a standard chin implant is usually possible. But it is not rare that a good chin implant result can make the rest of the lower jaw behind it look deficient. This is particularly true in more significant chin deficiencies because the underlying problem is an overall lower jaw deficiency.

When considering jawline augmentation behind the chin it is important to remember that this is a bilateral or paired part of the lower jaw. It also occupies a far greater surface area than that of the chin comprising 2/3s of the lower jaw structure. Thus every jaw angle augmentation is really two separate operations that are not structurally connected and often have bone shapes that are not identical. (natural asymmetry) This is particularly true when there is any significant lower jaw underdevelopment. This raises the question os whether standard or custom jaw angle implants should be used.

Case Study: This middle-aged male had a prior history of a chin implant years previously. While it provided some benefit it had a high chin bone position with some asymmetry and did not provide any jawline augmentation behind it. 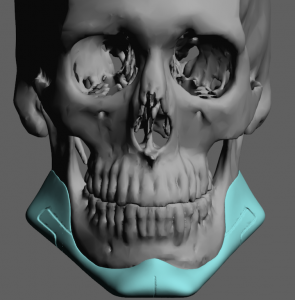 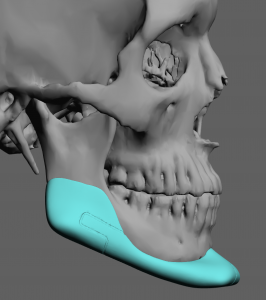 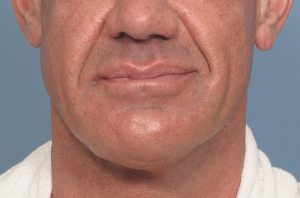 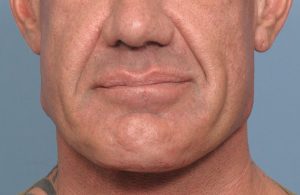 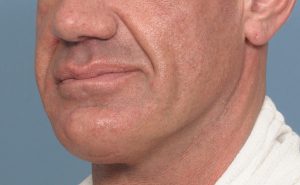 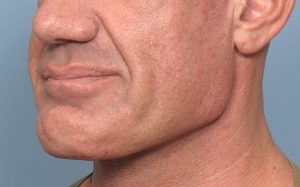 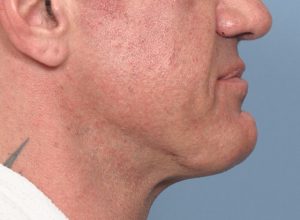 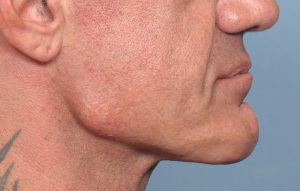 When seen eight months he had a substantial jawline shape change which was in line with what he wanted the end goal to be.

When augmenting any facial bone structure the first most important question is what type of change does the patient want. While patients can and will show examples of jawlines they like the patient’s own face is the best medium to work with since that is what on which surgery will be performed.  Computer imaging of various types of jaw augmentation changes is the best way to determine their aesthetic goals. This is especially true when the patient says they want a strong or ‘extreme’ type of jaw augmentation change. Patients have very individualized perceptions of what that means. 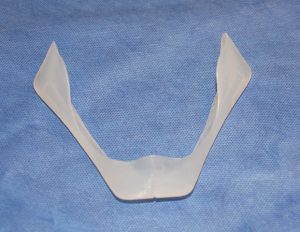 As a general rule male jawline implants that provide volumes 20ccs or greater would be considered large. But this has to be put into perspective by the patient’s body habits. Larger framed males will naturally have a bigger face and will require larger implant volumes to have a similar effect as that of a smaller volume jawline implant in smaller males. But at 28ccs implant volume it is fair to say that this jawline implant even in a larger male patient still produces a profound augmentation result.

1) A large jawline augmentation result can only be obtained by a solid silicone custom jawline implant because of placement issues.

2) Designing a large custom jawline implant requires preoperative computer imaging to determine the patient’s perception of what large is.

3) Getting a large custom jawline implant into position as a one piece insertion requires a high position of the mental nerve and inferior border pocket dissection.