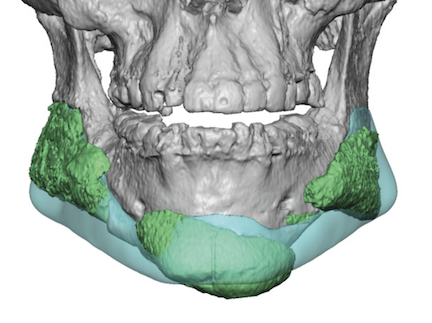 While chin and jaw angle implants can be effective, it is important to recognize that they really represent three separate operations done during one surgery. (three separate incisions, pocket creations and implant placements) As a result there are three times as many risks as that of the placement of a single chin implant…with the greatest risk being implant asymmetries due to the paired and often naturally asymmetric bony jaw angle regions. Asymmetries of standard jaw angle implants is actually the norm not the exception.

As a result some standard jawline implant augmentations decide to move onward to a custom jawline implant for a variety of reasons. Asymmetry is usually one of the major reasons but also to create an implant that has the dimensions of the chin and jaw angle areas that the standard implants have ‘shown’ them that they need. 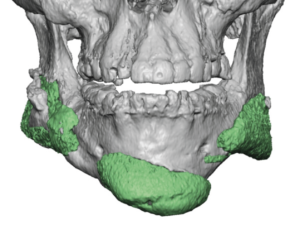 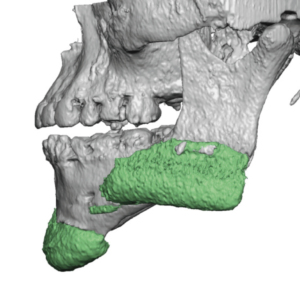 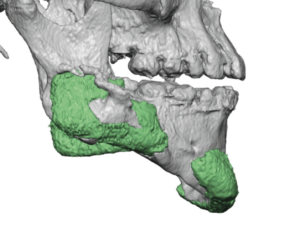 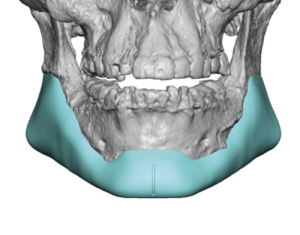 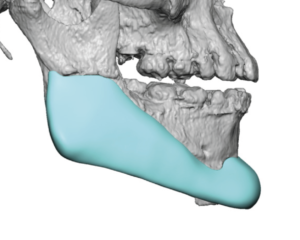 A custom jawline implant was designed from his 3D CT scan that assured improved symmetry and less risk of placement malpositions. The existing implants served as guides as to the dimensions of the new implant. 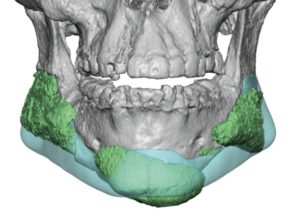 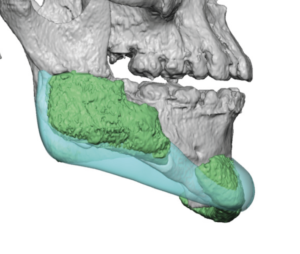 The newly designed custom jawline implant was overlaid digitally overlaid on the indwelling chin and jaw angle implants to show their comparative effects. 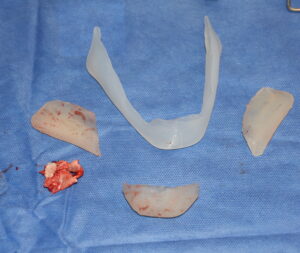 Under general anesthesia his existing submental and intraoral incisions, the chin and jaw angle implants were removed. This was challenging due to the need to break through the thick capsules and remove any bony overgrowths which were substantial on the right side. Once the subperiosteal pocket was established around the entire jawline, the new custom jawline implant was placed as a single piece in a front to back direction and secured with screws. 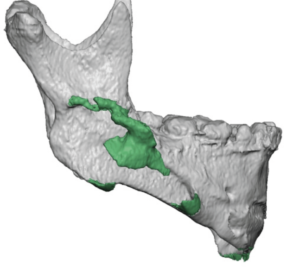 While the recovery from secondary jawline implant augmentations may be somewhat less to the patient due to their prior experience, such secondary implant surgeries are far more difficult to do. There is always going to be various amounts of bony overgrowth that will need to be removed as well as existing implant capsules released and/or removed. While this can be accomplished and is a necessity to do so, it requires time and patience to complete through the limited incisional access that is part of the surgery.

1) Separate chin and jaw angle implants are prone to placement asymmetries that look worse on a 3D CT scan than they do externally. (thankfully)

2) Removing existing chin and jaw angle implants often requires capsulectomies/capsulotomies and removal of bony overgrowths…which is more challenging than the primary surgery because of the limited incisional access.