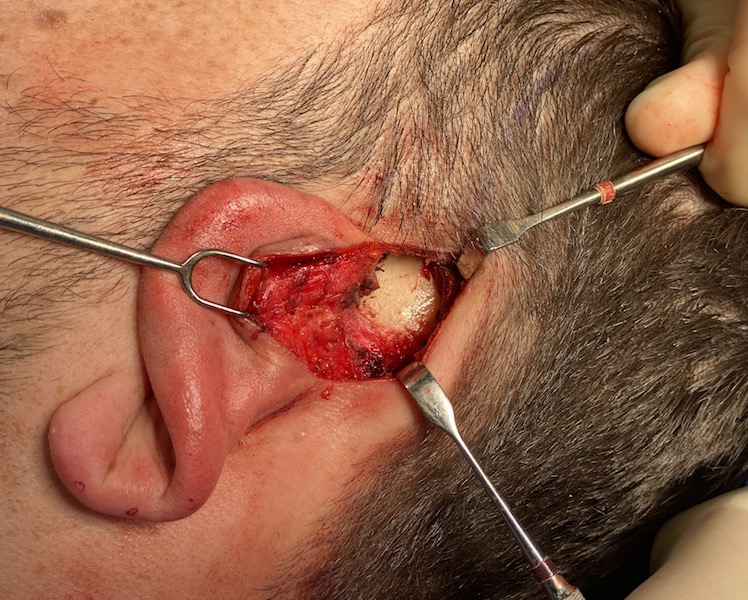 Background:  Reduction of the wide or convex head shape is most effectively done through muscle removal. The temporal muscle is quite large with its origins along the long temporal line of the skull from which it extends down into a funnel shape through which is passes under the zygomatic arch. Once under the arch this condensed mass of muscle inserts onto the lower jaw by which it exerts its function. It is understandable that the perception of removing any portion of this muscle would negatively affect the opening and closing of the lower jaw…but it doesn’t.

This is because the muscle that is removed in temporal reduction is of its posterior belly…the thinnest part of the muscle even though it covers a large surface area of the side of the head. It probably represents 30% or less of the total temporal muscle mass. This is an amount of muscle mass that appears to be less than what is required to affect any of its function.

The potential issue with temporal muscle removal is aesthetic in nature and not functional. To remove the posterior muscle an oblique full-thickness cut line must be done starting at the superior helical root and extending up to the bony temporal line. This leaves a blunt muscle edge that initially has a step-off equal to the thickness of the muscle. Over time the muscle edge will thin out due to atrophy as muscle is a very dynamic tissue. But in the short term keeping the deep temporal fascia on top of it in a tight layer helps flatten it out by the pressure. 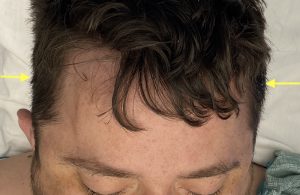 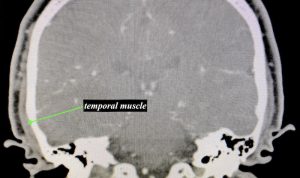 Case Study: This male desired to reduce the width of the side of his head. Coronal sections of his CT scan showed that the muscle thickness was equal to that of the bone above his ears. 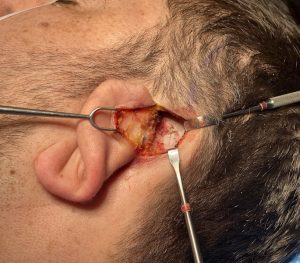 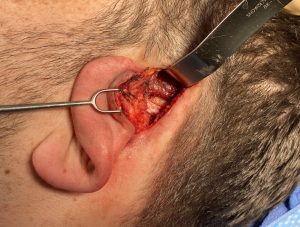 Under general anesthesia and through an incision behind his ears the deep temporal fascia was identified by partial detachment of the upper third of the ear. The fascia was vertically opened to expose a portion of the muscle. 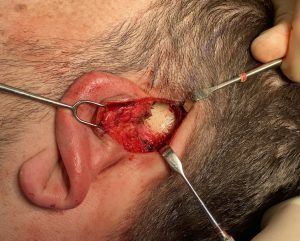 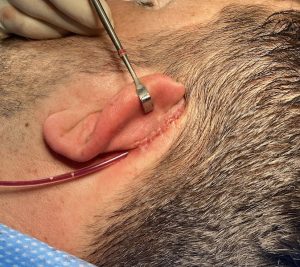 The muscle was elevated off the underside of the fascia first followed by elevating it off the bone next. Needlepoint cautery was used to then create a full thickness muscle cut angled upwards toward the forehead at the frontal hairline. All the muscle behind this cut one was removed. The upper ear was reattached and the incision closed in layers over a drain. 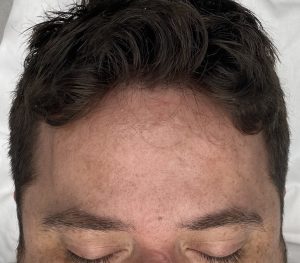 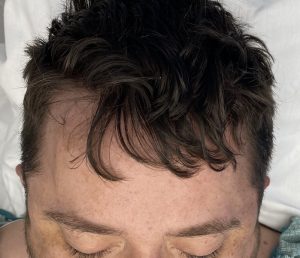 His intraoperative results showed the immediate effects of the muscle removal on the shape of the side of his head.

1) Temporal reduction involves the removal of the posterior muscle and a small portion of the anterior muscle if needed through a hidden incision behind the ear.

2) Avoiding an external visible cut line along the muscle cut is the most important aesthetic part of the procedure which is usually achieved by maintenance of the overlying deep temporal fascia.

3) While many think it is necessary to reduce the temporal bone for an adequate head width reduction but the muscle is thick enough that this is not necessary.