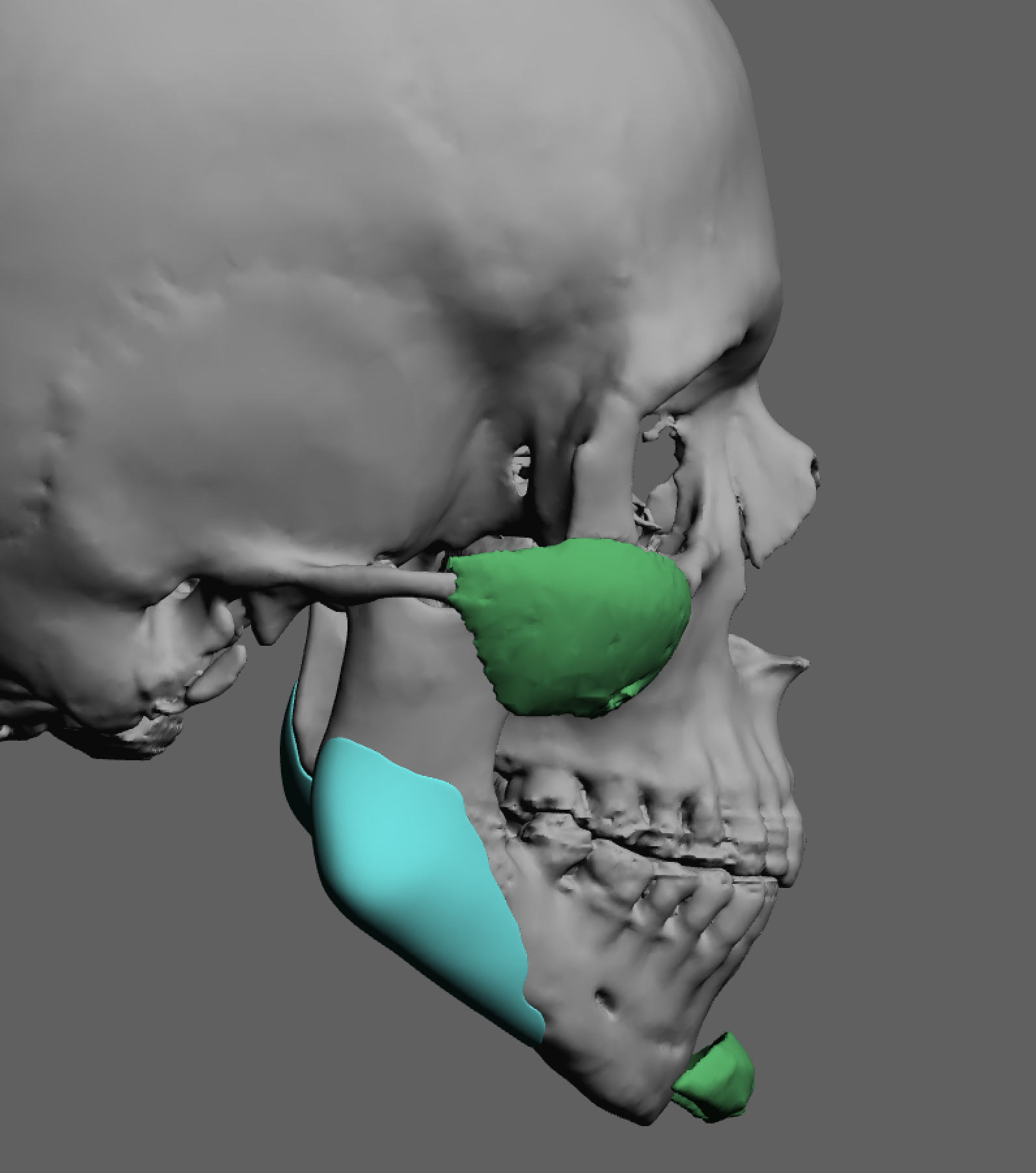 Background:  There are a handful of materials that have been historically used for facial implants. While solid silicone is the original and still most commonly used facial implant material even today, other materials have played a more limited but persistent role. The most weak known of these is porous polyethylene, better recognized as Medpor. It is differentiated by its propensity to allow tissue ingrowth, an appealing property to some surgeons and patients alike.

The value of tissue ingrowth into a facial implant material seems to be an intuitive  favorable feature… until it is becomes necessary to remove it. Then such tissue ingrowth becomes problematic as the tissue trauma to remove it is far greater than when it was put in. This tenacious tissue ingrowth has many surgeons saying that Medpor can’t be removed or are so challenging and time consuming to do so that they will not do it. The latter may be true but the former is not. Medpor facial implants can be removed but, by silicone facial implant standards, it is far more difficult and requires numerous learned techniques to do so.

One other property of Medpor implants is that they are not generally visible on 3D CT scans. The tissue ingrowth changes their radiographic appearance to more like soft tissue and not a solid implant material. This poses challenges when trying to evaluate their position on the bone when postoperative implant adjustments are desired/needed or when custom implant replacements are being done. They do appear in regular 2D CT scans but this is really not very helpful as a 3D understanding of their shape and bony position is most desired.

Case Study: This older female presented for jaw angle implant removal and replacements for a better aesthetic result. Twenty-five years previously she had some type of Medpor jaw angle implants placed for very high jaw angles due to an underdeveloped lower jaw. A 3D CT scan failed to show the material although imprinting on the bone suggested they were likely located at the mid-body of the mandible and not really back over the true jaw angle bone. 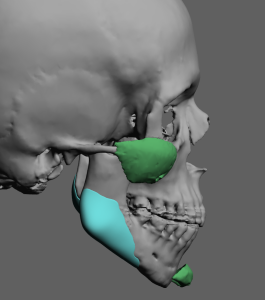 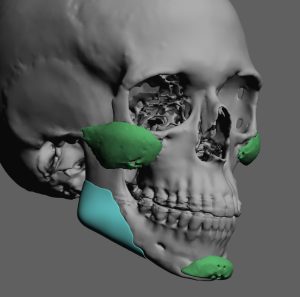 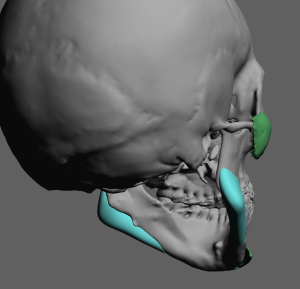 In creating custom jaw angle implants the shape of the bone was used for their design since the existing implants could not be seen. As also seen on the 3D images she had prior implant surgery of the cheeks and chin. 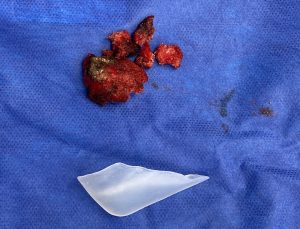 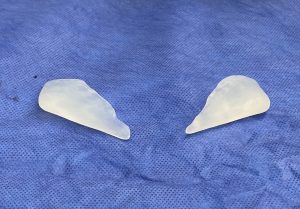 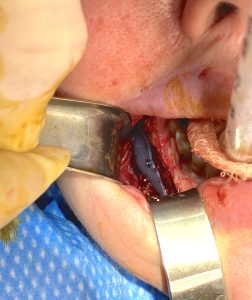 Under general anesthesia and through her existing intraoral vestibular scars, the indwelling Medpor implants were discovered to be at the body of the mandible. They wrapped around the interior border. In dissecting the implants out for removal, as often occurs with Medpor implants in this area, the crossing facial artery was transected in getting the tissues off the implant. The artery lacerations were controlled by suture ligation. In removing the Medpor material it is much softer than when it was initially placed and had to be removed in pieces as it tore apart on extraction. Because of the considerable dissection needed to remove the Medpor material a wide open pocket existed for the placement of the custom jaw angle implants. Double screw fixation was used to anchor the new implants on the flange of material that went up over onto the bone.

Having taken out hundreds of Medpor facial implants I fail to understand why they continue to be placed. Tissue ingrowth is great…as long as there is never a need to have to adjust, remove or replace the implant. But the reality is that 1/3 of all facial implant patients, whether it is with standard or custom implants, go onto one day to do just that. This case study illustrates that very point even it is 25 years later.

2) Because Medpor implants can not be seen by 3D CT scans, designing new implants around them must use the bony anatomy only.

3) Custom jaw angle implants are the most assured method for the high jaw angle patient where significant vertical lengthening is needed.