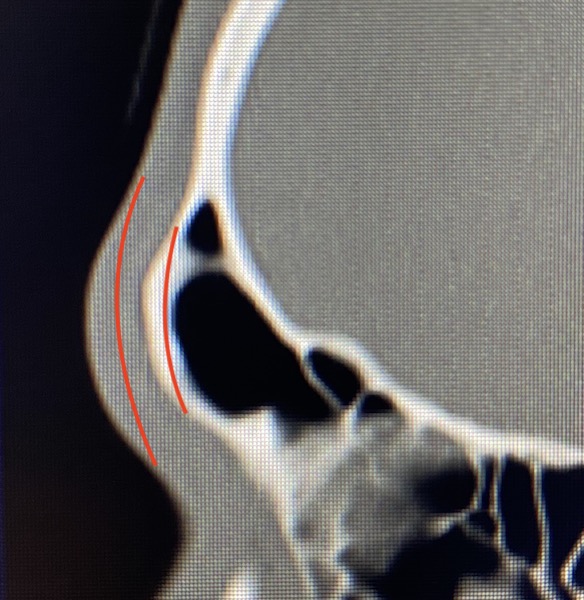 Background: One of the most commonly performed facial feminization procedures and the key one for the upper third of the face is brow bone reduction. As the male brow bone grows larger than a female’s due to hormonal differences the size of the frontal sinus expands outward creating the stronger brow bone appearance on the lower forehead. As a result the most effective brow bone reduction procedure is the bone flap setback, where the bone overlying the expanded frontal sinus is removed, reshaped and put back in a flatter less projected shape. 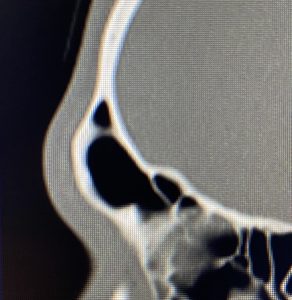 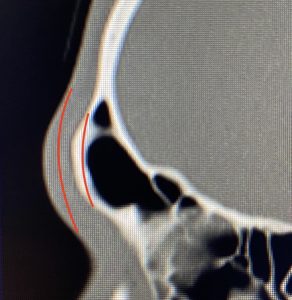 But when the brow bone has less projection and the amount of reduction needed is less, whether is a transgender male to female or a cis-female, the bone flap setback method may be too aggressive or more surgery than the aesthetic problem needs. The other brow bone reduction method is to leave anterior table of bone intact and reduce its thickness by burring it down. The amount of reduction obtained is limited by the thickness of the bone which usually is in the 3 to 4mm range maximum.

Besides being a less invasive surgery burring brow bone reduction can be done through a smaller incisional access. But due to the high speed burring equipment used linear line of sight is needed to the brow bones. This is best dine through a limited frontal hairline incision.

Case Study: This patient desired a brow bone reduction but was afraid that it too much was done it would make her look too different. Her brow bone prominence was not very strong so a burring reduction technique was chosen. 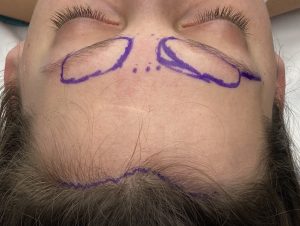 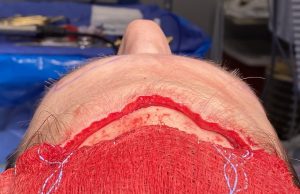 Under general anesthesia and through a frontal hairline incision, which was restricted side to side to within the tail of the brow bones, subperiosteal dissection exposed the brow bones. 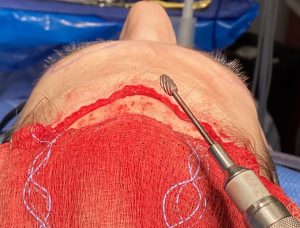 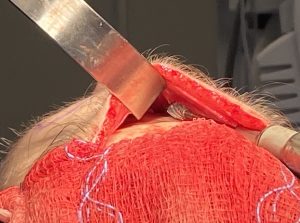 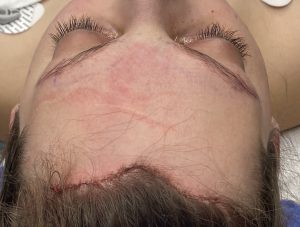 Closure of the frontal hairline incision was done with multi-layer resorbable sutures. 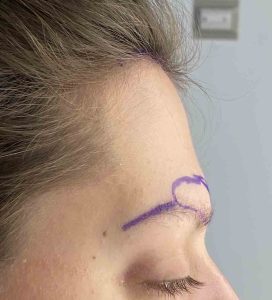 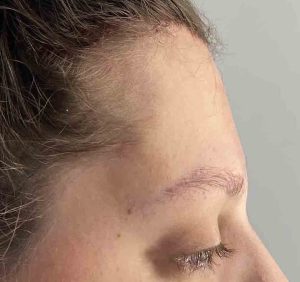 Her before and after intraop in profile showed the brow bone projection change.

For the properly selected patient a burring brow bone reduction offers a more modest change that avoids an over corrected result.

1) The most common brow bone reduction method in forehead feminization is the bone flap setback technique.

2) For more modest reduction in brow bone projection is the burring technique which thins the bone of the frontal sinus wall for its effect.

3) Brow bone burring reduction can be done through a limited frontal hairline incision.