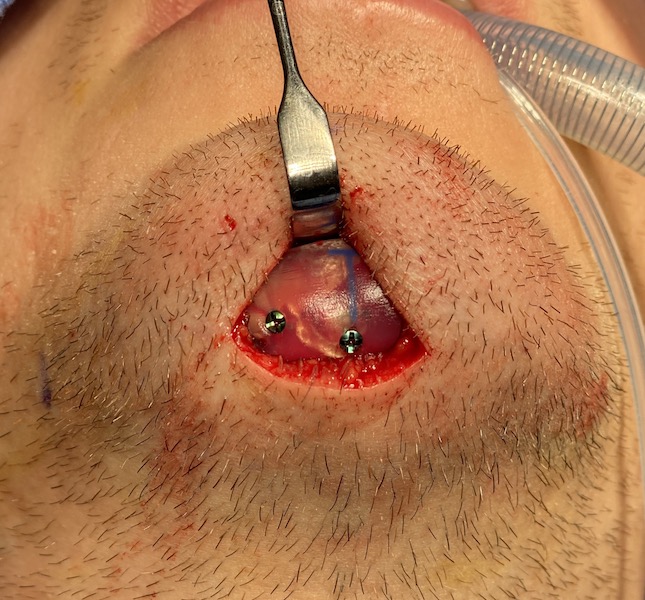 Background: The sliding genioplasty is a well known autologous chin augmentation procedure. Determining how much to move the mobilized chin bone forward requires some preoperative planning using computer imaging and linear facial measurements. But despite these preoperative planning efforts it is not an exact science. No one can precisely predict how the patient will interpret the final chin augmentation in terms of their desired projection increase.

One of the important questions I ask any implant patient before surgery is the flavor of change they are seeking. Is it modest, moderate or a desire for a large change? Granted that is open to wide interpretation but knowing their desired ‘flavor of change’ hopefully avoids an over corrected result…which is always a recipe for the need for revisional surgery. 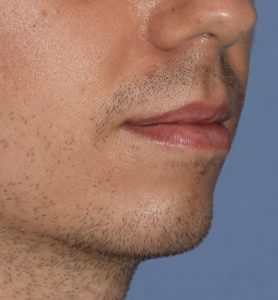 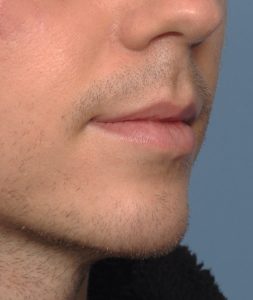 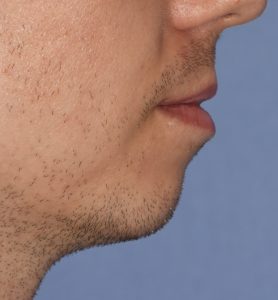 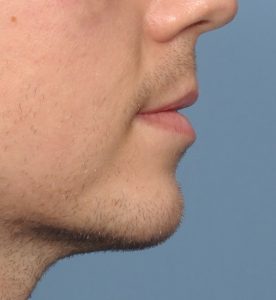 Case Study: This young male has two prior sliding genioplasties. In the first one he was worried about doing too much and opted for an 8mm advancement. Six months later, after determining that it was still deficient, a secondary genioplasty was done bring it forward another 4mms. (now a total of 12mms) While he had substantial improvement he determined that a little more chin augmentation was desired. But because the shape of the chin as becoming narrow, he opted for an overlay chin implant of 5mms. 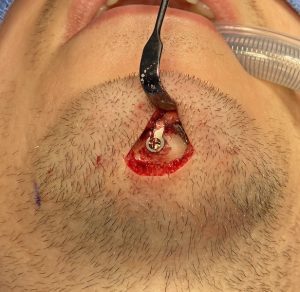 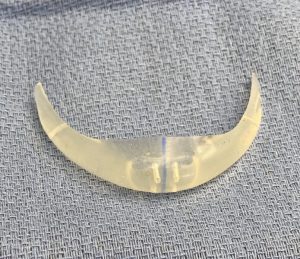 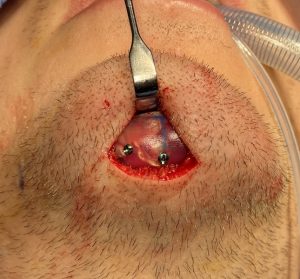 An extended anatomical chin implant of 5mms projection was chosen to bring both the extra horizontal augmentation as well as to add width. It was placed and initially secured with a single central screw. But because the right wing of the implant would not stay down a screw placed on that side to do so.

While a sliding genioplasty can be advanced secondarily there will usually be width changes. (narrowing) This can be undesirable in a male. A chin implant can always be placed in front of a prior sliding genioplasty whether it is a primary or secondary one. Usually the amount of additional horizontal augmentation is modest, which is easily achieved by an implant, and the addition of some with increase is an additional aesthetic benefit.`

1) A sliding genioplasty does not always achieve the desired amount of horizontal chin augmentation…which may change after the initial procedure.

2) When further efforts at sliding genioplasty are not desired the remainder of the desired horizontal augmentation can be done with a chin implant.

3) Whether the hardware from the sliding genioplasty needs to be removed to place the chin implant must be determined on an individual basis.