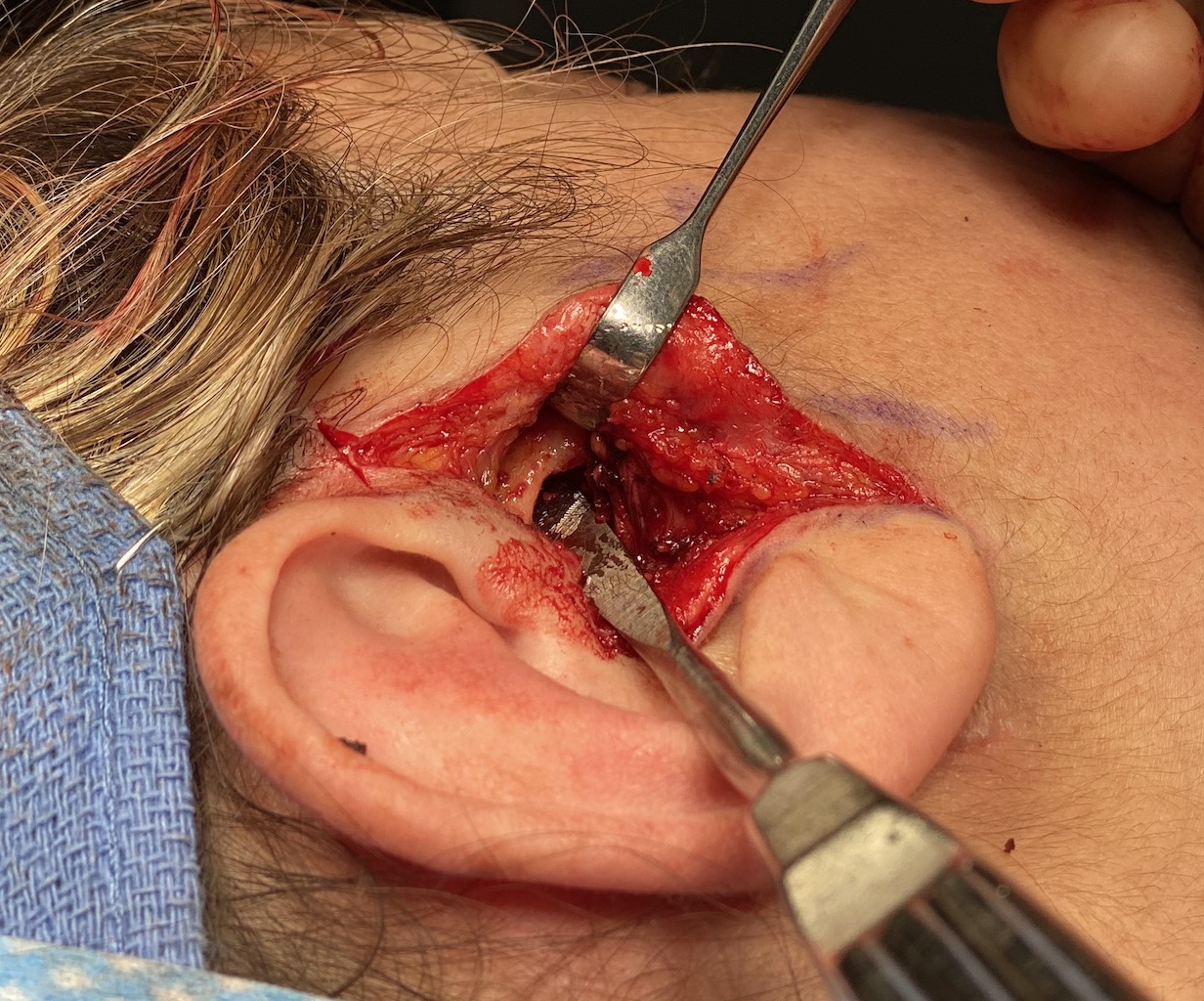 Background:  The vast majority of temporomandibular joint (TMJ) dysfunction/pain is extra capsular or outside of the joint. It is more related to the attached muscles and ligaments that work around the joint. But there are some cases where true intracapsular involvement occurs particularly when the lower jaw has been exposed trauma. The condyle of the joint may be forcibly driven upward into the glenoid fossa causing bleeding into the joint and even meniscal tears. Or the condyle may be rapidly distracted away from the joint space stretching the surrounding capsule.

Either way, the small TM joint space can develop adhesions/scarring that prohibits smooth meniscocondylar movements that are needed for unobstructed and pain free mouth opening. The affected TMJ may lose the ability to translate out of the fossa (fixed dislocation) or may do so with a symptomatic click from compression of the meniscus. (reciprocal dislocation) These are indications for a TMJ arthroplasty procedure to free up the scarred meniscus and capsule as well as to reduce the bony eminence to make it easier for the meniscus to have a more normal gliding motion.

One can have a debate about whether a TMJ arthroplasty should be done through an arthroscopic or open approach. But in cases of fixed meniscal dislocations I think the open approach offers a more complete treatment of the involved tissues. 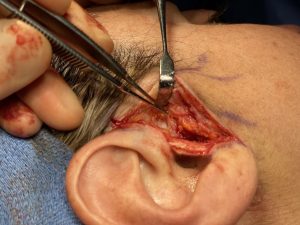 Under general anesthesia and through a preauricular retrotragal facelift type incision. Dissection was carried down anterior to the cartilaginous ear canal in which the auriculotemporal nerve was encountered and resected. 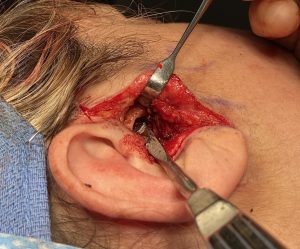 Once the deep temporal fascia was found a horizontal incision was made through it down to the bone. The superior TM joint space was entered and the meniscus was freed up along the glenoid fossa and out over the articular eminence. The meniscus was intact without tears or perforations.

Once the articular eminence was fully exposed it was reduced by a high speed handpiece to remove most of its prominence, making it easier for the meniscus to move back and forth. 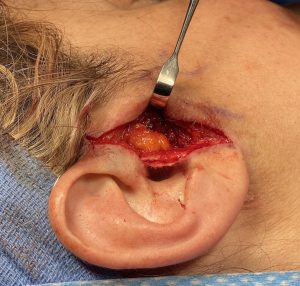 Rather then closing the joint capsule fat grafts, which were harvested from a concurrent hairline brow lift, were sewn around the exposed joint space as a method of ensuring a good capsular release was maintained. Closure of the incision was then done in multiple layers.

1) Fixed meniscal dislocations of the TMJ can occur traumatic injuries to the face that either compress or distract the condyle.

2) An open TMJ arthroplasty allows for maximal release of meniscal adhesions/scarring and creating an increased joint space for its movement.

3) To prevent postoperative capsular tightness of the joint, fat grafts are used to introduce new tissue rather than closing/tightening down the capsule.