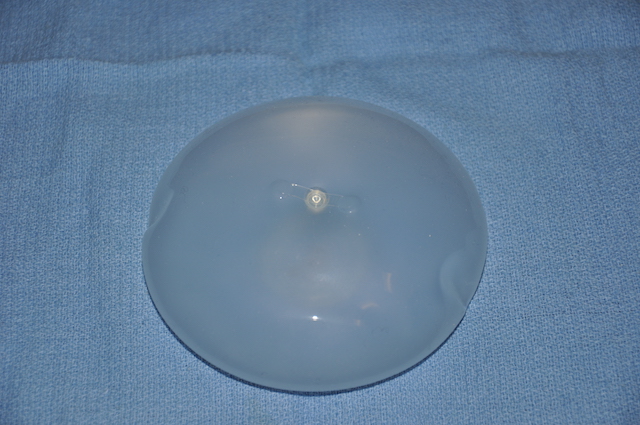 Background:  The placement of breast implants can have several long term reasons for their removal and/or replacement. Implant failure due to disruption of the intact shell is the most common reason for replacement and will undoubtably happen to most women…eventually. Changes of the breast tissue on top of the augmented mound is another reason if one had s substantial amount of breast tissue initially. With time and breast tissue expansion (pregnancy) the breast tissue may slide off of the implant creating a form of ptosis with a long hanging nipple and a very full upper pole. Lifting and breast implant replacement is often undertaken for correction.

More recently a reason for silicone breast implant removal has been what is referred to an breast implant illness. A small number of women may develop more systemic symptoms which may be more consistent with an immunologic type reaction. (e.g., fatigue, rashes, pain) In these cases the definitive resolution is breast implant removal with or without capsulectomies. This is often combined with a lift for concurrent correction of expected sagging/ptosis. Management of los breast volume/upper pole fullness, if desired, is usually of secondary concern.

Case Study: This middle-aged female had saline breast implants placed 13 years previously which at that time had some slight ptosis. It was compensated for by larger implants. (500ccs) Since then between time, gravity, and pregnancies her breast tissue had partially slid off the implants creating a large amount of ptosis. In addition she had developed some left breast pain with overall feelings of fatigue. She desired the breast implants to be removed which would then require a concurrent lift.

3) Restoration of upper pole fullness can be done with fa grafting or more effectively implants…if the patient is comfortable with breast implants again.