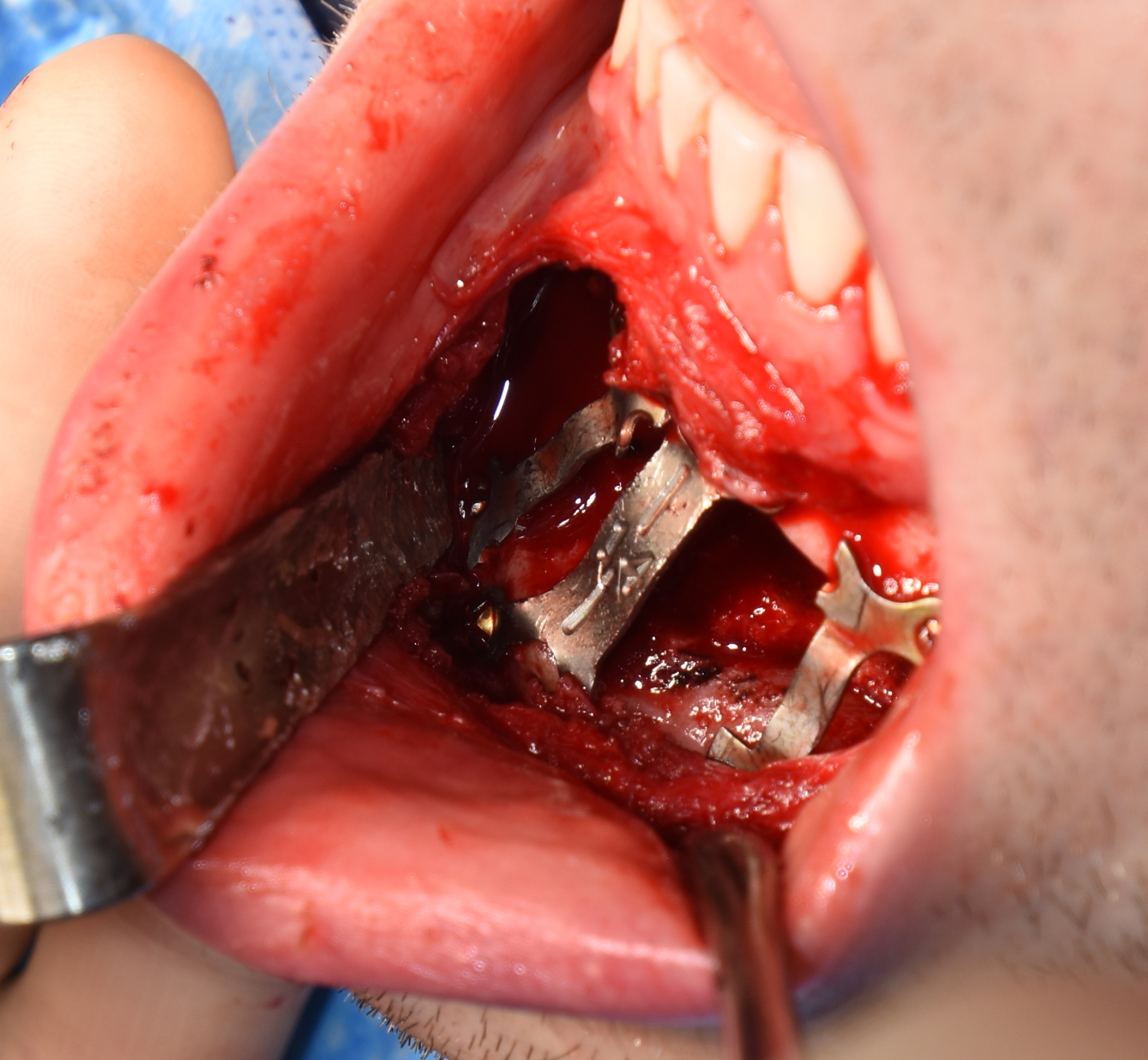 Background: The sliding genioplasty is the autologous option for chin augmentation. It s a versatile procedure from a dimensional standpoint and can provide significant horizontal advancements, vertical lengthening/shortening and width narrowing but is limited in being able to create increased chin width. It is the only option, short of injectable fillers and fat, for patients who want to avoid an implant.

But like an implant it is not a perfect operation and the effects of the bony chin change may be seen after surgery as either too much or too little no matter how well planned it was beforehand. Unlike an implant, however, a bony genioplasty is not as easily reversed or modified. But this should not be confused with that a secondary genioplasty can not be done.

In secondary genioplasties where increased augmentations need to be done and a bigger bone gap created, the pertinent issues are how easily the existing metal hardware can be removed, what osteotomy line is going to be used, how much fixation is required for stabilization and how to bone graft the gap created.

Case Study: This male has a prior history of an 8mm horizontal sliding genioplasty advancement. He was unhappy with the result  because one of his goals was too thin and elongate his face. Computer facial imaging showed that vertical lengthening as well as some additional horizontal advancement was needed to achieve his facial reshaping goals. 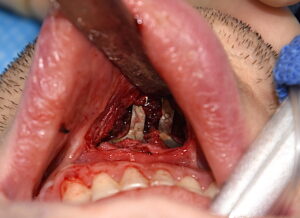 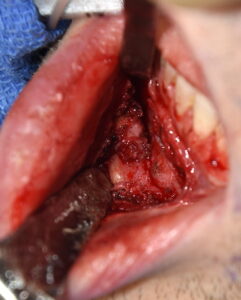 Under general anesthesia and through his original well healed vestibular incision behind his lower lip, the bony genioplasty site and metal hardware were exposed. The metal plate and six screws were removed, revealing well healed bone and a distinct bony step off. 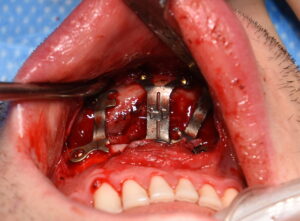 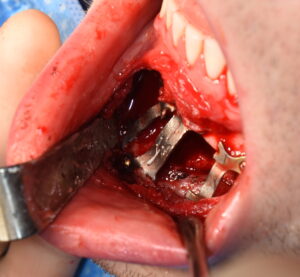 The original osteotomy line was recut using a reciprocating saw and down fractured. The chin bone was then reset using a bent 14mm central plate. An 8mm vertical opening as created with additional advancement out to 12mm. (was 8mms with 0 vertical) To aid with lateral stability of the suspected chin segment the removed plate was split in half and each half applied to the side of the central plate using the removed screws. 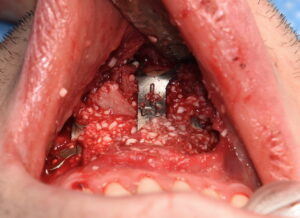 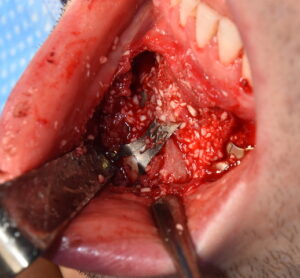 The interpositional gap was filled with 10ccs of cadaveric bone chips with a surgifoam backing. A three layer closure (double muscle layer and a mucosal layer) over the bony genioplasty completed the procedure.

Because the downfractured chin in any form of a sliding genioplasty is a pedicle bone flap it can survive secondary and tertiary genioplasty procedures. In prior horizontal advancements in particular the original osteotomy is clear and can be recut. This bone cut goes through less thick bone than the original surgery and is safe from mental nerve injury. (provided the original osteotomy cut did not damage it) Many times the original metal plate may be reused for additional bone support although a new central plate is needed because it does not have adequate length. The screws, however, are often have stripped heads and/or threads and are not as ‘recyclable’.

2) The original osteotomy line can be recut along the setoff after the plate and screws are removed.

3) In secondary vertical chin lengthening with advancement three plate fixation needs to be used of which the original plate can be recycled to account for 2.3s of the plates and screws needed.

4) Cadaveric bone chips mixed with any loose autologous bone pieces needs to be used as an interpositonal graft.