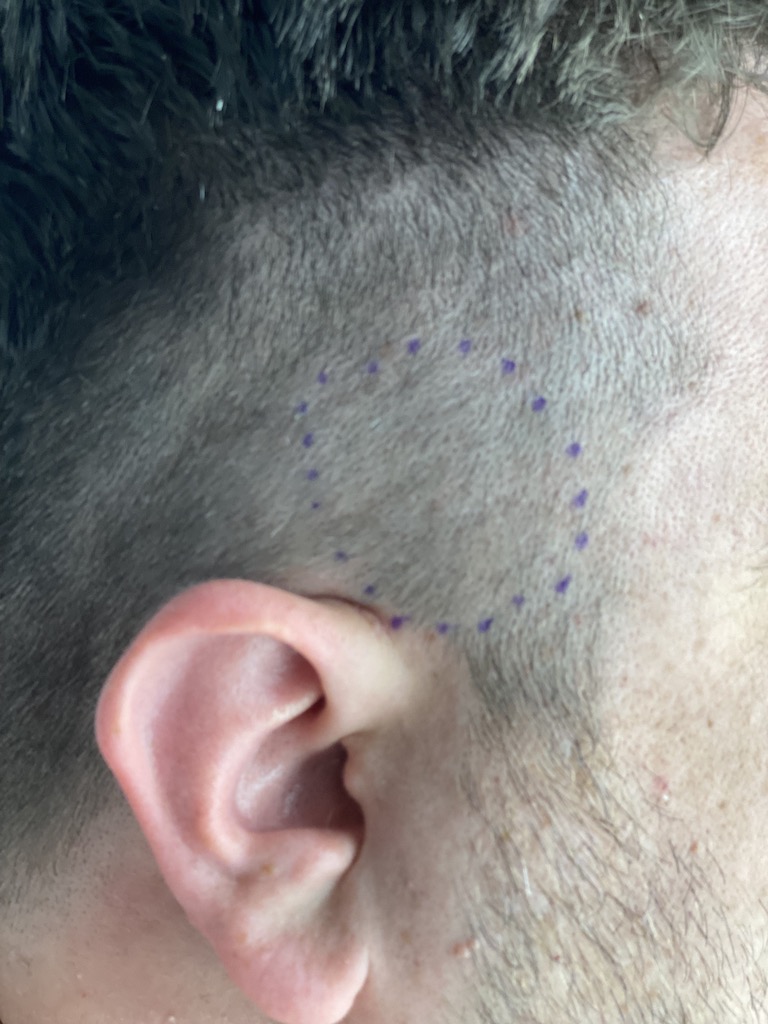 Background:  One of the more commonly requested skull reshaping procedures is that of temporal reduction. To reduce the overly wide or convex side of the head shape, the posterior portion of the temporal muscle is removed through a postauricular incision. Not only is the procedure effective but it is also scarless.

While there are many questions prospective patients have about the procedure, it has a very high patient satisfaction level and a remarkably low risk of any complications or need for revision. Major concerns such as jaw dysfunction have never occurred nor would they be expected based on an understanding of the anatomy and how the lower jaw moves.

Other than how effectively does the operation achieve the patient’s head reshaping goals, the only other aesthetic risk is asymmetry…a common risk in any bilateral surgery. While the resection of muscle may be equal on both sides. that does not mean the amount of remaining anterior temporal muscle is symmetric. The ‘discovery’ of such muscle asymmetries after surgery, although very uncommon, can potentially occur and the question then is how to manage them. 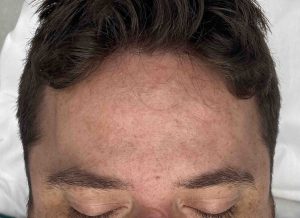 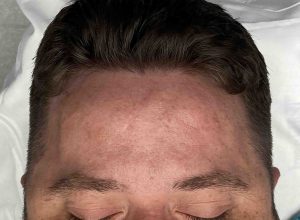 Case Study: This male had a prior temporal reduction that was very effective for decreasing the wide convexity on the sides of his head. 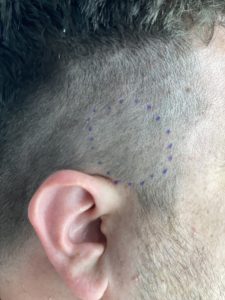 After three months he noted a residual bulge on the right side just above and anterior to the ear. He desired this area to be secondarily reduced. 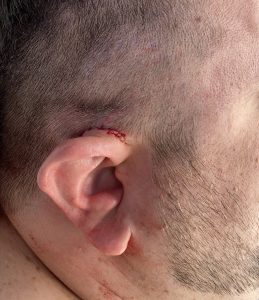 In standard temporal reduction surgery it would be hard to have a posterior asymmetry since all of the muscle is removed from each side. (unless there was a preoperative asymmetry) Thus any postoperative asymmetry must come from the anterior region which is always possible although very uncommon. As long as such asymmetry is not too far from the original postauricular incision direct reduction of a small muscle area can be achieved secondarily.

1) Temporal reduction is a very effective procedure for head width narrowing but the risk of asymmetry is always present.

3) Residual anterior temporal asymmetries may be able to be reduced through the original postauricular incision.