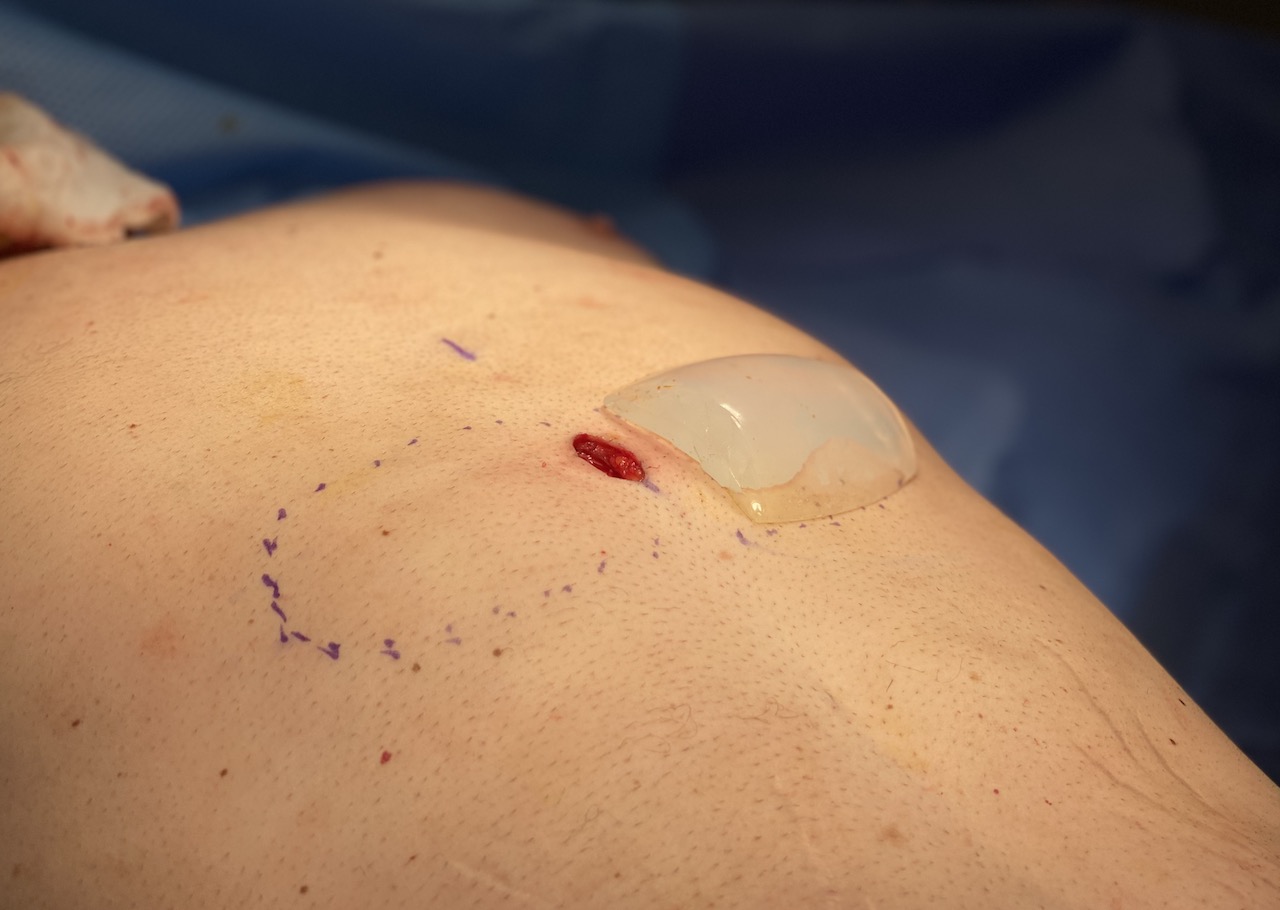 Background:  One very specific method of abdominal sculpting is the creation of a ‘six pack’ look. While everyone would agree that the best method to achieve that abdominal look is through exercise and diet, not every patient can actually achieve that result no matter how much effort they put into it. This is not to mention that some patients simply don’t want to put in that amount effort and will bypass the process with surgery. (the basis for liposuction for many patients)

The most common method to achieve the six pack abdominal look is known as etching. This is a linear liposuction technique with the goal of highlighting the midline vertical linea alba and the horizontal muscle inscription lines. By making these indented lines appear the intervening soft tissue above the muscle between them creates the appearance/illusion of a more defined muscular appearance. More muscle volume is not actually being created but with a reduced outline around them a more sculpted muscular appearance occurs.

An alternative approach is to augment the muscle directly with implants, creating an actually larger muscle appearance between the lines alba and the inscription lines. This is known as six pack ab implant surgery. The concept is like any other muscle enhancing body implant surgery in that an implant is added to the muscle to increase its size. Six pack ab implants are unique in that the enhancement is not one single muscle with one implant but multiple smaller implants selectively placed in areas of the muscle to create the effect. It is also uniquely different from abdominal etching is that it actually increases the muscle size by augmentation rather than creating the illusion of increased muscle by fat reduction along its fascial attachments.

Ab implants are placed underneath the rectus muscle fascia as six separate implants, three one each side of the midline line alba. This is traditionally done through small midline incisions (often called microincisions although that is not a completely accurate description as each incision is about an inch long) The umbilicus can serve as one location for the placement of the lowest pair of ab implants. 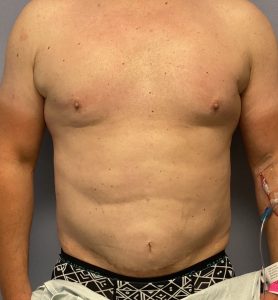 Case Study: This male had years previously undergone significant weight loss through a diet and exercise, losing 100lbs non-surgically. Thereafter he underwent liposuction and a tummy tuck for loose skin as well as pectoral implants. Abdominal etching was done at that time with only very modest results. He came back after five years for additional procedures of flank liposuction and a specific request for ab implants to try and get a six pack abdominal look. 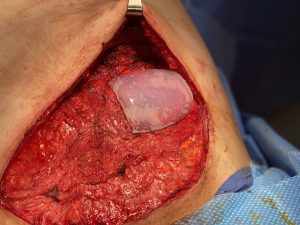 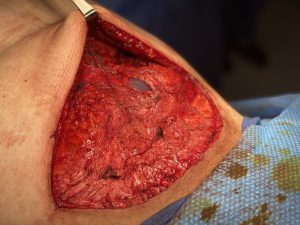 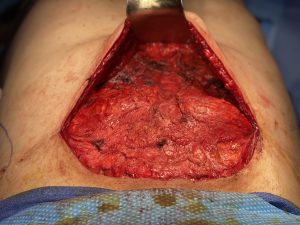 Because he already had a tummy tuck scar and a very low umbilical position I elected to open his tummy tuck and place the lower four ab implants through it. 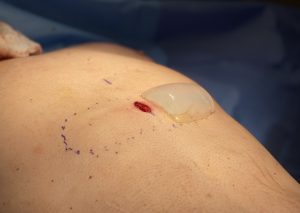 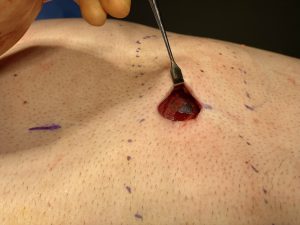 The upper pair of ab implants was placed through a more traditional midline incision in the subfascial location over the muscle. 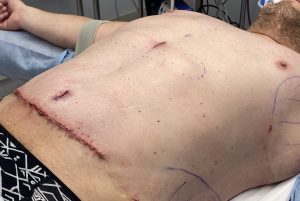 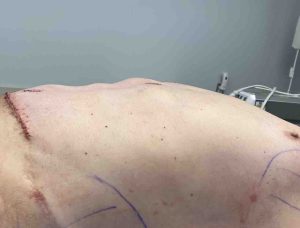 His intraoperative results showed six distinct abdominal muscle bulges. It remains to be seen with a full recovery and the resolution of swelling and the effects of tissue contraction as to how much of a six pack abdominal result is eventually seen.

The ideal candidate for six pack ab implants is lean with a thin subcutaneous fat layer between the skin and the rectus muscles. These are clearly the patients who get the most ideal results where the implants can become the most visible. This patient is more challenging in that regard having had a prior tummy tuck with an overall thicker subcutaneous tissue layer. That does not mean, however, he can not get improvement over how he looks now.

1) Ab implants are placed in three paired locations of the rectus muscle between the inscription lines in the subfascial location.

2) In this unique patient who had a prior tummy tuck the lower two pair of ab implants was placed through an existing tummy tuck scar.

3) The upper pair of ab implants was placed through a traditional small vertical midline incision.