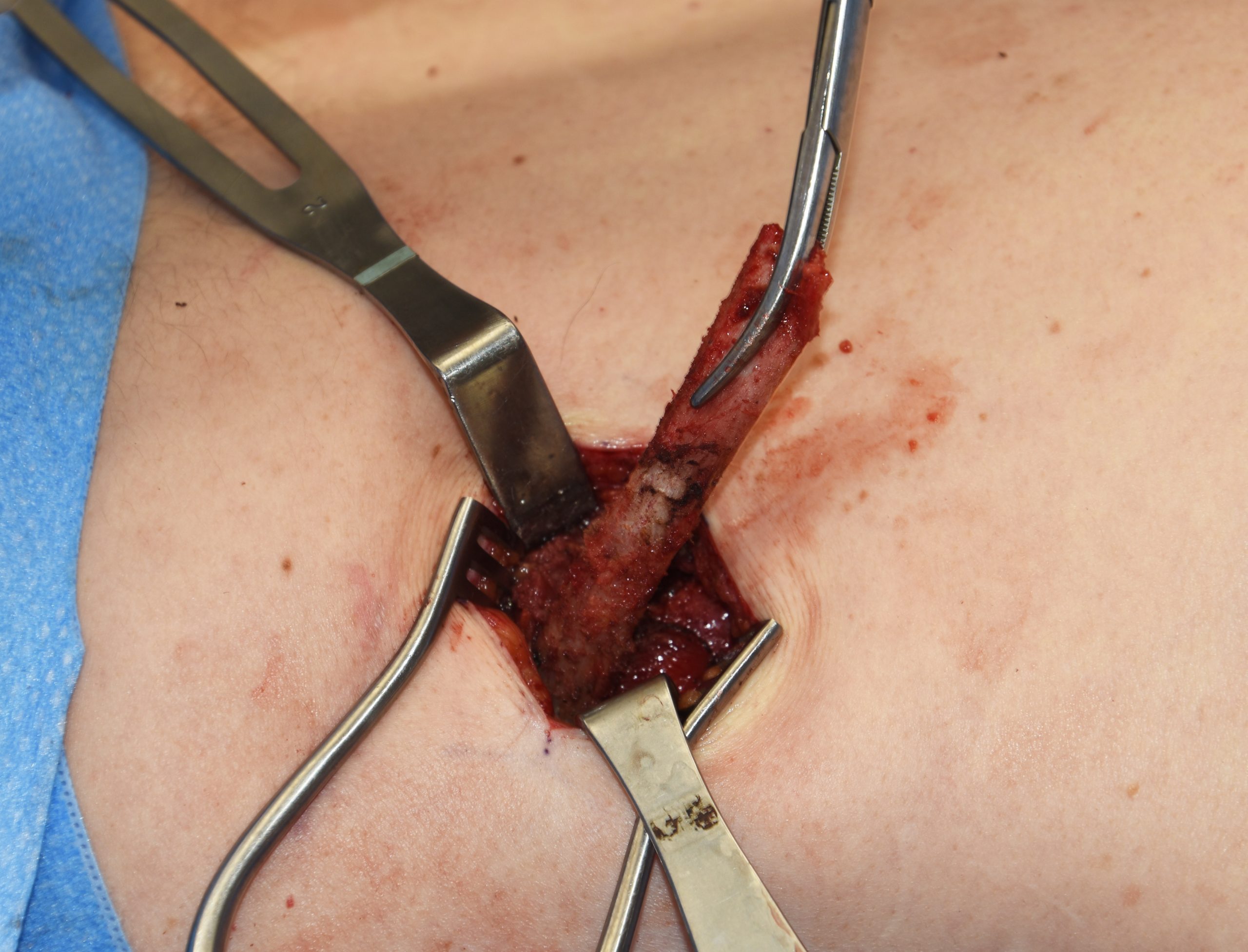 Background:  While the ribs are designed to provide protection and support of the lungs and other internal organs, there are instances where their very structure can be a source of pain. This is most relevant in ribs #11 and #12 which are both unattached on their anterior ends and point very obliquely downward.

One source of flank/lower back pain caused by ribs is in the rib tip syndrome. Also known as the costo-iliac impingement syndrome, it is the result of the ends of ribs #11 and #12 pressing on the bony iliac crest…or causing soft tissue compression between the rib ends  even if the actual ends of the ribs do not touch the hips. A variety of non-surgical treatments are available for rib tip syndrome including nerve blocks of which some should be first tried before considering surgery.

The surgical treatment for ribs tip syndrome is removal of the end of the ribs at either #11 , #12 or both. The interesting question is how much of the ribs need to be removed to get satisfactory relief? The end or tip of the ribs #11 and #12 are cartilaginous and is a small segment of about 1 cm in length. It has a natural v-shape to which musculofascial attachments exist. In theory, as the syndrome name suggests, removal of the rib tip should be sufficient.

Case Study: This male had diagnosed rib tip syndrome for which he had removal of the tips of ribs #11 and 12 from an anterior approach by other surgeons. While this provided some very modest symptom relief, it was insufficient. A dynamic ultrasound showed flexion and compression of ribs #11 and #12 in the lateral bending/schrunched position. 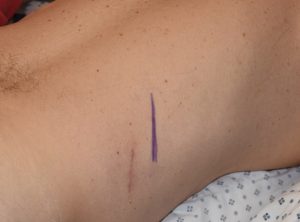 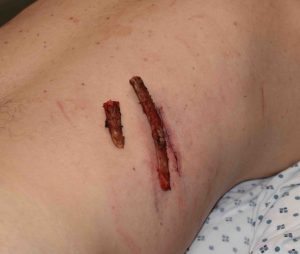 Under general anesthesia and through new 5 cm oblique back incisions, longer one segments of ribs #11 (12 cms) and #12 (4cms) were removed. The proximal end of the ribs were removed at the lateral edge of the erector spine muscle. 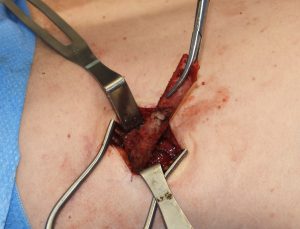 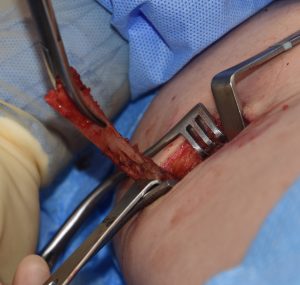 The key to removing long segments of ribs through relatively small incisions is the proximal release of the rib which allows reorientation of it. At the osteotomy line it is turned 90 degrees from which circumferential subperiosteal dissection is done down to its end. Once the end is released the rib can be fully removed. 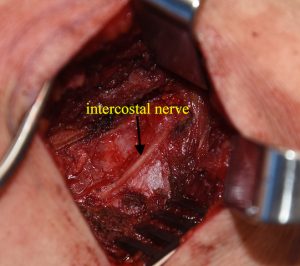 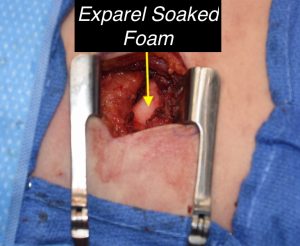 Several intraoperative maneuvers are important in rib re moral to both manage postoperative pain as well as to avoid chronic pain. Preservation of the whole length of the intercostal nerve needs to be done with the subperiosteal dissection. This will avoid the risk of causing chronic pain from nerve injury. In the pocket that is left from the rib removal, Exparel-soaked dissolvable foam sponges are placed. This is a safer method of doing a nerve block than an injection and is equally assured of getting the medication directly to the nerve.

In the short term (next day) the patient felt confident that this rib removal surgery had already made pain improvements that were not present in his prior surgeries. I will await 4 to 6 weeks to have a more accurate gauge of the success of the surgery. But it suggests that rather than just taking the small tips or end of the ribs off a larger bony rib segment should be taken.

1) One well recognized source of rib pain is the rib tip syndrome.

2) Removal of rib #11 and #12  tips alone from an anterior approach provided only modest symptom release.