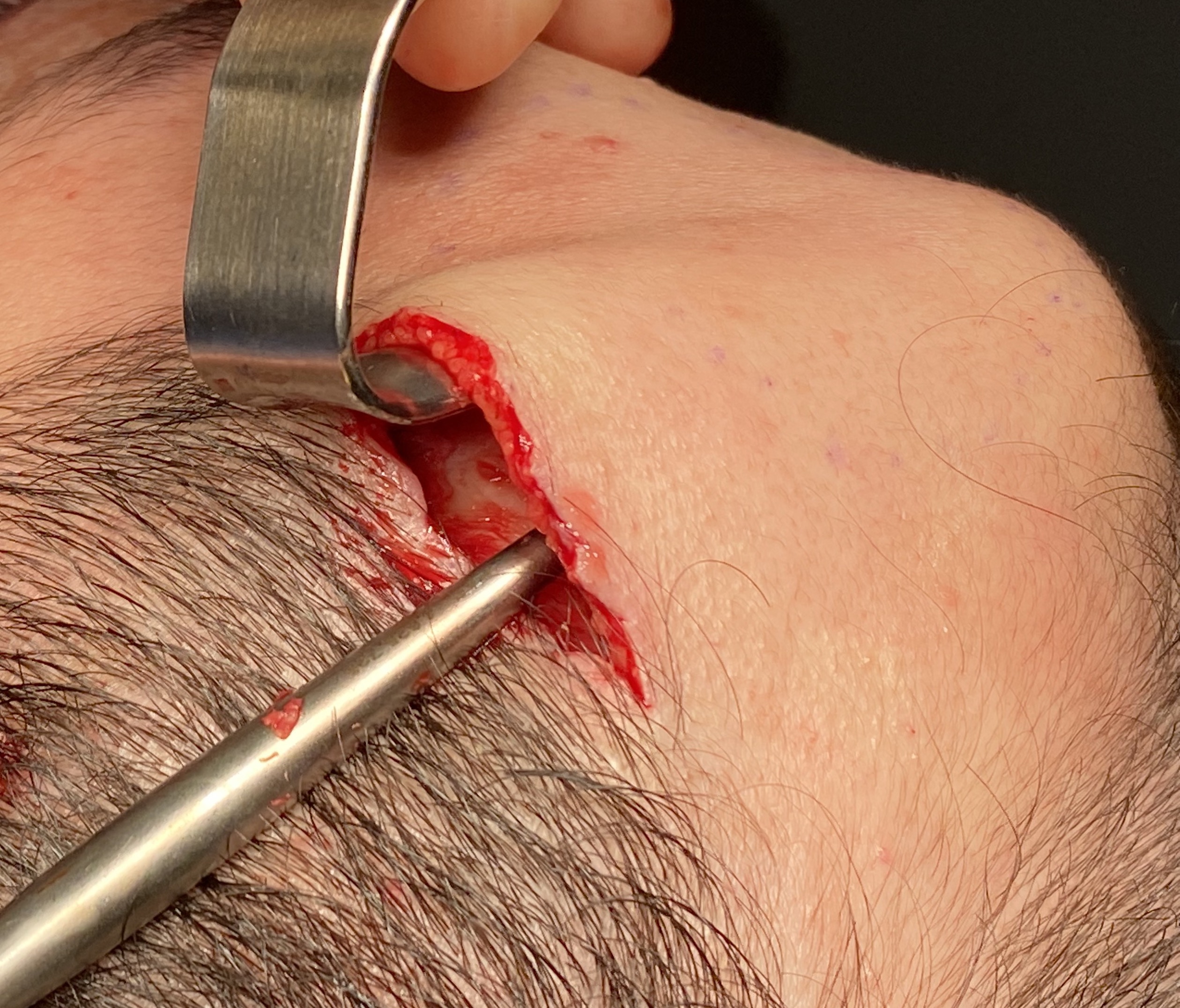 Background:  The shape of the bony forehead above the brow bones has numerous features including height, width and shape of its projection. A type of aesthetic bony concern of the forehead is too great a prominence or protrusion. The forehead sticks out and breaks the plane of its projection. The most well known example is that of frontal bossing where the forehead bulges out, particularly as it approaches the hairline. But there are numerous other examples of more limited protrusions such as forehead horns and asymmetries due to plagiocephaly.

In performing bony forehead reductions the only effective method of such cortical skull bone reduction is high speed burring. In using high speed burring instrumentation the key consideration is that linear access is required as the instrument is straight. In addition there are length restrictions as the distance from the end of the instrument to even a long shafted burr is a maximum of 8cms. These instrument restrictions have a major impact on the incisional access needed to do the surgery.

In doing forehead reduction with high speed burring it is all important to obtain a smooth surface at the end. The large flared cutting edges of burrs can make this difficult to achieve and the forehead is an unforgiving surface when it comes to any irregularities. As a result I like to finish any skull reduction surface with rasping instruments which can be used or bent into an angle. 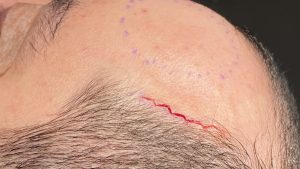 Case Study: This male desired to have a left forehead prominence reduced. Given the lack of a good frontal hairline the most direct access was an incision at the temporal hairline. 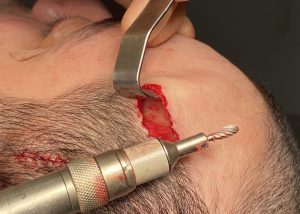 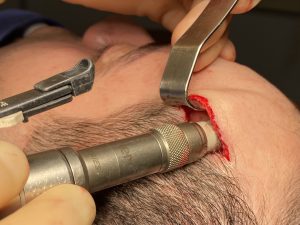 Through the limited temporal hairline incision, a handpiece and burr is inserted and the bony reduction is performed. It is important to protect the overlying skin with a curved retractor. Between the retractor and the size of the incision the burring reduction must be done inside the surgically created tunnel. As a result much of the burring is done blindly aided by external palpation between passes. 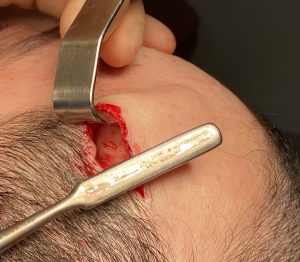 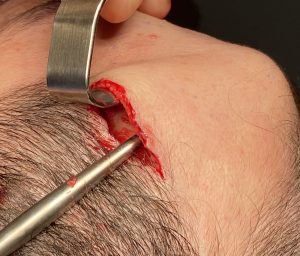 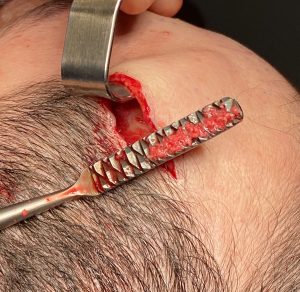 To smooth out the reduced forehead bone surface a large toothed rasp is used. Such rasps can not only smooth the surface of the bone but are also effective at some reduction as well. In small forehead bony prominences of limited thicknesses a rasping technique alone can be effective where the incision needed to do it would be quite small. 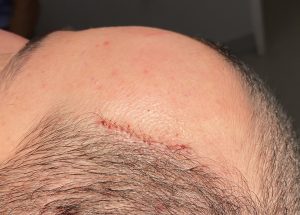 After the bony reduction is completed the hairline temporal incision is closed with small resorbable sutures. 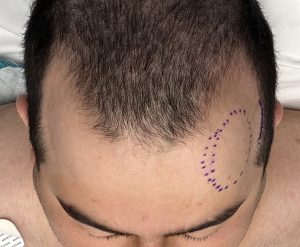 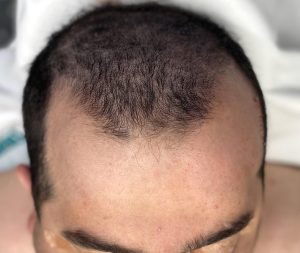 Short of performing a full coronal scalp incision with peeled down exposure, there is no easy way to perform bony forehead reductions. In females with good hair densities,  a frontal hairline incision can be made which does provide good access if the patient can accept a very fine line scar. But in men such frontal hairlines can not be consistently counted on to be available. Alternative incision locations must be used such as the temporal hairline location as in this case. But the key to their use is that their lengths need to be limited to reduce the potential scar burden. Such small incisions pose challenges for instrumentation and visibility. for which techniques have been developed to produce good results through them.

1) The primary issue in forehead bony reduction is access…where is the best aesthetic location for the incision which involves multiple considerations.

2) Forehead reduction can only effectively be done by high speed burring which requires linear access.

3) Smoothing the reduced forehead is best done by essentially polishing the bone surface which can be done by multiple sizes of toothed metal rasps.