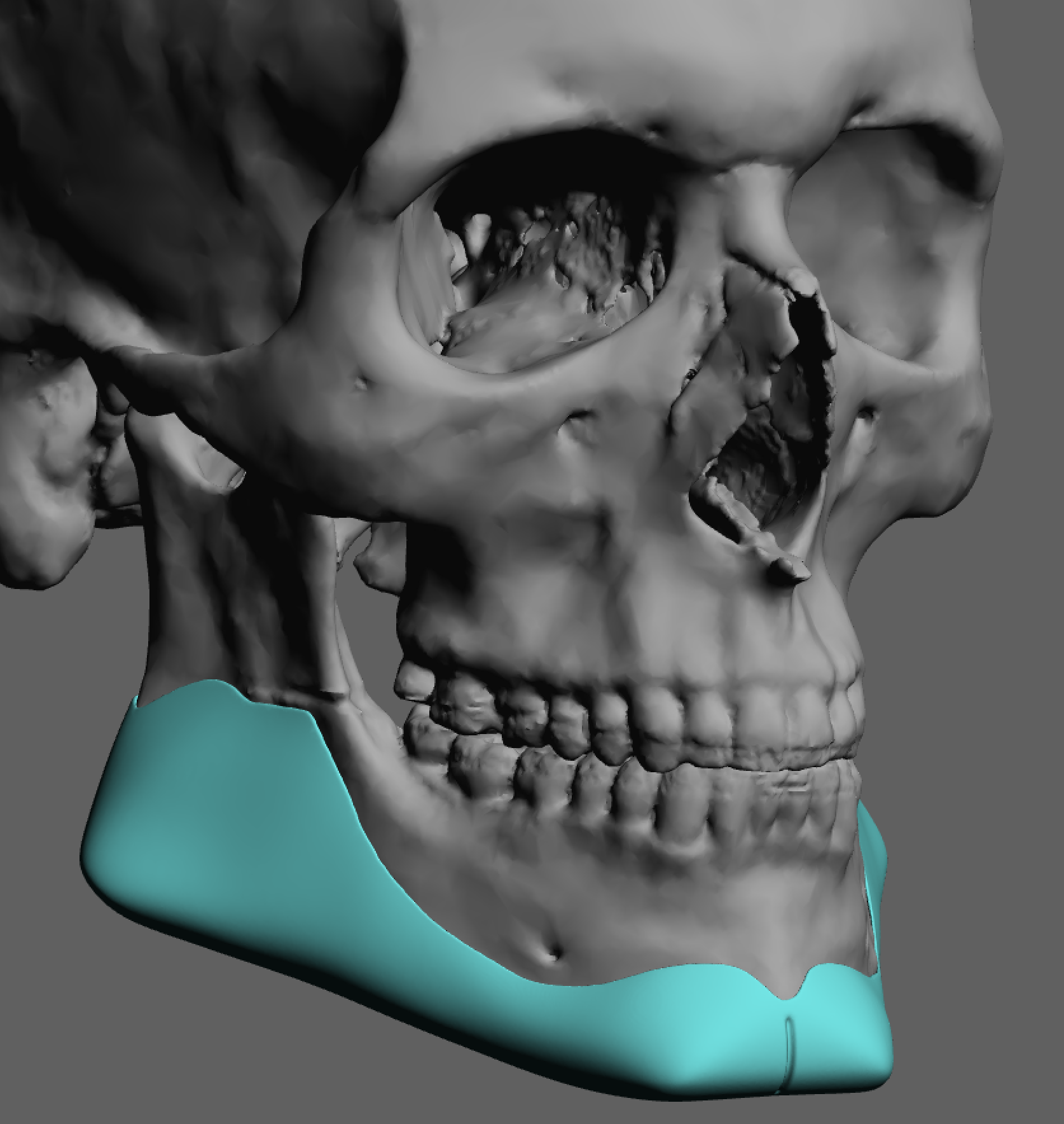 Background: The face is a multi-dimensional structure that can look different depending upon how it is viewed. What may look good in one view may create a less flattering perception when viewed at a different angle. The more components that make up the facial structure being assessed the more important it is to evaluate it from different angles.

The need for multi-view assessment is no better illustrated than in aesthetic jaw augmentation surgery. The oblique and side views create one angle of assessment while the frontal straight on view is the other important angle needed for a more complete evaluation.What makes this so important is that the jaw angles are paired structures that make up 2/3s of the lower jaw surface area and impact greatly on the shape and width of the lower third of the face.

While many patients desire more defined jaw angles this is often perceived as the need for vertical lengthening. While vertical lengthening has a powerful role in making the jaw angles more prominent in the oblique and side views, it will also make the lower face appear longer and wider in the front view. (more boxy or square-like) The same issue potentially arises with jaw angle width. The wider the jaw angles and the jawline is in front of the jaw angles the more defined it appears in the side and oblique views. But there is also the risk of it then appearing too wide in the front view. 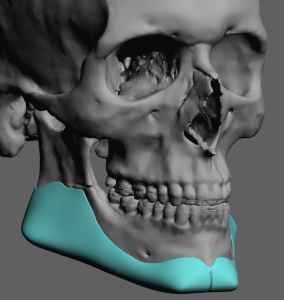 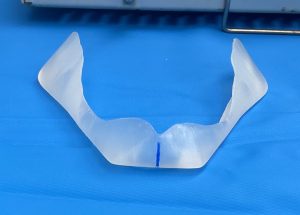 Case Study: This male desired total jawline augmentation with primary emphasis on the part of the jawline behind the chin. A custom jawline implant was designed and successfully implanted with no postoperative complications. 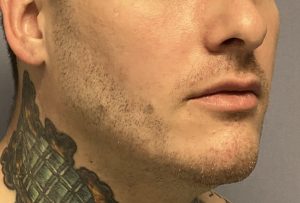 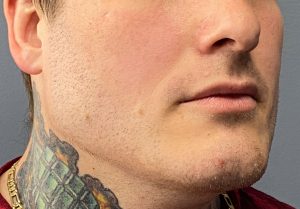 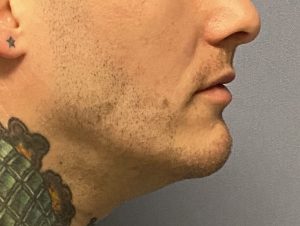 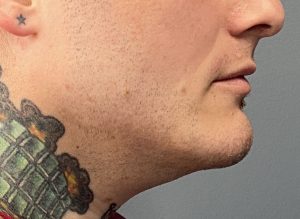 When assessing his result 3 months later, he has a very good result with an improved jawline appearance in the side and oblique views. 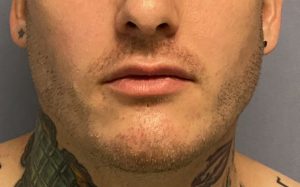 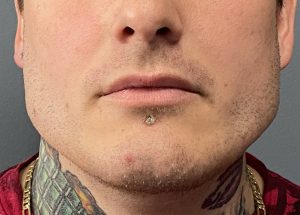 But when assessed from the front view it was clearly too wide…a very different perception than when seen in the other views.

It is a good example of the very dimensions of the implant that made the jawline much more visible in the oblique and side views is the very feature that make it too wide in the front view.

He subsequently underwent a revision to reduce the width of both sides of the implant from the chin back to the jaw angles by half its thickness. This will probably make the jawline a little less prominent in the side and oblique views but much more natural in the front view.

1) Jawline augmentation and its potential changes need to be assessed from multiple views…the side, oblique and front views.

2) The length and width of the jaw angles is a delicate balance between creating greater angle definition while not throwing off the facial balance with the rest of the face.

3) In attempting to create a stronger jawline it is easy to end up making it too big given the surface area coverage of the implant.