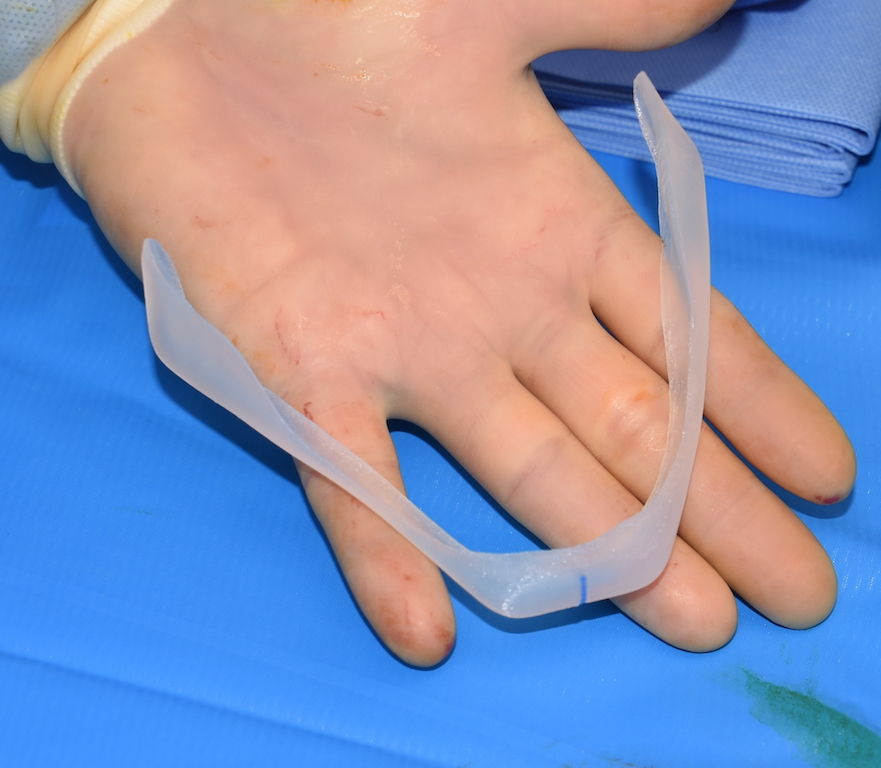 Background: While standard chin and jaw angle implants have their role to play in lower facial augmentation, there is no comparison to what a total jawline implant can do. As the name implies, it differs because it creates a line of augmentation along the entire border surface area of the lower jaw. In effect think of it as taking the natural bony line and expanding its contour as if that is the way it would have naturally grown.

Because of the border effect such jawline implants can be used to create large changes or more modest changes depending upon the patient’s aesthetic desires and their natural jawbone anatomy. Just as many men, if not more, request modest to moderate jawline augmentation effects as those that want a bigger change.

Case Study: This male had a fairly lower jaw shape but wanted some overall enhancement of its shape. The only dimension that was most obviously deficient was the vertical length of his chin on which it could be seen to have an upturn compared to the rest of the mandibular plane angle. 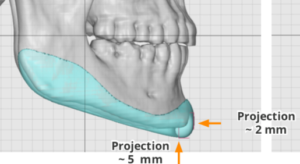 A modest in size jawline implant was designed which had its greatest dimensions at the jaw angle widths and the chin vertical. (5mms) Its total volume was 12ccs. 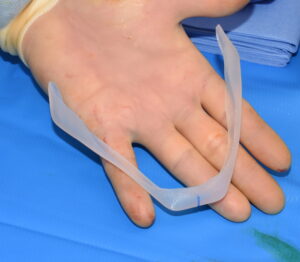 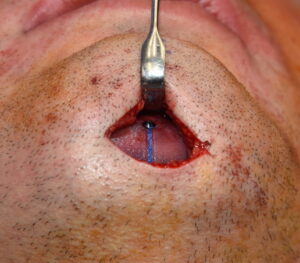 Under general anesthesia the custom jawline implant as placed in a front to back direction through the submental incision as a one piece implant. Paired intraoral incisions back lateral to the second molars were used to make the jaw angle portion of the subperiosteal pocket, position them in the designed location and secure their position with screws. The chin portion was secured with a single midline screw.

In doing many custom jawline implants what has become apparent is the inferolateral nature of the augmentation effect along the entire jawline. This is very different than typical chin and jaw angle implants which create a 2D effect but not typically a 3D type of augmentation. It is the combination of the long surface area coverage as well as that it wraps around the inferior border and can do so because of its custom design. This wrapping effect along its border allows even modest tension changes to have a significant aesthetic effect.

1) Custom jawline implants can create a variety of effects and are often done for an enhancement rather than a major lower facial change.

2) A few millimeters of jawbone augmentation along its entire length can create a more significant change than some may think because of its long surface area coverage.