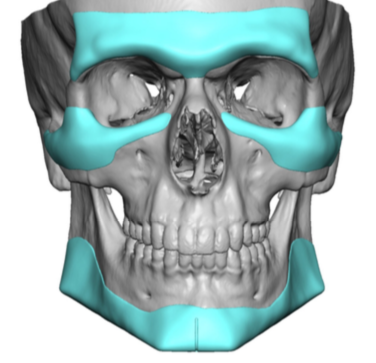 Background: The shape of the male face is obviously different in many ways from that of a female. The first difference is in its overall size with male faces generally being larger than females. The second difference is in the shape of the facial bones. While men have the same number and type of facial bones, their shape is different usually having greater thicknesses and projection. Most of these male facial bone differences are well known with more pneumatized brow bones at the lower forehead, higher cheekbones in the midface and stronger chin and jawline in the lower face.

When looking at the male face it is best to think of it as having three levels which are largely horizontally oriented. The brow bones have a specific topographic shape running across the top of the eye. The cheekbones have a central zygomatic body with horizontal limbs that extend from it towards the nose medially (infraorbital extension) and the zygomatic arch which extends laterally towards the ear. The jawline is largely horizontal in orientation with enhanced projections at its three corners. (chin and jaw angles)

When masculinizing the face it is always a question of which one of these facial levels needs to be augmented. The most request is for a jawline implant (one level) which often is combined with infraorbital-malar implants. (two levels) The upper level brow bones can be done alone but often is combined with the jawline or cheeks. In the most infrequent request is the make who opts to address all three levels in a total facial masculinizing effect. 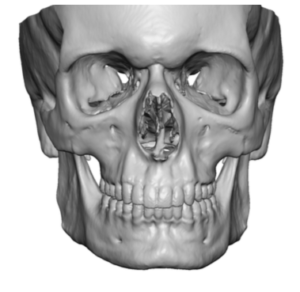 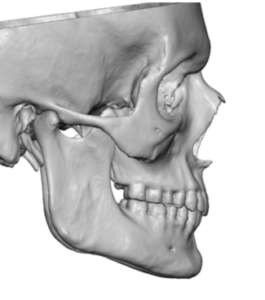 Case Study: This male desired to undergo custom brow bones, infraorbital-malar and a wrap around jawline implant. In looking at his 3D CT scan the most noteworthy deficiency were the infraorbital recession and tilting inward of the cheekbone and zygomatic arch and a vertically short chin. 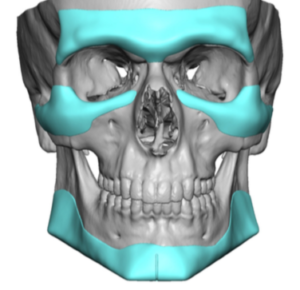 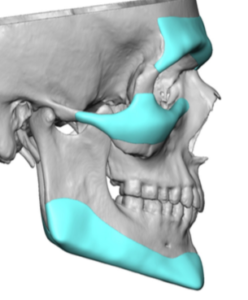 A three level custom facial implants were made to augment all horizontal levels of the forehead, midface and jawline. Each level implant can be considered a wrap around style with larger areas of bony surface area coverage. 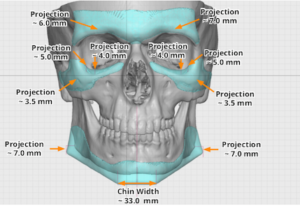 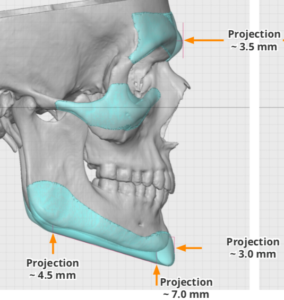 The designing of brow bones, infraorbital-malar and jawline implants each have their own unique dimensional requirements which will vary between each patient. 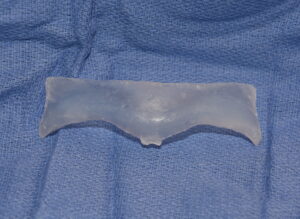 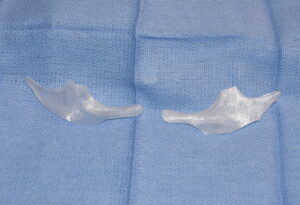 The infraorbital-malar implants were placed through limited subciliary eyelid incisions. 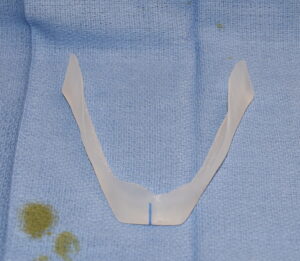 The jawline implant was placed last through the standard three incisional method with an external submental and a paired intraoral posterior vestibular incisions. Any implant that requires an intraoral incision should always be placed last for oral bacterial contamination reasons.

For the male seeking a total facial masculinizing makeover from a structural standpoint all three facial levels can be concurrently augmented. The most significant issue in doing so is the understanding of the recovery which will obviously be longer for swelling resolution than any one or two of these procedures alone.

1) Most men that seek custom facial implants do so in an effort for a facial masculinizing effect.

2) There are three potential levels of facial masculinization which are the brow bones, infraorbital-malar and jawline. Each level has its own unique bone/implant shape and dimensional requirements.

3) Men can undergo either one, two or all three levels (as in this patient) of custom facial implants all at the same surgery.