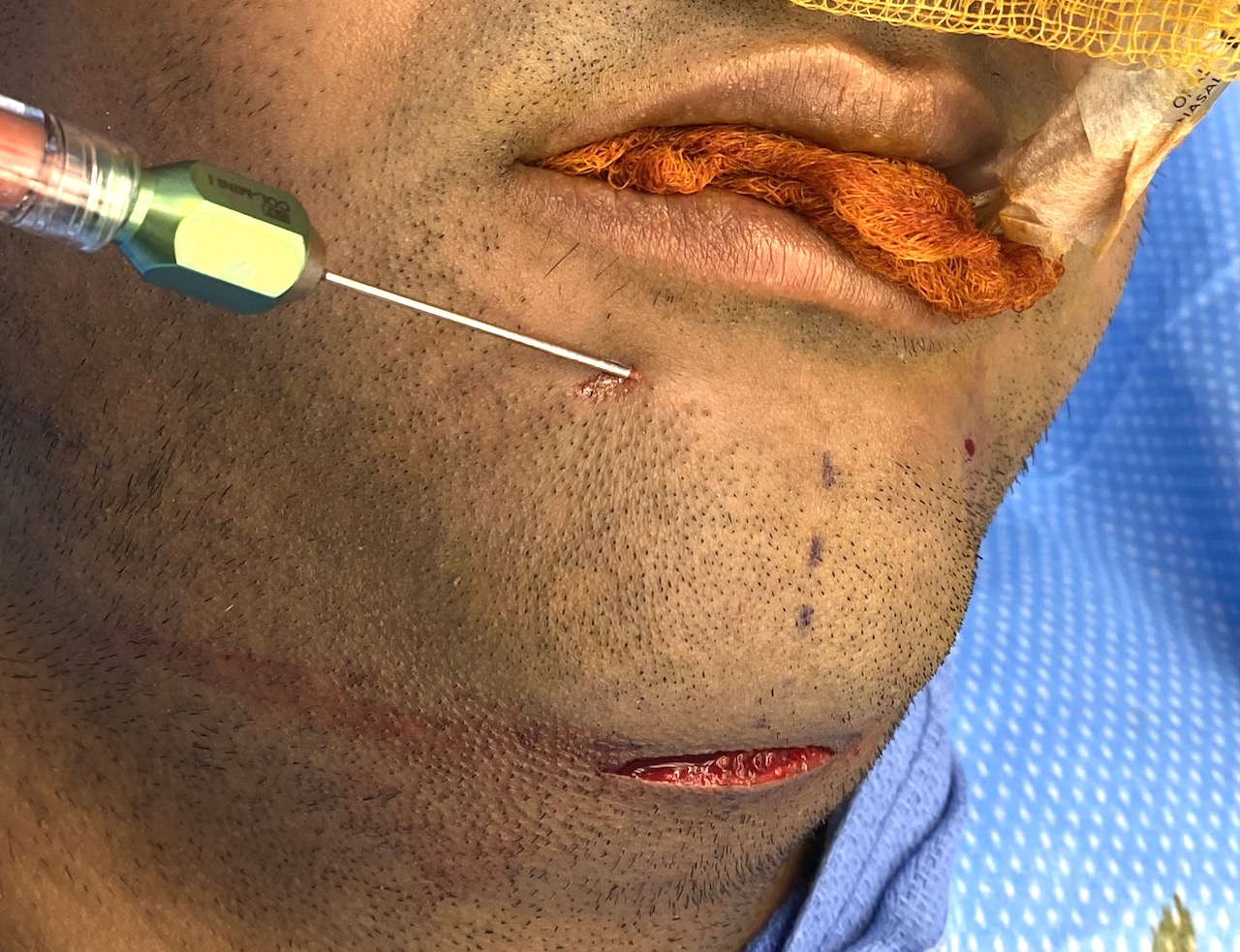 Background: Chin augmentation exerts its effects by pushing out the overlying soft tissue by augmentation of the bone. When done by an implant it can only push out the soft tissues that are released with its pocket creation and placement. This can change all chin areas with the exception of one….the labiomental fold. (perhaps better described in shape as a crease or indentation) 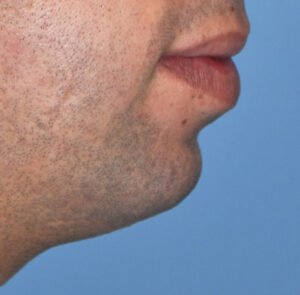 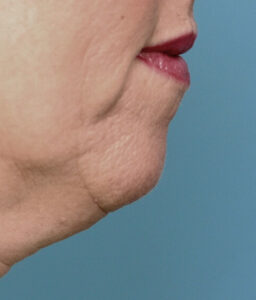 As the labiomental fold is a direct result of the attachment of the mentalis muscle to the bone and the vestibular mucosa above it, it should not be released or attempted to do so from below. Thus no implant can be made high enough to push out the deeper labiomental fold which is a common patient perception. Conversely the deep labiomental fold or one that may get deeper has to be managed directly which multiple options exist. The key question is whether the patient wants to treat it at the time of implant placement or secondarily after the implant surgery. When treating it at the time of surgery the options are largely limited than injectable approach…with care not to inject into the implant space. 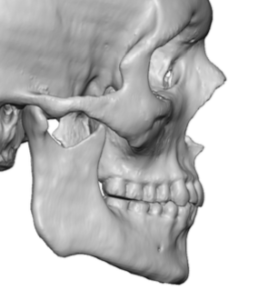 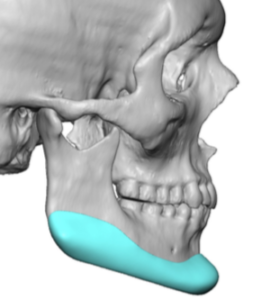 Case Study: This male was to undergo a custom jawline implant and was concerned about the depth of his labiomental fold. His 3D CT scan showed a negligible concavity to the bony chin at the attachment of the mentalis muscle. His custom jawline implant design would definitely create a deeper bony profile indentation. He opted to treat it concurrently with the jawline implant placement with fat injections. 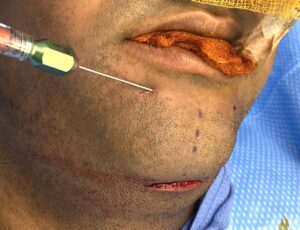 During the surgery the initial chin pocket for the custom jawline implant was dissected out from the submental incision. Fat was then harvested from the abdomen, concentrated and then injected with 1cc syringes through a needle entrance site on each side of the fold. A total of 3.5ccs of fat was injected. 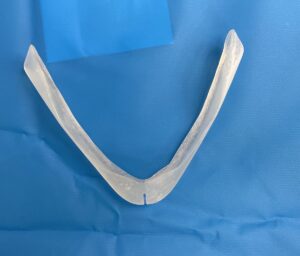 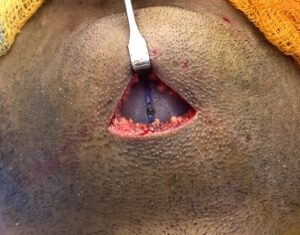 Then the jawline dissection was completed and the jawline implant inserted in a one piece front to back insertion technique.

It is important to inject the fat prior to the custom jawline implant placement to ensure that the implant pocket is not inadvertently injected and becoming contaminated. 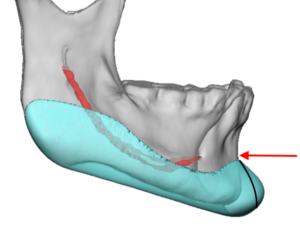 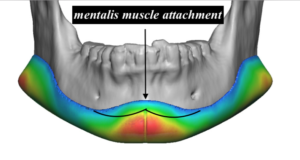 Other considerations in the custom jawline implant design is to create less roundness of the chin implant portion in profile. And/or lower the upper edge of the implant in the chin in the midline. Both are design options to limit how much the implant will push out the upper soft tissue chin pad, thus limiting the deepening effects on the labiomental fold.

1) The one soft tissue consideration in any form of chin or jawline augmentation is its effects on the labiomental fold.

3) The concurrent method of labiomental fold augmentation with jawline augmentation are fat injections with acceptance of their unknown volume persistence.