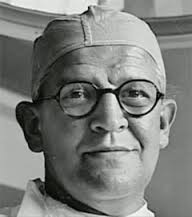 One of the historic names in plastic surgery that made great contributions to burn reconstruction was Sir Archibald McIndoe, a New Zealand born plastic surgeon. Out of Queen Victoria Hospital in East Grinstead Sussex England, he founded a Center for Plastic and Jaw Surgery. He treated close to a thousand severely burned airmen during World War II and developed new techniques for treating deep burns of the face and hands. The treatment of burns by surgical excision was just in its infancy back then and his work was viewed as experimental reconstruction efforts. As a  result, his treated patients became known as the Guinea Pig Club due to the experimental nature of the reconstructions and new equipment designed to do it. 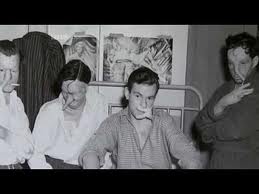 He discovered that the immersion of burns in saline promoted healing as well as improved survival, an observation made from pilots downed in ocean water vs the dry land. He also developed the ‘walking skin graft’ or the pedicled tube flap, a major innovation at the time that eventually gave way to free tissue transfer decades later. The tubed pedicle flap is done by forming skin and attached fat into a tubular pedicle by making parallel incisions with the ends remaining attached. Then one end is periodically detached and walking (free end rotated over the attached end and reattached) in series of operations which brought it eventually to the site of missing tissue.

But besides surgical reconstruction, he was a big believer in rehabilitation of burn patients. Not only to overcome the physical restrictions caused by burn scar contractors and tight skin but also back into society and some form of normal life. He recognized that the care of the burn patient does not stop at survival or grafting of the wounds.

While he died long ago in 1960, his innovative efforts in burn reconstruction laid the foundation for modern burn care and surgery we know today.