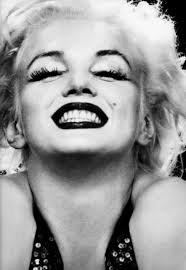 There is no more iconic Hollywood figure or sex symbol than Marilyn Monroe. Despite her relatively short life, she remains a recognizeable face today many decades after her tragic death. But despite her beauty she, like many famous people, was apparently not entirely happy with her looks. Medical records have recently come to light that reveal she had a chin augmentation procedure done in 1950. While chin augmentation seems like it is a cosmetic procedure that has been around forever, how we know it today is not always how it has been done. Monroe had her chin augmentation done at a time before synthetic chin implants were available. (silastic chin implants were not formally manufactured until the late 1960s) As her medical records show, she had a bovine cartilage (cow cartilage) implant put in her chin for the augmentation. While that seems like a crude approach for a facial implant by today’s standards, such animal cartilage grafts were not uncommon back in the first half of the last century. (what else could they have used) Miraculously it never got infected but it did eventually dissolve away according to medical records years later. Back then chin implant augmentations were small (central button style) and were not the more extended chin implants that are used today. In addition, these older chin ‘grafts’ were not placed down at the bone but more up under the skin in the subcutaneous tissue level. This would have created some central chin roundness for correction of a less aesthetic ‘flat’ chin.