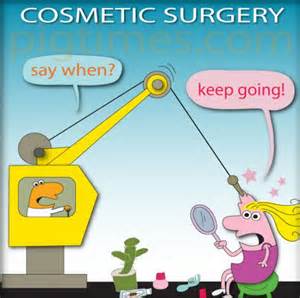 Almost everyone’s concept of a facelift is one that is pulled too tight. This misconception undoubtably comes  from celebrities who have made somewhat of a career and perpetual jokes about their own facelifts. Such notables include Phyllis Diller and Joan Rivers. They made a good living poking fun at themselves and their own taut faces. So entrenched is this belief that in almost every facelift consultation that I see today, the patient inevitably wants to now if they will be pulled too tight and look unnatural. Interestingly all of these patients are women since, not only do they make up the majority of facelift patients, but the overdone facelift concept goes back to women decades ago. This may change in the near future, as such celebrities as Kenny Rogers and Bruce Jenner, will have men sensitized to the same concept for decades into the future.

But the reality is that such facelifts results are in the minority and are often the result of poor technique or poor surgical judgment. With few exceptions, the vast majority of patients want a natural result  and ‘less is sometimes more’, particularly if it means a less noticeable result. Such fears are also why doing smaller types of facelifts earlier in life helps maintain a more natural appearance and never exposes one’s face to a drastic change when one is older.