The search for non-surgical methods to reduce fat has been ongoing for decades and recent devices are beginning to produce results that match some of the hype and the marketing. All use different types of energies that can pass through the skin without injuring it and help shrink fat that lies underneath it. 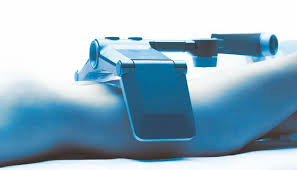 One such device is Vanquish and it can melt fat without surgery. The Czech-made Vanquish device uses “focused-field radio frequency” to target fat cells without ever touching the patient’s body in delivering its effects. It is FDA-approved for deep-tissue heating, a known method for targeting fat, and has minimal side effects. Its fat melting effects are due to be ing able to heat the fat up to 120 degrees which causes lipid release from the cell and actual cell death. The overlying skin only reaches a temperature of 101 degrees F which is not hit enough to cause skin damage.

It requires a series of treatments, usually four sessions spaced a week apart. Each treatment sessions takes about 30 minutes to complete. One lies underneath a device which has adjustable panels that are positioned around the areas of the body to be treated but doesn’t actually touch them. Sensors built into the device keep track of the temperature levels in the body fat and adjust the amount of energy that is delivered during the treatment period. 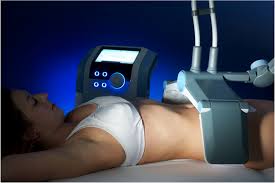 Even though the fat is heated up to 120 degrees, patient’s don’t say they feel pain, just a warming sensation. Afterwards there may be a few days of redness or swelling (confirming some injury occurred to the deeper tissues) over the treated area. Patients are advised to drink plenty of water after the treatments which helps flush out the broken down fat and dead fat cells. According to data from the manufacturer, there have been no complaints of tissue damage or injury.

While reported clinical studies are not extensive, one study put forth by the manufacturer of 25 patients demonstrated visible results after the first treatment. Over a course of four treatment sessions, an average of  a two-inch reduction in waist size was seen. . And because the device kills fat cells themselves, and not just releases the fat within cells, the results theoretically should be long lasting. 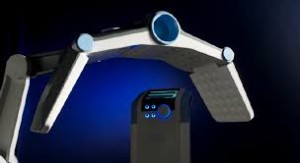 Currently, Vanquish’s clinical use is for the treatment of abdominal, love handle and back fat. That is due to the current limitations of the external panel designs. No doubt in the future that will be improved delivery designs for many other body areas.