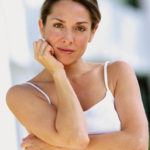 While cosmetic surgery is about improving one’s face or body appearance, whether one needs such surgery or not is open to personal interpretation or desires. How one sees themselves plays a major role in the ‘need’ for cosmetic surgery. It should be no surprise then that the use of antidepressant and other psychiatric medications has been reported to be twice as high in patients seeking cosmetic treatments over those that don’t. In addition, up to 15% of cosmetic surgery patients suffer from a well known psychologic problem known as BBD or body dysmorphic disorder. (compared to 1% in the overall population) Body dysmorphic disorder is when one is overly obsessive about some aspect of their appearance or have exaggerated concerns about their appearance. This drives them to not only have cosmetic surgery but frequently repeat or revisional surgeries to achieve an appearance goal that may not be achieveable. Sometimes this involves returning to the same plastic surgeon, but if turned away, they will find another surgeon to resume their change efforts. While one assumes that screening for the BDD patient is easy, there is no standardized screening tool for it. Often the plastic surgeon only makes the diagnosis after the surgery has been done and the patient is not happy with a result that may otherwise be acceptable to most patients.