Other than skin, fat is the most commonly manipulated tissue by plastic surgeons. Most people think of fat removal by liposuction when they think of plastic surgery by fat transplantation by injection is becoming increasingly popular. But when fat cells are removed or transplanted the questions are whether they will come back or do they survive and grow? The basic science of fat cell biology helps answer these questions.

Fat cells are created during the last three months of pregnancy and during puberty and are influenced by the estrogen and testosterone hormones. The development of fat cells and their distribution are the same in male and females until puberty when the surge in hormones changes their bodily distributions. After puberty, fat cells do not generally replicate or are created (fat cell hyperplasia) and their number remains fairly stable for the rest of one’s life. One may get heavier or get bigger in certain body areas because fat cells gets bigger taking on excess calories. (fat cell hypertrophy) This is best illustrated as to what happens in the bariatric surgery patient where extreme amounts of weight loss occur…their fat cells merely get smaller but not less in number. 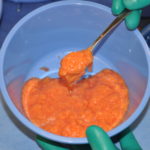