Valentine’s Day or St. Valentine’s is a sort of holiday that is celebrated in many countries around the world. Its occurrence is certainly not just limited to the United States. It has its origin in the Feast of Saint Valentine based on an early Christian Saint named Valentinus. Like some holidays and traditions, its actual history is mired in legend and embellishments but it dates as far back as ancient Rome…at least the name of the Saint does. 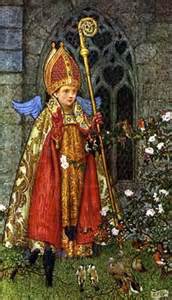 According to consistent historical tales, Emperor Claudius II executed two men, both named Valentine, on Feb. 14 of different years in the 3rd century A.D. Their martyrdom was honored by the Catholic Church with the celebration of St. Valentine’s Day. Legend has it that they were imprisoned and ultimately executed for performing weddings for soldiers and for preaching to the persecuted Christians. The romantic twist to Valentine’s Day did not emerge until the late Middle Ages, thanks to writers such as Shakespeare, where it became a day for lovers to express their affections with flowers, sweets and cards. (known as valentines)

With the settling of the New World by the English, the tradition naturally followed. The eventual Industrial Revolution made the manufacture of cards more widely available and Valentine’s Day (and other holidays as well) were changed forever with the mass production of valentines by the early 20th century by the Hallmark company. The extension to include other gifts of flowers, candy and diamonds as well as the image of Cupid are marketing extensions of the romance theme.

From a plastic surgery perspective, Valentine’s Day has become a focal point for procedural promotions. Any procedures that can enhance a woman’s attractiveness, from Botox to breast implants, is advertised and discounted if done before or on this day. This is no different than in many other retail industries. At least the ‘gift’ of plastic surgery, given by someone else or to themselves, will last a lot longer than most other traditional Valentine’s Day indulgements.