Preoperative Measurements and Sizing for Standard and Custom Pectoral Implants 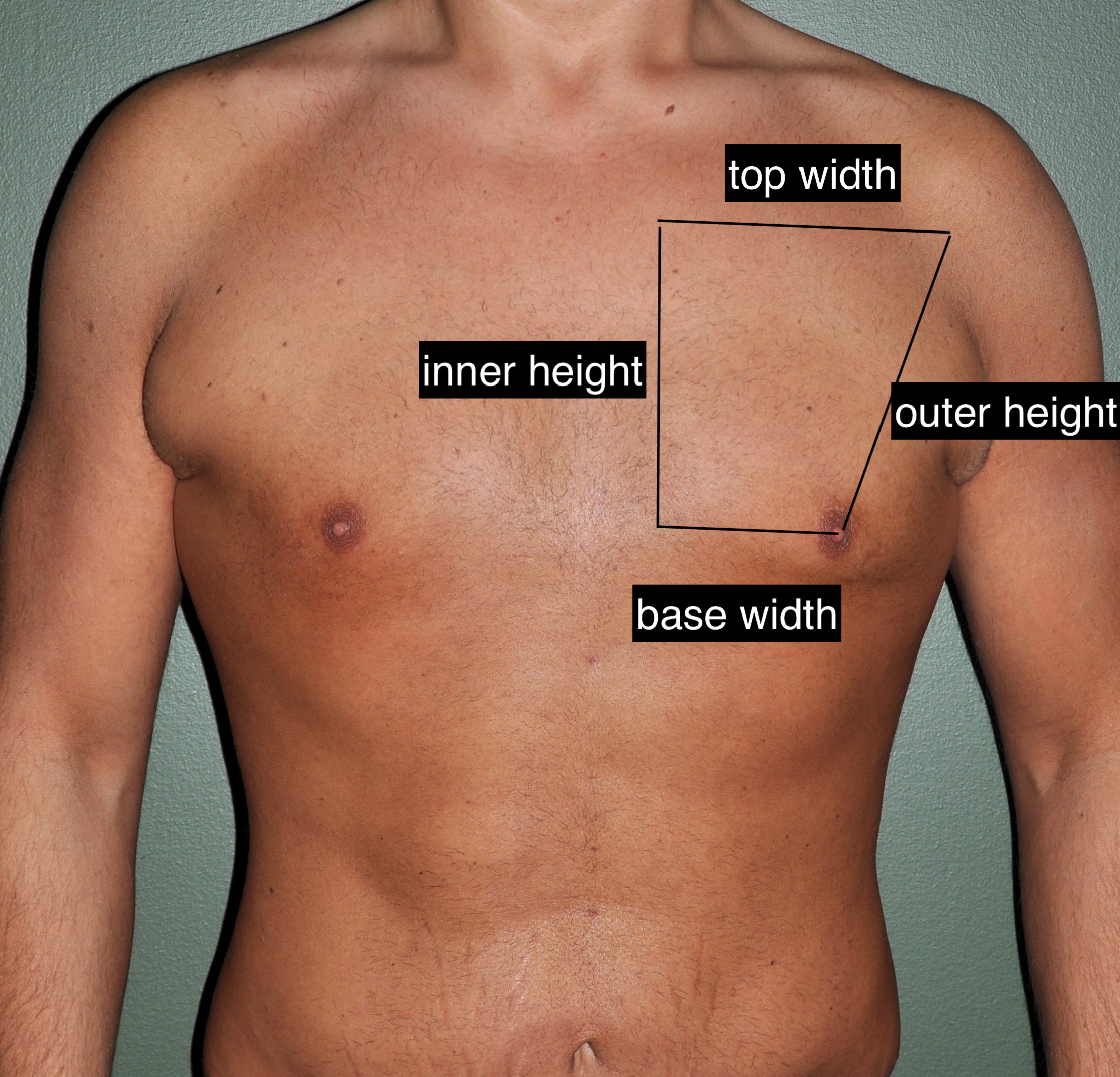 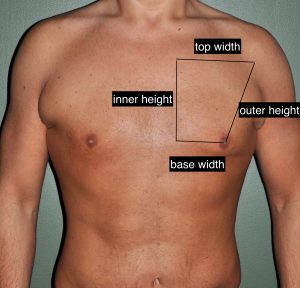 The one implant dimension that is less clear in pectoral implants is projection. This is less important for the male chest than in female breast implants since muscle augmentation is more about overall surface area enhancement rather than cresting a single thickest projection point.This also applies to volume of the implant while significance is less clear than in breast implants. For the vast majority of men the available standard styles and sizes of pectoral implants will suffice. 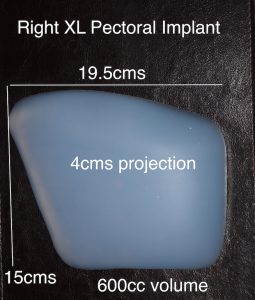 For the male who seeks an ‘extraordinary’ amount of pectoral enhancement this is where the role of the Powerflex II or XL pectoral implant was developed. With a 600occ implant volume and 4cms of projection this is going to satisfy most men who seek larger amounts of pectoral augmentation. The rare exception may be the very large male in stature that also desires a large pectoral augmentation result in which custom pectoral implant designs may be needed.