The Role of the Nipple Lift in Breast Augmentation

Some women that undergo breast augmentation surgery have various breast asymmetries. These could be differences in the mound size, level of the inframammary fold and the size and shape of the nipple-areolar complex. Because it is the most visible part of the female breast, the size and location of the nipple on the breast mound often plays a major role in how a breast augmentation result is perceived from a symmetry standpoint. 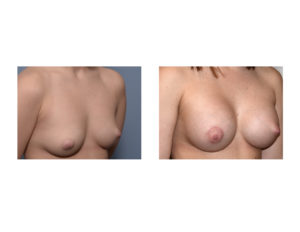 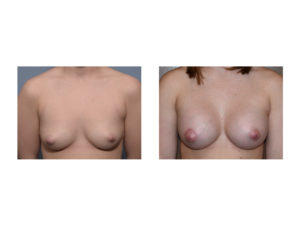 The only surgical management option is a superior crescent mastopexy (SCM) or, more accurately, termed a superior nipple lift. (SNL) Not a true breast lift, it is where the superior border of the areola is moved upward through a skin excision shaped like a crescent. The areolar margin can be moved upward from 10 to 12mms in most cases. This is usually enough to either make the upper margins of the areolas even or at least much closer.

It is important to realize that a nipple and a breast mound that is significantly lower than the other side may require a different management strategy. When the horizontal nipple distance is greater than 15mm,  a vertical breast lift would be more effective.

A superior nipple lift does so at the expense of small line scar at the areolar-skin margin. This scar will be red for a few months but usually fades to be inconspicous with more healing time.