OR Snapshots – Abdominal and Flank Liposuction

Liposuction is one of the most recognizable plastic surgery procedures and is the most commonly done body contouring operation. While there have been many innovations in liposuction devices and techniques over the past forty years since its U.S. introduction in the early 1980s, all such variations can produce effective fat reduction results when performed technically well. 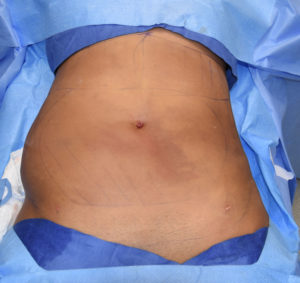 The most common body area treated by liposuction remains the abdomen and waistline. Since this is a central depot area of excess fat accumulation it offers the most reliable and significant area for suctioned fat removal. Performed in the supine position, all of the abdomen and the flanks (love handles) can be treated. The technique of treating one full side first allows both an appreciation of the preoperative body contours but a reductive target for symmetry. 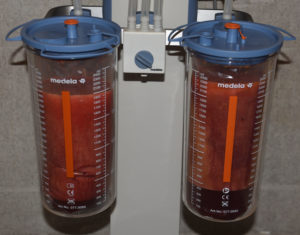 The safe amount of fat to remove in a single session of suction aspiration has been an issue of discussion. It is generally accepted that five (5) liters of liposuction aspirate is the maximum amount that can be removed without causing significant physiologic changes to the patient after surgery. While this is not an absolute number due to differences in patient’s body surface areas and weight, it provides guidance for what is an elective aesthetic operation. Such volumes of liposuction fat removal, however, is rarely an issue in abodminal and flank liposuction.