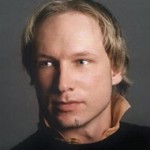 Almost anyone in the world is aware of the recent tragedy in Norway with the mass killings of an incomprehensible number of Norwegian teens and young adults. The murderer Anders Breivik appears to have acted alone, driven by his white supremacist and anti-Muslin views. What has caught my attention as a plastic surgeon, however, is comments that have been written about his facial appearance.

According to the head of Norway’s intelligence agency, it is believed that he had undergone plastic surgery in the past to look more “Aryan.” The agency’s head has stated that “You do not have that Aryan look naturally in Norway”…Hitler would have had him on posters. He has the perfect, classic Aryan face. He must have had a facelift.”

While I am not an expert on Norwegian facial structure, I do know that he would not have had a facelift to change his facial appearance. That is not what a facelift does. A facelift is what I call ‘anti-aging facial surgery’, where one is trying to return to one’s prior appearance. This does not change your face but rather makes it look rejuvenated and less tired like it did 10 or 15 years ago. But you still look like you, just a better you.

Rather he would have undergone ‘structural facial surgery’, where the foundational components of the face are altered. That can and often does change one’s appearance. Foundational facial procedures are done at the bone or cartilage level, not just the skin and soft tissues. This includes plastic surgery procedures such as rhinoplasty and facial bone augmentations. (forehead, brow, cheek, chins and jaw angles) According to reports, he supposedly underwent nose and chin surgery at age 21. This would make more sense as these can change the structure of the face and definitely can make one more Aryan in facial appearance, particularly if certain elements of the face are already there.

This raises the question of what is an Aryan facial appearance and why does it look so? The word Aryan, at least as it was perceived and used in Nazi Germany, specifically refers to being white, blond-haired and blue-eyed. But there is not necessarily a specific set or arrangement of facial features that are ascribed to an Aryan face. People talk about it and one would know if they saw it but may not be able to describe the details of it.  But what it undoubtably refers to is a strong and well-chiseled face. For a male this would be highlighted by well-defined facial bony prominences of the brows, cheeks, chin and jaw angles. The nose would have a strong and high dorsal line with a balanced ratio between the three nasal thirds. 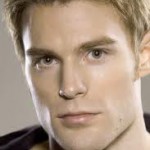 The concept of an Aryan face continues to exist today but it is better known as the ‘Male Model Face’. Most young male models in any advertisement today almost all have this type of facial appearance. Whether they have it by genetics, plastic surgery or the use of good lighting and/or Photoshop, the strong and desireable male face has these consistent features.

Plastic surgery techniques today can help many men undergo these type of structural facial changes. Rhinoplasty, anatomical cheek implants, square chin implants, vertical lengthening jaw angle implants and occasionally select fat removal below the cheeks and in the neck can create a face that has more well-defined angles and is more masculine in appearance. For some men, this ‘Male Model Surgery’ can be very effective provided they don’t have a lot of facial fat and not an overly round face.