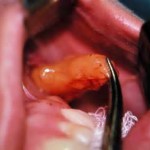 The buccal fat pad has a unique role in facial contouring surgery, It is a unique encapsulated fat pad and the only one that exists outside of the orbit on the face. This makes it a prime target for removal for several reasons. It is relatively easy to remove through a small intraoral incision. Once located beyond the buccinator muscle opening its capsule allows it to be extracted quite easily. Given the size of the fat pad, a buccal lipectomy procedure would also seem to create a substantial facial thinning effect.

The influence of removal of the buccal fat pad can be substantial on the face but in different ways that most people think. Its thinning effect is much higher that is often envisioned. It affects the area right under the prominence of the cheekbone and not all the way down to the jawline. While the immediate intraoperative effect of its removal is apparent, that effects will become greater with time as the overlying tissues shrink and contract around the voided buccal space.

While the buccal lipectomy procedure has been around for decades, it is fallen into a condemned procedure by some surgeons. With the acknowledgement that the face loses fat with aging, long-term sequelae from a buccal lipectomy may create a scenario where fat grafting restoration may be needed much later in life. In other words there may be a price to paid when one is older for what was done when one was younger.

While these long-term facial volume loss with aging (and other conditions) are real, this done not mean that a buccal lipectomy should never be performed. In the right full face which is genetically prone to roundness and thicker tissues, a buccal lipectomy has a valid facial contouring role. These are the type of faces that have a low risk of ever becoming too thin or developing a gaunt facial appearance.

The other approach for this type of facial fat removal is a subtotal buccal lipectomy. The buccal fat pad has multiple lobes and extensions. While large amounts of buccal fat can be teased out through an intraoral incision, this does not mean that the maximum amount of fat needs to be removed. In a subtotal buccal lipectomy the extraction is stopped after the first large lobe has been delivered. This will preserve a portion of the facial fat pad and prevent pulling down its temporal extensions. 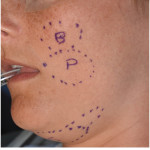 To get a good facial contouriong effect, a subtotal buccal lipectomy must be combined with perioral liposuction to get a more complete effect below the cheek bones.